The House bill is bipartisan, and was sponsored by Rep. Gerry Connolly (D-Va.). It prevents a future president from reimposing the destructive “Schedule F” that could move tens of thousands of career federal...

The House bill is bipartisan, and was sponsored by Rep. Gerry Connolly (D-Va.). It prevents a future president from reimposing the destructive “Schedule F” that could move tens of thousands of career federal jobs into what amounts to a new form of political appointment. A version of the same bill has been introduced in the Senate by Sens. Tim Kaine (D-Va.), Diane Feinstein (D-Calif.) and Chris Van Hollen (D-Md.). The key language says:

No position in the competitive service (as defined under section 2102 of title 5, United States Code) may be excepted from the competitive service unless such position is placed—(1) in any of the schedules A through E as described in section 6.2 of title 5, Code of Federal Regulations, as in effect on Sept. 30, 2020; and(2) under the terms and conditions under part 6 of such title as in effect on such date.

Section 3302 of title 5, United States Code, is amended—  (1) by inserting ‘‘(a)’’ before ‘‘The President’’;  (2) by striking ‘‘Each officer’’ and inserting the  following:  ‘‘(b) Each officer’’; and (3) by adding at the end the following: ‘‘(c)(1) The authority of the President to prescribe rules governing the competitive service under this section shall not include the authority to except from the competitive service positions of a confidential, policy-determining, policy-making, or policy-advocating character that are not positions normally subject to change as a result of a Presidential transition.  ‘‘(2) In this subsection, the term ‘positions normally subject to change as a result of a Presidential transition’  means— 21 ‘‘(A) any position that is a political position, as defined under section 4(a) of the Edward ‘Ted’ Kaufman and Michael Leavitt Presidential Transitions Improvements Act of 2015 (5 U.S.C. 3101 25 note); or ‘‘(B) any position in which the incumbent  serves at the pleasure of the President or the head of an agency.  ‘‘(d) The Office of Personnel Management shall prescribe regulations for the exercise of any authority under  this section.

It is great to see that there is serious attention being paid to this critical issue, and that, at least in the House, there is bipartisan support for it. That is encouraging. So — which approach is best? The House bill is direct and uncomplicated. It prevents Schedule F from rearing its ugly head by removing the authority to create new excepted service schedules beyond the five currently in place. The FSGG language is more complicated, but seeks to solve the problem by prohibiting placement of jobs that are currently not political appointments into the excepted service.

I see several problems with the FSGG language, which is unnecessarily complicated and may have unintended consequences. It lumps all excepted service determinations into the “bad” category, when they traditionally have not been considered to be bad. There is nothing wrong with the existing excepted service schedules and they serve useful purposes. For example, if an agency is having difficulty hiring for a policy-related position and wants OPM to agree to Schedule A authority for them, I think this language would not allow that. Schedule A is the workhorse schedule that is used for about 65,000 jobs, 25,000 of which are at grade GS-13, 14 and 15. Many of those are likely to be policy-advocating or have other policy related duties that would prohibit them from being placed in the excepted service. But they already are. Would the FSGG language require they be taken out of Schedule A? What if there is conflicting statutory language that made them Schedule A to begin with?

Proponents of the House approach argue that a simple fix is by far the best approach. Proponents of the FSGG approach argue that removing the president’s authority to create new excepted service schedules is an unnecessary restriction on the president’s flexibility in managing the executive branch. I believe the House approach is the correct one.
The existing schedules A, B, C, D and E serve useful purposes and are flexible enough to cover almost all newly arising legitimate needs. A total of about 90,000 permanent jobs are in the excepted service today. The existing schedules address excepted service determinations that are made due to difficulties in hiring and for unique circumstances. In the event a court decision or unforeseen circumstance requires a new excepted service schedule to be created, Congress could pass legislation to specifically authorize it. New excepted service schedules are traditionally so rare that this would not create a burden for the executive branch. In fact, our experience with Schedule F proves that the executive branch has so much authority that it can use it to dismantle a portion of the merit-based civil service. Restricting that authority is not a mistake — it is the objective, and it would place a much-needed guardrail in place to prohibit future abuse of excepted service designations.
I urge the Senate to join their colleagues in the House and include the Preventing a Patronage System Act language in the 2023 NDAA. It is a direct and effective means of eliminating the possibility of a new Schedule F and preserving merit, rather than political patronage, as the means of filling critical jobs in the civil service. 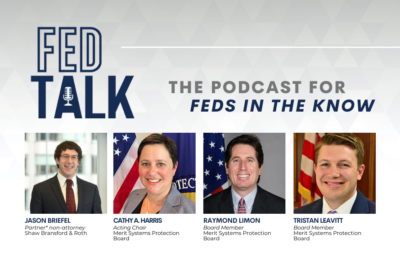 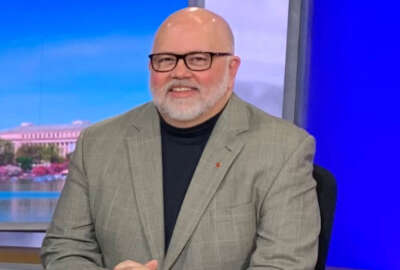