Transactional data reporting: A logical step in the evolution of the MAS Program

In 2016, the General Services Administration issued a final rule to amend the GSA Acquisition Regulation (GSAR) to require that vendors report transactional data from, among other things, GSA Schedules orders. This data includes purchasing information associated with orders for goods and services, like product descriptions, quantities purchased and prices paid. At the time, GSA had “experimented with collecting transactional data through some of its contracts and found it instrumental for improving competition, lowering pricing,...

In 2016, the General Services Administration issued a final rule to amend the GSA Acquisition Regulation (GSAR) to require that vendors report transactional data from, among other things, GSA Schedules orders. This data includes purchasing information associated with orders for goods and services, like product descriptions, quantities purchased and prices paid. At the time, GSA had “experimented with collecting transactional data through some of its contracts and found it instrumental for improving competition, lowering pricing, and increasing transparency.” Though many of us in industry had concerns about how this rule would be implemented, in the fullness of time, we have come to see that Transactional Data Reporting (TDR) really represents the next logical step in the evolution of the Multiple Award Schedule Program, as that program responds to the dynamic commercial market.

Currently, in evaluating Schedules pricing, GSA makes use of two tools: the Commercial Sales Practices (CSP) format which identifies, for each Special Item Number (SIN) under a Schedules contract, the sales and pricing information juxtaposed to pricing (including discounts) provided to an identified Most Favored Customer (MFC), and the Price Reduction Clause (PRC), which requires the identification of a customer that serves as the basis of award and how changes in prices to that customer will affect the government. These tools did not always exist in their current format, as if promulgated in Leviticus. Rather, they evolved over time.

The PRC, for instance, has its roots in the 1950s Article 13 (concerning “Price Reductions”) of the General Provisions for Federal Supply Service contracts. This provision required that, if a contractor reduced the comparable price on a product or service offered to any commercial customer, a proportional reduction had to be made to the Schedules contract price. In 1967, a regulatory revision narrowing what constituted a trigger for a Schedules price reduction was implemented, and that revision evolved over time until, in 1982, GSA instituted the current “basis of award” (BOA) practice, again narrowing the PRC’s scope vis-à-vis what triggers a price reduction notwithstanding the requirement to report price reductions generally.

Regarding commercial sales practices, in 1982, GSA policy required contractors to use the Discount Schedule and Marketing Data (DSMD) form to report their standard commercial practices, discounts and pricing structure in their initial schedule proposal. Following litigation in the early 1990s that identified the potentially overly broad nature of the DSMD, in 1997, GSA replaced the DSMD with the CSP disclosure, which reduced the information required of contractors. It requires that contractors only supply information on discounts and prices that are better than what the government would receive under the proposed contract. The CSP essentially remains unchanged.

In the wake of this evolution, the government has experienced significant benefit. For one thing, the government now enjoys continuous open seasons under the program, enhancing vendor market participation, which, in turn, increases overall competition, putting downward pressure on pricing. In addition, statutory and regulatory competition requirements now govern the task and delivery order process. Competition now is taking place at the order level, when requirements are definitized, injecting realism into the pricing process. Further, mandatory use of the Schedules has been eliminated, essentially injecting competition on the government side, incenting program and process improvement to attract agency customers. Finally, in the face of the foregoing, the Schedule program has grown from about $3 billion to over $30 billion. At the same time, the scope of audit activity has been reduced. For instance, post-award audit of pre-award information.

Now comes the GSA’s effort to use TDR, which focuses on data derived at the order level. This data is useful for the government and industry. It allows the government to understand the nature of a market that has become increasingly dynamic and to react accordingly with real time data. So too, leveraging the submission of TDR reduces contractors’ cost of doing business by eliminating the PRC administration and risk. All told, TDR is a response to the changing nature of the market. Just as the CSP and PRC represented an evolution of GSA’s contracting tools in commercial practices, TDR is but another step in that evolution.

Notwithstanding the benefits and efficiencies associated with the use of TDR, there are some stakeholders that have expressed concerns about its use. They worry about the reduction in the totality of information provided by contractors, and they question whether TDR will yield the lowest cost alternative to the government. Against the totality of circumstances, however, these concerns may be misplaced.

To begin with, not all reductions in access to information carry negative consequences. As stated, over time, with each evolution of the tools utilized to assess pricing, the government has enjoyed significant benefit notwithstanding the fact that the aperture of the lens focusing on information has narrowed. Without a cost-justified program purpose, it makes no sense to cast away that benefit for the sake of simply accessing more information.

By way of example, consider the nation’s study of outer space. In the past, legions of astronomers would scan the breadth of the universe to fulfill their scientific studies. This practice was good for the time (and, in some circles, it still may be necessary and utilized), but today, with the evolution of technology, scientific missions can be focused and enhanced by utilizing tools, like the James Webb Space Telescope. In a defined region of space dictated by research needs, it would make no sense to avoid the use of that telescope simply because it obviates the need for using many astronomers to gather information on the entire universe at once. So too, without a programmatic driver, it makes no sense to bar GSA from using TDR as a tool to focus on obtaining defined, real-time pricing data.

Regarding whether TDR yields the lowest cost alternative to the government, 41 USC 152(3), when discussing competitive procedures, recognizes that competitive procedures established by the GSA Administrator are to include those resulting “in the lowest overall cost alternative to meet the needs of the Federal Government.” (Emphasis added.) This standard is important because it reflects a recognition that there are multiple program drivers associated with procurement, like time, system compatibility, supply chain continuity, and administrative cost, that impact price and yield a Total Acquisition Cost (TAC). A narrow fixation simply on the lowest price, rather than TAC, could yield a perverse result where the government’s administrative cost of chasing the lowest price exceeds the benefit of isolating that price. Such a result is hinted at in GSA’s proposed TDR rule, where it noted that only 3% of contract price reductions under the PRC came from the tracking customer process, notwithstanding the PRC’s unnecessary compliance cost impact on businesses, especially small businesses. Rather, “[t]he vast majority (approximately 78%)  .”

In light of the foregoing, GSA’s desire to evolve its process via the use of TDR is not without merit. It deserves a full airing before being dismissed out of hand. 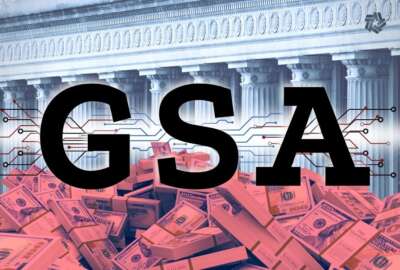 GSA should stand by the TDR program 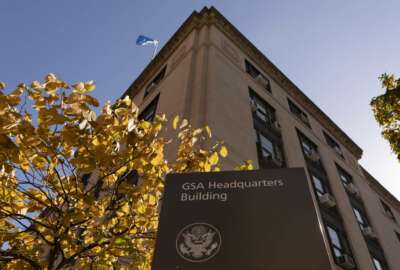 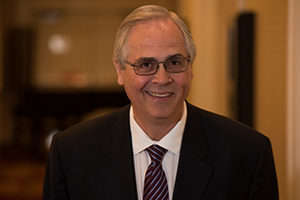