In March 2006, a team of investigators at the Government Accountability Office used counterfeit documents to smuggle into the country enough radioactive material to create two dirty bombs. It was part of a report detailing gaps in security protections at the U.S. border.

Last year, alone, the agency examined whether the Food Drug and Administration had done enough to assess the health risks of consuming raw oysters and conducted an undercover operation of...

In March 2006, a team of investigators at the Government Accountability Office used counterfeit documents to smuggle into the country enough radioactive material to create two dirty bombs. It was part of a report detailing gaps in security protections at the U.S. border.

Last year, alone, the agency examined whether the Food Drug and Administration had done enough to assess the health risks of consuming raw oysters and conducted an undercover operation of for-profit online colleges.

It’s all a far cry from the green eyeshade accountants that once peopled the General Accounting Office.

A 2004 law realigning its compensation system also made a change to the very public face of the agency: it’s name. GAO would henceforth stand for Government Accountability Office.

“Some might wonder why GAO felt a need to tinker with an institutional identity so strongly associated with government economy, efficiency and effectiveness,” then-Comptroller General David Walker, wrote in a July 2004 Roll Call op-ed. But GAO’s mission had evolved , he said.

“Today, most GAO blue-cover reports go beyond the question of whether federal funds are being spent appropriately to ask whether federal programs and policies are meeting their objectives and the needs of society,” Walker wrote.

Today, as the size of the deficit has become an issue of pressing concern and the size of the government itself has come under scrutiny, GAO’s current mission has never seemed more relevant.

In his role, Bowling is responsible for ensuring GAO’s reports adhere to professional standards. “Quality is absolutely essential to who we are because people rely on us for telling it like it really is,” he added.

The majority of GAO’s work is initiated in one of two ways — either because it’s mandated by a particular law or because a congressional committee has requested it.

Officials meet once a week to examine the requests that have been made in that time. The mandated work comes first, then requests from congressional committees.

“At this point, we don’t really have the staff to address individual member requests,” Bowling said. A slash in congressional appropriations last year has set the agency on a course to hit its lowest staffing levels since the 1930s. (Click here to read more about GAO’s budget).

Once projects are decided upon, GAO reviews the specific questions lawmakers want answers to and devises a method to answer them.

“That can involve a wide variety of approaches — from a nationwide survey to an investigation at a particular installation,” Bowling said. “In some cases, there’s a lot of interviewing and paper research, data mining.”

There are 13 different mission teams at GAO and a special office made up of subject-matter and technical experts, the Applied Research and Methods division.

The division, which houses experts in science, economics and analytical techniques, consults with the various mission teams to help them devise the best method for investigating a particular set of issues.

The teams often work in concert with each other, Bowling said. For example, a report on a weapons system would likely draw upon the IT, defense and contracting units, Bowling explained. “Each team will be a little bit different,” he said. “The mix will depend on the questions being asked.”

A report can take a few days to several months to research and assemble. The average time is about 7-1/2 months, Bowling said. But that depends on the complexity of the request and the legwork required.

Some research methods eschew the typical document-diving in favor of a more active approach.

“One of the advantages to having a GAO in government is we do actually get out there and, as we like to say, ‘kick the tires,'” Bowling said.”GAO is somewhat unique in the degree to which we can do that type of field work to discover things that, essentially, nobody and, perhaps not even the agency itself, had any idea were going on.”

Janet St. Laurent, the managing director of the Defense Capabilities and Management unit, led a team that probed the military drawdown in Iraq, specifically the plans for managing the tons of equipment and scores of contractors as the military withdrew. (Click here to read more about the report).

But before heading out into the field, St. Laurent said, the first step was to get the perspective of leaders at the Pentagon.

“Then, when you go out to the field, to Iraq, you get more of the … gumshoe approach — what’s actually occurring,” she said. “Hopefully those two blend together: What you hear in the Pentagon is fairly consistent with what you see and what you experience when you go out and talk to commanders in the field. But that’s not always the case, and you do get a little bit better sense of what’s going on, of course, by going out there.”

A three-person GAO team based in Iraq conducted interviews with military officials and contractors.

St. Laurent, herself, traveled to Iraq in late 2010. She inspected a few bases and met with senior military leaders. She even discussed efforts to counter improvised explosive devices with an Iraqi general over tea.

The report was released last September after a full year and a half on the project.

St. Laurent acknowledged the agency has experienced “access issues” from time to time in dealing with the Defense Department.

“Most of the time, the cooperation is pretty good,” she added. “I think they do understand that our role is to provide Congress with an independent perspective on (how) things are going.”

“I’m sure many of the instances where we deal with an agency on a program that seems to be troubled, having difficulty, they’re not always happy to see us,” Bowling said. “It’s going to result in an exposure of something that perhaps needs to be improved — hopefully nothing serious — but in some cases, yes, they are serious issues that our work uncovers. And, of course, no one enjoys that.”

John McCarl, who served as the first comptroller general from 1921 to 1936, didn’t seem to mind ruffling administration feathers.

Legend has it that when he quizzed then-Interior Secretary Harold Ickes (a close confidante of President Franklin Roosevelt) on how a camera at the department would be used, the irritable Ickes replied, “To take pictures, you damned fool.”

Tension between GAO and an agency being investigated is not a thing of the past.

Hanging on a wall in one of the agency’s interior corridors is a framed copy of USA Today from 2002: “GAO chief, Cheney barreling toward showdown,” the front-page headline reads.

Walker, the former comptroller general, had sued the Vice President’s office to gain access to the records of an energy task force Vice President Dick Cheney had convened. The agency ultimately withdrew its lawsuit.

“We have an ongoing relationship with most of the agencies in government, where they understand what we’re doing, who we are,” Bowling said. “In many cases, they actually embrace the fact that we’re helping expose a situation that they think needs to be remedied as well. In other cases, they’re probably less enthusiastic about having us show up. But I think, in the end, the results justify whatever discomfort might be experienced at the time.”

Perhaps the best measure of agency cooperation with GAO — or at least the most quantifiable — is the degree to which the agency’s recommendations are adopted.

In 2011, 82 percent of GAO’s recommendations were implemented, Bowling noted.

‘…At the seat of government or elsewhere’

The agency’s evolution toward program evaluation didn’t happen overnight. But there were hints of GAO’s expansive role nearly from the beginning.

The 1921 Budget and Accounting Act pulled oversight of federal financial management, then in disarray following World War I, out of the executive branch and into the newly-created General Accounting Offce, which reported directly to Congress.

According to an extensive history of the agency written in 1991, the law “empowered the Comptroller General to ‘investigate, at the seat of government or elsewhere, all matters relating to the receipt, disbursement, and application of public funds'” and to inspect government operations at the behest of Congress.

The expansion of federal spending in the 1930s under Roosevelt’s New Deal programs significantly widened GAO’s scope of operations. During World War II, the agency’s workload increased dramatically and staffing rose to its highest level — 14,000 employees by 1945.

In the 1960s, GAO auditors became particularly pointed in their reports of waste and mismanagement in defense contracting. And throughout the 1960s and 70s, the agency shifted away from primarily performing financial audits and moved toward program performance.

The shift in the type of work GAO does — from accounting to accountability — has also been reflected in the changing face of its workforce.

“Forty years ago, we were hiring mostly accountants, government majors … a few MBAs. Now, it’s expanded as the scope of issues the Congress has to address has expanded,” Bowling said.

Today, when analysts are hired, they’re typically brought on board as “generalists,” and rotated around to a few different mission teams to get a feel for a variety of work.

“Once you learn our common methodology, you can apply it in so many different circumstances, to so many issues,” said St. Laurent, who led the Iraq drawdown report. When she first began working at GAO’s Boston field office after graduate school 34 years ago, she helped write reports on everything from conservation programs to submarine-building.

“What I think is most important about GAO’s work is that we use a consistent methodology and approach,” she added. “And that’s really what we need to teach our new people. Then they begin to build up the subject-matter knowledge.”

The agency has consistently earned high marks for the management of its workforce. In the past three years, it has ranked within the top three spots on the Best Places to Work in the Federal Government survey.

John Palguta, the vice president for policy of the Partnership for Public Service, which releases the report each year, said GAO ranks high on the list, in part, because employees are so engaged in their work.

“They take the job seriously. … They get great satisfaction from the fact that they believe they’re able to make a difference in the studies that GAO does,” Palguta said. “They believe the work is meaningful.”

However, with a cut in congressional appropriations this year and moribund staffing levels, some employees have expressed concern, said Ron La Due Lake, the president of the GAO Employees Union.

Still, the nature of GAO’s work engages employees, said La Due Lake, who also works as a senior methodologist at the agency.

“People at GAO, when you speak with them, they love their work,” he said. “People stay there because they find what we do very interesting intellectually, a big, important contribution to the Congress and to the American people. People take a lot of pride in this.”

Check out the rest of our special GAO series: 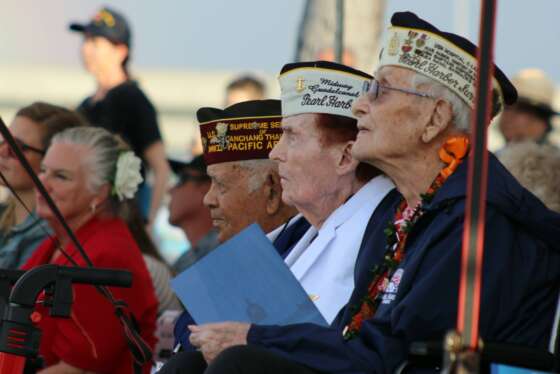