A key member of the House Oversight and Government Reform Committee said averting a government shutdown on Dec. 11 weighs heavily on the minds of his fellow members.

“Part of the big policy things that we’re talking about is not only the debt ceiling, but funding the government and how we need to do that three months ahead of time. We can’t do that on this particular deadline, but we know when these deadlines are coming up,” Meadows said. “I think what you’ll see out of a new speaker — whether that’s Paul Ryan (R-Wis.) or somebody else — is a much more deliberative process that does things a whole lot earlier so we’re not going from crisis to crisis.”

Just as federal employees fear a government shutdown amid the holiday season, Meadows has his own reasons for keeping the government open.

“My son is getting married the following day, and so I plan to make sure that it’s taken care of long before Dec. 11,” Meadows said.

As the House talks about new leadership, Meadows said even some of the most conservative members believe real budget negotiations must happen in November to avoid another crisis point in Congress.

“We believe that if you get up to the Dec. 11 deadline and you’re talking about a possible government shutdown, [then] we have failed,” Meadows said. “Talking about a government shutdown in December is not only something that we don’t believe will happen, but the other part of that is it’s not conducive to making good decisions moving forward. There’s a real emphasis to get on this in the month of November.”

Looking ahead, Meadows said the oversight committee should look at ways to strengthen the federal workforce, rather than just single out poor performers.

Senate lawmakers are also looking to promote continuity. The chamber has passed a bill that would smooth the transition process between presidential administrations by bringing in more federal managers to the table.

“Sometimes we diminish the value of those career employees or appointees, and we’ve diminished the value of their institutional knowledge. And this [bill] tries to correct that,” Meadows said.

The bill currently sits in the oversight committee’s inbox, along with the House Homeland Security Committee. Meadows said the bill ensures more cohesion in government between presidents.

“It really needs to have a continuity,” Meadows said. ”There’s a whole lot from a federal workforce standpoint, from a planning aspect, from knowing what we’ve been doing and going into a new administration, whether that’s of the same party or a different party.

He said the bill would make the transition window longer and make the process more in-depth.

“I think it’s just more about proper planning than anything else,” Meadows said.

Prepping a President to assume office, he said, is a much more involved process than most members of Congress realize. And, Meadows added, freshmen members often find their transition to be daunting.

“The learning curve is huge,” he said. ” I can tell you it’s one of those things that you can be in office as a member of Congress for over a year before you go, ‘Oh, I didn’t realize that.’” 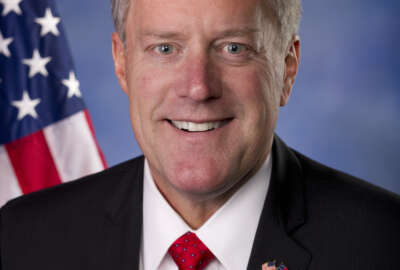