Tracking grant performance: the difference between outputs and impacts

Rep. Mark Meadows (R-N.C.) gave the Office of Justice Programs an ultimatum to overhaul its grant management systems. He wants to see improved reporting on the results of grants, both qualitative and quantitative, to reduce instances of waste.

“We need within a 60-day time frame for you to get back to the committee about how you’re going to resolve the outstanding issues with the [Inspector General]. … I mean a real plan on how we’re...

Rep. Mark Meadows (R-N.C.) gave the Office of Justice Programs an ultimatum to overhaul its grant management systems. He wants to see improved reporting on the results of grants, both qualitative and quantitative, to reduce instances of waste.

“We need within a 60-day time frame for you to get back to the committee about how you’re going to resolve the outstanding issues with the [Inspector General]. … I mean a real plan on how we’re going to get this resolved,” Meadows said, during a July 14 hearing of the House Oversight and Government Reform Committee.

Michael Horowitz, the Justice Department inspector general, told the committee that OJP does well in confirming that the money is being used properly. What it lacks, he said, is a system for measuring the effectiveness of that grant money, and how it’s being used.

“It’s blatantly mismanaged taxpayer dollars that we have to address,” Meadows said. “Here is the question I would like to get to today: Are we actually managing these grants at a sufficiently detailed level to achieve results, prevent waste, fraud and abuse, or are we just checking the boxes?”

This question has implications far beyond OJP’s particular problems; 26 different federal agencies and departments issue grants governmentwide. These agencies issued grants in fiscal 2015 totaling more than $617 billion. For 2016, the total has already surmounted $448 billion, and will continue to rise until Sept. 31.

OJP, as the Justice Department’s largest grant-making organization, issued about $10 billion in 2015, according to Horowitz. He also said that Congress recently authorized another $5 billion in crime victims fund awards, most of which will fall under the purview of OJP.

The Government Accountability Office lists grant management as one of its key issues, recommending several strategies to reduce duplication, fraud and waste by improving effectiveness, oversight and accountability. The first of these strategies is “tracking and evaluating performance.”

However, when the OIG performed an audit, it found that the police department had never obtained the necessary permits from the Federal Aviation Administration to actually fly the drones. So while the money wasn’t used fraudulently, it was essentially wasted. These are the kinds of situations OJP needs to be on the lookout for, he said.

“What we’re finding isn’t done systemically, at a level I think should be done, is reporting back on performance measures,” Horowitz said. “On not just ‘is the money being used for the purpose it was sent,’ but what was the result of that investment by the government and the taxpayers in the program?”

Jeffrey Sedgwick, executive director of the Justice Research and Statistics Association and former assistant attorney general for OJP, agreed with Horowitz, saying that OJP should require grantees to demonstrate quantifiable deliverables in their initial requests, and then hold them to that.

“It’s one thing to ask people for outputs. It’s another thing to ask them for outcomes. And I’d push it even further and then say, ‘What are the impacts?'” he said.

Beth McGarry, principal deputy assistant attorney general for OJP, and Gretta Goodwin, assistant director for Economics at GAO, pointed out the progress OJP has made over the past few years. GAO performed several audits since 2010, some of which OJP requested in order to stay on top of things. Each time, GAO issued recommendations, and each time, GAO has either implemented each one, or is currently making significant progress in that direction.

“We hear a lot of glowing success stories,” he said. “Yet I’m a little bit perplexed. We wouldn’t be here today if everything was rosy.”

In one case, the outcomes far exceeded what OJP expected and what the grantee actually needed. Meadows said that in 2015, OJP granted money to a Native American tribe to build a 42-bed prison on tribal lands. Instead, the tribe built a 132-bed prison, which generally houses only 12 to 14 prisoners at a time. In addition, there isn’t enough money to staff it completely.

Horowitz said this is one example in which greater inter-departmental coordination could help solve the problem. He said that DoJ grants fund the construction of the facility, while the Interior Department funds staffing. He said if the two departments don’t communicate, it’s common for staffing to fall short of meeting the requirements of a building’s size.

“Do you see a real systemic problem with our process, or did it just happen that somebody who was managing it on this particular case failed to do what they were supposed to do?” Meadows asked McCarry.

McCarry struggled to provide any specifics about this instance or others, repeatedly promising to get back to the committee. 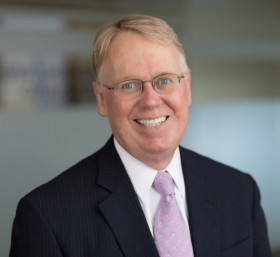 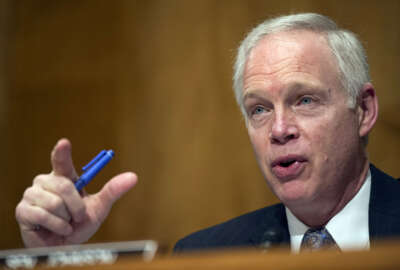