House Armed Services Ranking Member Adam Smith (D-Wash.) is more than pessimistic about the Defense Department getting $700 billion in 2018.

“There is no scenario that I can envision where they wind up with $696 billion for fiscal...

House Armed Services Ranking Member Adam Smith (D-Wash.) is more than pessimistic about the Defense Department getting $700 billion in 2018.

The culprit is the dreaded budget caps imposed by the Budget Control Act. Despite the optimism of defense hawks for more military spending after President Donald Trump was elected along with a Republican majority in both sides of Congress, Smith thinks the chances of a defense spending bill as high as the current top lines is a fool’s errand.

That’s due to the recurring fight between Republicans and Democrats over how the caps should be lifted. Traditionally, Republicans want only defense budget caps lifted, while Democrats want domestic caps lifted on an equal level with defense caps.

“The primary thing that I’m hearing around Congress is denial and inability to actually look at the facts and a lot of wishful thinking about what is ultimately going to come out of this process,” Smith said. “Basically there is a belief that somehow some way we are going to be able to get a lot more money for defense.”

To get to the $700 billion for defense or to any number above the $549 billion cap, Congress needs to agree to raise the budget caps.

“The only problem with that is, number one, is that the House has not yet done that despite passing an appropriations bill and an authorizing bill that exceeds the budget caps. If the bills that we pass in the House were to become law they would be subject to sequestration and we’d go tumbling right back down the mountain again,” Smith said.

The other problem is the Senate needs 60 votes to pass a budget deal.

The ranking member said the $700 billion budget reflects the world the Republicans live in.

That’s where Republicans and Democrats have to come to deal in the middle by December or the government will shutdown; either that or lengthen the continuing resolution it is using to fund the government right now.

Smith said he is in favor of getting rid of the budget caps, but is also worried about the national debt. He doesn’t want wanton spending.

One way DoD can address its issues without the $700 billion is to do more with less. Smith said he’d like to see DoD do that considering it has never been audited and reports found it could save $125 billion over five years by streamlining IT and other efficiencies.

DoD has been pleading for a round of base realignment and closure (BRAC) for years, but it can’t execute without Congress’ approval.

DoD estimates it can save $2 billion a year with another round of BRAC. Smith has introduced multiple bills to initiate a BRAC round.

Smith said he’s in favor of the amendment.

“I’m supportive of the amendment. I think it would be a huge step forward. The hill decline is the House has voted twice in each of the last two years on a BRAC amendment on the floor and it has been defeated,” Smith said. 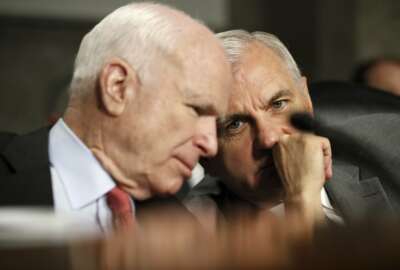 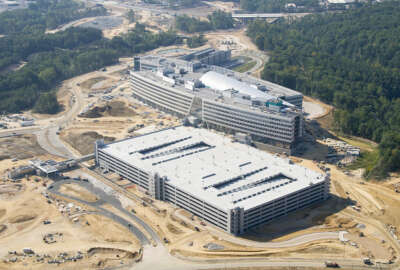