GAO wants to build capacity to focus on science and technology, cybersecurity

The Government Accountability Office is on track to achieve its optimal workforce capacity of 3,250 full-time employees this year, but it’s still having trouble keeping up with the quantity of lawmaker requests around new technologies and cybersecurity. Comptroller General of the United States and head of the GAO Gene Dodaro told the Senate Appropriations Legislative Branch subcommittee that those are two of GAO’s four major priorities for 2020, where it needs to increase capacity to...

The Government Accountability Office is on track to achieve its optimal workforce capacity of 3,250 full-time employees this year, but it’s still having trouble keeping up with the quantity of lawmaker requests around new technologies and cybersecurity. Comptroller General of the United States and head of the GAO Gene Dodaro told the Senate Appropriations Legislative Branch subcommittee that those are two of GAO’s four major priorities for 2020, where it needs to increase capacity to meet rising demand.

The agency requested a funding increase of $57.8 million more than it received in fiscal 2019, for a total of $647.6 million, in order to build these capacities. Dodaro reminded lawmakers that in 2018, actions on GAO recommendations saved the government $75.1 billion, a return on investment of more than $124 for every $1 GAO received in funding.

Keeping up in science and technology

Part of that increased budget, Dodaro said, would go toward the agency’s new  Science, Technology, Assessment and Analytics Team, built on top of the capabilities that GAO already has. That’s part of his first priority: Increasing the speed and capability of GAO to evaluate science and technology issues for Congress. Dodaro said technological changes are happening more rapidly now, and the agency needs to be able to keep up.

“The emergence of science and technology issues is transforming the way that we are learning, communicating, educating,” Dodaro said. “It’s changing the very face of warfare in the future, whether you’re talking artificial intelligence, quantum computing, cryptocurrencies. Blockchains are changing the nature of how financial transactions are conducted, and financial advice.”

But the bright, shiny tech buzzwords of the moment aren’t the only things that fall under GAO’s science and technology umbrella. Dodaro said GAO also looks at antibiotic-resistant bacteria, weapons systems like the F-35 Joint Strike Fighter, healthcare, 5G and nanotechnologies.

“With the expansion of our team in this area, we can help Congress avoid spending millions of dollars that aren’t going to produce the technologies everybody thought it was going to produce,” Dodaro said.

The second priority Dodaro laid out is cybersecurity, which he said involves almost every aspect of government. GAO has made recent expansions to its cyber workforce, but the sheer scope of the topic will require more resources, especially as technology advances.

“This year … we’ve expanded our team from 140 to 175 people. I’m pleased we’re able to hire people with these skills. We’re taking on a lot of work,” Dodaro said. “We need a new national and global cybersecurity strategy that deals with supply chain issues. We’ve outlined four areas, 10 actions in cyber that the country needs to take — I’m very concerned that our country is not acting with the same sense of urgency commensurate with the threat in the cybersecurity realm. These issues, with the advances in technology, will get more complicated, not less.” 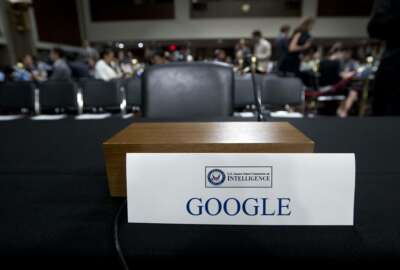 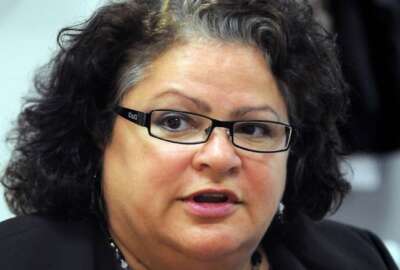 He laid out a few examples of the kinds of cybersecurity projects his team is working on. GAO is evaluating a new air traffic control system that’s based on satellites, not radar. It’s also working on new weapons systems, and the broader issue of dominance in space. But all of these require internet connectivity, which Dodaro said carries a lot of benefits, but also exposes new vulnerabilities.

“We are inundated with requests to look at cybersecurity implications of virtually all federal programs and activities: protecting personally identifiable information, healthcare records, it goes on and on,” Dodaro said. “We’ll be in a better position to respond to Congressional requests in order to respond to these cybersecurity concerns.”

Dodaro said the other two priorities are healthcare and defense. Healthcare is the fastest growing area of the federal government, Dodaro said, with Medicaid and Medicare together costing more than $1 trillion, and likely to rise to $1 trillion apiece by 2026. In addition, it has high rates of improper payments, low-hanging fruit for reducing government spending and always popular amongst lawmakers with a penchant for deficit reduction.

On defense, Dodaro listed readiness as one of the key issues he’s concerned about, but the subject is also heavily intertwined with science and technology. Leaving aside the aforementioned weapons systems, technological advancements like artificial intelligence and quantum computing have major defense and national security implications currently being experimented with by the Defense Department.

“We’re in a race with our adversaries to be dominant in these areas going forward, and clearly we need to take some additional actions in those areas,” Dodaro said.

Dodaro also said $10 million of the budget increase would go toward IT modernization at the agency. He detailed a number of communications upgrades specifically that GAO desperately needs. For example, GAO needs a unified communication system, but is still working with an analog phone system.

“I’ve told our staff I’ve already made arrangements to have it retired to the Alexander Graham Bell museum,” Dodaro said. “We don’t have voice-over-internet protocol, and a digital approach. That we’re going to be able to do. We’re going to go to Skype for business so we can have clear communications with people … This will enable a very mobile workforce that we have to communicate better.”

He also said GAO wants to upgrade its document management system, which dates back to the 1990s. Part of that is an initiative to make every GAO product and report going forward available in HTML on mobile devices.

“We’ll have to use some band-aids, go to the first aid kit and limp along,” Dodaro said. “We won’t be able to increase our productivity as much as we have.”