Last month of the fiscal year, what does Congress have planned?

Dreary and predictable presentations, first by the Democrats and then by the Republicans, apparently transfixed members of Congress. Not much got done over the last two weeks. And tomorrow is the first day of the last month of the fiscal year. For what may or may not come next, Bloomberg Editorial Director Loren Duggan joined Federal Drive with Tom Temin.

Tom Temin: And Loren, it has been quiet on Capitol Hill as they’ve been glued to their flat screens, I guess, or something watching the respective parties battle on for days after days. And so what do you see ahead? Let’s talk about the postal legislation, because I think everyone is worried about the upcoming election and the Postal Service being able to deliver it. What do you see happening there?

Loren Duggan: Well, that was the one bit of action that we have seen over the past couple of weeks. The House came back in a rare Saturday session. They don’t normally meet on Saturdays when they’re around and certainly not in August. That was really unusual. But they came back in, passed that bill to give $25 billion to the Post Office, but also say that the post office can’t make any sort of organizational changes or operational changes until the first of the year. That was a bill sponsored by Carolyn Maloney, the chairwoman of the House Oversight and Reform Committee. It was passed with 26 Republican votes, although most of the support came from the Democratic side of the aisle, there’s a veto threat lodged against that bill, and it’s unlikely that those provisions would come up in a standalone bill in the Senate in any case, where Mitch McConnell controls the agenda. But that doesn’t mean the postal issue is over – that’s certainly something that will continue to come up in the stimulus talks, and maybe even in some of the appropriations bills that will have to be dealt with in one way or another by that Sept. 30 deadline that you mentioned.

Tom Temin: Because somehow this all seemed related to the upcoming election, which everyone expects will be largely by mail. And so it got caught up in the cross currents of the short term and the long-term need to fix the finances of the postal service which are failing badly. They lost $1 billion just in July alone. Is this a short-term thing they’re looking at or a long-term thing?

Loren Duggan: I think there’s immediate problems that the Congress wants to address. One, making sure that the Post Office has the money they need for the elections. Two is making sure that other important services that the Postal Service provides, whether it’s delivering medicines to veterans or just ordinary citizens who received their prescriptions through the mail, and just the regular operations of the mail, where people have been getting reports and many members cited evidence in their own districts of the mail slowing down in their district. There is a longer-term question here. Several years ago, Congress put in this pre-funding requirement for retirement benefits. There’s a separate piece of legislation that would repeal that requirement so that the Postal Service no longer has to pay ahead. And that’s sort of a longer term question that they’re wrestling with, as they deal with these immediate needs, including, is there an immediate need for an infusion of money? And what’s the best way to provide that? Interestingly, the Senate Republicans do have a package out there that’s much smaller. It’s been floating around in draft forms that would convert money that was initially authorizes alone to instead be a grant of up to $10 billion, if the cash on hand fell below, I believe it’s $8 billion for the Postal Service. So there is some agreement that there should be money out there for the Postal Service, whether it’s to help with the elections or just help with standard operations. But I think that there’s a lot of heat and light on this right now, in particular, because of the election interaction.

Tom Temin: Well, maybe they’ll finally drop the pretense that the Postal Service is somehow a business and is treated like a profit and loss business like UPS or FedEx, because FedEx, as far as I’ve heard, doesn’t have to go to the Postal Board of Governors to increase package pricing, but that remains to be seen. We’re speaking with Bloomberg Government Editorial Director Loren Dugan. And of course now, tomorrow is September, and that’s the last month of the fiscal and no budgetary work yet from the Senate in terms of passing bills and the hHouse is mostly done. So what can we expect besides a continuing resolution, or is that it?

Loren Duggan: I think that’s what we’re looking at. So with the Senate coming back on the 8th right after Labor Day and the House coming back on the 14th, there’s really not enough time for the kind of negotiations you’d need to get a final bill of some sort across the finish line. As you mentioned, the house has done 10 of the 12 appropriations bills. The Senate hasn’t even marked anything up in committee, mostly because they couldn’t come to an agreement on how to structure that debate and avoid amendments. So what we’re most likely looking at as a continuing resolution of some length, and that length will matter. Do they kick the can into November do they go to December they go to next year? We’ll be watching very closely to see how those negotiations go. And then what rides along with the CR. There’s a lot of different things that could go; one is a different deadline on Sept. 30 – that’s the Surface Transportation Reauthorization. A lot of money there for state road projects, bridge projects, transit projects. There needs to be an authorization of that in place past Sept. 30. You could see that riding along with that or perhaps even move on its own. And then of course hanging over all this is the stimulus discussions because the coronavirus, even if the numbers are improving in some places, there are still downstream economic effects. Schools can’t fully reopen or need help to reopen. There’s still debate about whether to provide more aid to families directly through checks, what to do about the unemployment benefits that have lapsed. So you know, the Sept. 30 will force action one way or the other. What rides along with that? Whether that can force other things to move as well will be something we’re watching very closely as Congress gears up to come back.

Tom Temin: I’m trying to remember if there has been a shutdown or partial shutdown, also in a presidential election year. I don’t think that has happened.

Loren Duggan: Hard for me to recall one. But especially not this close to the election, because this would would be right there in voters minds as people would be going to the polls or filling out their ballots at home and sending them in. So I think we’re likely to see some sort of momentum to keep the government funded but then what happens when that next expiration date comes up could depend a lot on the election results as well, and what next year’s Congress looks like versus this year’s. And if there’s a change in the administration that could just, you know, turn the lame duck session, which seems inevitable at this point into quite a predicament perhaps.

Tom Temin: And just one more historical question: A number of years ago, the House and the Senate agreed to end the earmark practice of trading little goodies among districts. Is that still the case?

Loren Duggan : Yep, there’s no earmarks. There has been discussion in recent years, including Democrats. They took over about – maybe we should do this? As I mentioned that service transportation reauthorization is a popular place to use earmarks, especially in the past it was a way to give everyone a stake in the bill help get it through but others see these lists of projects in districts as pork and something that’s negative. So what – there was some discussion but they never move forward on it. We could see something different next Congress depending on what the makeup is, but it’s a practice that right now doesn’t go on at least officially. You know, there – people do try to write provisions and bills in such a way that the best place for the money to go might be this particular district. But there’s no list of projects that you can point at and say this member asked for this and got this in the bill.

Tom Temin: All right. Loren Duggan is editorial director of Bloomberg Government. Thanks so much. 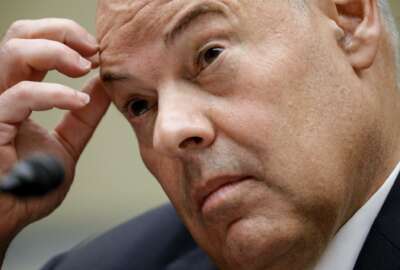 Congress gets another chance to grill USPS head 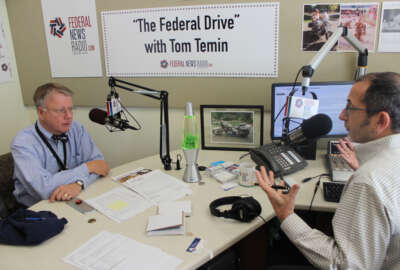 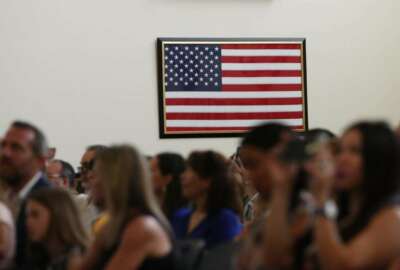 More members of Congress are calling on USCIS to delay furloughs