Far from providing a moment of unity, the death of Supreme Court Justice Ruth Bader Ginsburg sparked something new for Congress to argue about. While awaiting a possible nomination by President Trump, the Senate will likely take up the continuing resolution issue as the last of the sand slips through the hourglass. With more, WTOP Capitol Hill correspondent Mitchell Miller, joined Federal Drive with Tom Temin.

Tom Temin: Mitchell, the CR, pretty much the ball is in the Senate’s court at this point, correct?

Mitchell Miller: That’s right. And of course, it being Congress, you can’t do this without taking it to absolutely the final limit of the deadline. Right. So the house wrangled a lot last week trying to figure it out. It looked like it was all paved out and they were going to do it very smoothly. But Congress being Congress, there were some last minute hurdles, so they had to work out an agreement over whether or not Democrats would give in on farm funding, which Republicans claim that the Democrats were holding up something that was always approved on a yearly basis. Democrats, meanwhile, still wanted to get some money related to nutritional funding for lunches and for meals for people related to the coronavirus. So they had this final wrangling over this. And then they finally got it through the House. But because it was through the House so late that left the Senate not able to get to it last week. So now we’re looking again, at the Senate having to take it up this week. every indication is that they’re obviously going to make the deadline. Nonetheless, it still adds to that little bit of drama. So the Senate will take it up this week, they will beat the deadline. But there’s still going to be a lot of extra work related to this. The House got through a lot of this funding early, but the senate really never did until this last second. So I think we’re still going to see a lot of fights moving forward related to the financial situation. But of course, all of that is going to be dependent on the election and what happens after November.

Tom Temin: Sure. But with respect to the CR, I guess the Senate was worried the anxiety level in Washington wasn’t sufficient. So they would have had a little bit to it this week.

Tom Temin: And what about any kind of relief for coronavirus? That was the problem solvers caucus that thought they had something last week is that got any chance of getting under anybody’s radar?

Mitchell Miller: Well, I think the problem solvers would like to say that they helped get the ball moving again, because they came out with this proposal that basically had close to two and a half trillion dollars and said, why not Republicans and Democrats try to get something together, since everybody’s saying that action needs to be taken. Then there was a lull. And then suddenly, late last week, House Speaker Nancy Pelosi announced that perhaps with the support of her caucus, and many in the moderate side of her caucus, by the way, who have really been putting pressure on the speaker to try to get something done. She indicated that she is in favor of about $2.4 trillion. Now, that said, while things have been moving forward a bit. And there have been a lot of conversations, apparently, between her and Treasury Secretary Mnuchin. Once again, there is still a huge difference here between Republicans and Democrats and the White House. Everybody on the outside says all the right things, basically, and that they say they want to work together. But the fact is, they’re really still close to a trillion dollars apart. So there’s a lot of speculation about what’s actually going to happen in the House. Is the house going to take up this bill on its own and just make it basically a messaging bill. Or perhaps if they don’t do that, there’s an indication that they might actually have some kind of agreement in the work. So I think if we don’t see a vote right away by the House, that that does indicate there actually, paradoxically, could be some progress here, we’ll have to see. Both sides, again, feeling the pressure because of all these people who remain unemployed, all of the businesses that are really, really struggling. And of course, the airline industry right now is really making a hard push with lawmakers and the White House to try to get some more funding, because their funding is going to run out very quickly. So a lot of pressure now on the lawmakers, it’s really going to be interesting to see whether they actually do move forward on this.

Tom Temin: I wanted to ask you about some of the impressions that you saw when you were on the Hill during the time at which Ruth Bader Ginsburg remains were in state at the Supreme Court and at the Capitol. Was there any sense that people were connecting over this? Or was it like a Sopranos funeral where everybody’s glaring at each other over the coffin?

Mitchell Miller: Right. Well it’s a very interesting situation where you have such a bitter Supreme Court fight now about to get underway. And yet, I thought it was really extraordinary. It’s just one of those moments in Washington where you just take a look back, and at the history of what’s actually happening and to actually be outside of the US Supreme Court, when she was lying in repose and to talk to people from across the country. I talked to people from North Carolina, from Ohio, from Philadelphia — all over the place. They came in here specifically to do what they thought was the right thing to do. To bring their families, many of them, to take part in history. And it was really fascinating to talk to many of these people from all different walks of life. And so you had that happen over the last over two days while she was lying in repose. And then of course on Friday, lying in state, the first woman ever to lie in state at the US Capitol. 15 years ago, Rosa Parks, the civil rights icon was, of course brought here to lie in honor, another huge situation there. But you could really feel the weight of history over these three days last week when all of this was happening. And even though there is again, this bitter debate between Republicans and Democrats that’s now going to be getting underway, at least, for a few brief moments, there was a little bit of civility here at the Capitol, a feeling that everybody has to take a moment no matter what your politics are, and pay tribute to somebody who is truly a historical figure.

Tom Temin: Yeah, there’s been lots of Supreme Court justices, but very few have captured the average person’s imagination. I think it’s fair to say, like Ruth Bader Ginsburg was able to do.

Mitchell Miller: Right. Chief Justice john roberts, just in his brief comments last week, I mean, literally acknowledging that she was effectively a rock star that she became the notorious RGB, I think, much to her surprise, later in life. And when I talked to people, they pointed to the fact that they have young girls that are looking up to her as someone who really fought through a lot of different things. And of course, because she was on the high court for so long, people forget that she fought for many years and had many cases brought up before the US Supreme Court as a lawyer before she even was named to the US Supreme Court by President Clinton. So really an extraordinary arc of life that she had serving on the high court for 27 years. And then to just see this outpouring for her over the last few days last week was really extraordinary.

Tom Temin: Yeah. And those cases, she argued, she won most of them.

Mitchell Miller: That’s right. In fact, one of the cases House Speaker Nancy Pelosi pointed out was one basically related to the first bill that President Obama actually signed related to getting equal pay for women, a woman, Lilly Ledbetter , who worked for Goodyear for many, many years, they brought a case up to the Supreme Court, which she actually lost, trying to get equal pay, finding out that over a period of decades, she had been paid less than her male coworkers. But in a scathing dissent, Ruth Bader Ginsburg put it all out there. And as she said, In interviews over the years, she said sometimes that it’s the dissent that actually may be ahead of the rest of the court. And so eventually, that was turned into legislation that was passed in Congress. So again, another example of the incredible impact that she had.

Mitchell Miller: Well, I think what we’re going to be is in suspended animation here on Capitol Hill for quite a while. While things will get done on the outskirts, really you’re just going to see so much energy focused on this battle over the nominee and the fact that it is coming literally closer to a presidential election than in any case ever in US history, means it’s just going to suck all the energy out of all the other legislation I think. Everything is going to be zeroed in on this battle coming up. And then as we get closer and closer to the election, of course, there’s going to be a situation where you have lawmakers trying to get back to their districts. So I think we’re going to be, even in an election year, as you well know — we’re already not getting a lot done in the weeks ahead of the election. Now it’s going to be even more intense because we have this battle over a nominee in addition to the fact that the election is fast coming up on us in just a few weeks. 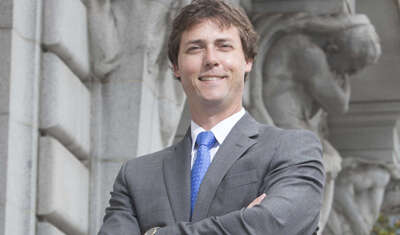 Congress may want to play a bigger role in military operations 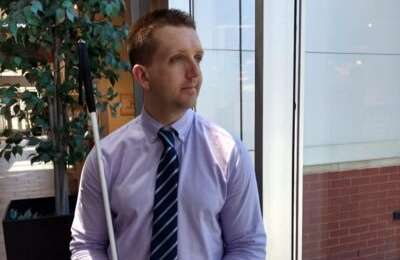 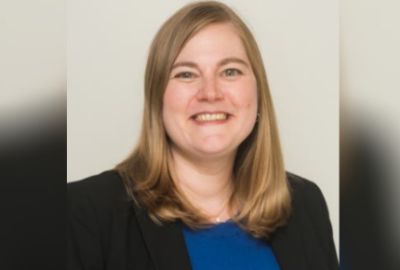 How agencies can improve recruitment and hiring without Congress’ help