Congress has not finished debating what to do about another stimulus bill for pandemic response. The Senate appears to be on track to confirm Supreme Court nominee Amy Coney Barrett and a few other lower court judges. So what else? Bloomberg Government Editorial Director Loren Duggan explained more on Federal Drive with Tom Temin.

Congress has not finished debating what to do about another stimulus bill for pandemic response. The Senate appears to be on track to confirm Supreme Court nominee Amy Coney Barrett and a few other lower court judges. So what else? Bloomberg Government Editorial Director Loren Duggan explained more on Federal Drive with Tom Temin.

Tom Temin: And Loren, we do have some judicial work yet to do this week, though, so that will occupy the Senate to some degree?

Loren Duggan: That’s right. The Senate’s back after a couple of weeks, and they’re picking up some business that they had actually set aside when there were some coronavirus cases among the members of the Senate. We had expected them to come in on the 5th and take up a package of judicial nominations for lower courts as they process some other things. But those were delayed. They’re coming back this week and picking those up again, as they await the, as you mentioned “showstopper vote,” which will be for Amy Coney Barrett to be a justice on the Supreme Court. But they’re still working as Mitch McConnell has made one of his top missions over the last several years to put nominees on the lower courts. So at the district court level, circuit court, and of course, obviously, Supreme Court justices. So we’ll see – the first action this week will be on that.

Tom Temin: And then he has admitted the possibility of discussing some form of stimulus bill, but probably there’s gonna be some serious difference between what the White House is willing to go with, what the Democrats want, and what Mitch McConnell might think, is worthy.

Loren Duggan: Right, these negotiations have been happening for weeks and months now. As we know, they kicked into a little bit of higher gear last week with Treasury Secretary Steven Mnuchin on the part of the administration and Speaker Nancy Pelosi on the part of House Democrats trying to reach agreement on a top line spending level and then the policies that would underpin that. Mitch McConnell has sort of been on the sidelines of that negotiation, and has pretty consistently called for a lower dollar amount than what the other sides have discussed. So you know, we have different house packages that have been passed over the last several months. $3.4 trillion was the high watermark for House Democrats, they came down to $2.2 trillion. And as we’ve seen, the administration has come up as of the end of last week to about $1.8 trillion. So they’ve moved up, and that has narrowed the gap on the dollar amount. But there’s still a lot to discuss when it comes to policy. And then the kind of wild card here has been the president who at one point said he was stopping negotiations altogether, then called for them to resume and has also said that he wants to go even bigger on some of this. So that dynamic has been shaping these talks. Now Mitch McConnell said last week that he’s eyeing a vote this week on a $500 billion package. So much smaller than the dollar amounts being discussed by the negotiators from the administration and House Democrats but more targeted at things like payroll protection for small businesses, and and perhaps the liability provisions that he’s been seeking. So no consensus yet across all the parties that we need to pass this. If it were to become law.

Tom Temin: I guess the big policy sticking point might be how much money if any, to give to state and local governments?

Loren Duggan: Yes, there’s been consensus on that, with the administration coming up. House Democrats still wanting a little bit more. But you know, some of the way that you spend this money and who it goes to, and how is a finer point that needs to be worked out and legislative language traded with, everything from eligibility criteria to how you treat Washington, D.C. – is it a state or is it treated in a different bucket? So those are issues that have come up over these negotiations and the different bills over the last couple of months as they’ve worked through this.

Tom Temin: We’re speaking with Loren Duggan, editorial director of Bloomberg Government. And anything else on the agenda budget-related or perhaps federal pay raise-related, which would be in the budget? That kind of got buried in all of the stampede of politics that’s been happening for the past month or so.

Loren Duggan: That’s not top of mind for right now. I mean, the House isn’t around. Most of the members are back in their districts campaigning, might come back if there were to be a deal to vote on between now and the election. Senators are here. But you know, a lot of the energy has been taken up by this debate over the Supreme Court. But we know that the Dec. 11 exploration of the continuing resolution is coming. There does need to be some progress made with, at some point, senators may make counter offers to the House bills that were either reported by the appropriations committee or in the case of 10 of the 12 bills passed on the House floor, so that at some point, you can discuss this. Now with the federal pay raise, that’s an issue that sometimes comes up in the context of government funding or in the defense authorization bill with the different amounts for military and civilian pay. We’ll have to see where negotiators get on that either before the election, but more likely after the election in a lame duck session.

Loren Duggan: Yeah, that’s right. I mean that the NDAA is considered must-pass what legislation, in part because they’ve done it for so many years. Nobody wants to be the armed services chairman that breaks that streak, but also because of the important provisions that guide the Pentagon’s activity. So they’ll try to wrap that bill up, there’s going to be some sticking points there. One of the biggest ones could still be around what to do about the names of some bases around the country, which had been a pretty prominent issue during the debate there. Even if they can come to agreement on spending levels and policy provisions. We’ll have to see how that shakes up after the election.

Tom Temin: So the next exciting thing we can look to is the Thanksgiving turkey pardoning and that should be interesting in the COVID era.

Loren Duggan: Definitely – social distancing and masks will undoubtedly be a part of that, too.

Tom Temin: Our luck, the turkeys will have SARS. Loren Duggan is editorial director of Bloomberg Government. As always, thanks so much.

Tom Temin: We’ll post this interview at FederalNewsNetwork.com/FederalDrive. Hear the Federal Drive on demand and on your device. Subscribe at Apple Podcasts or Podcastone. 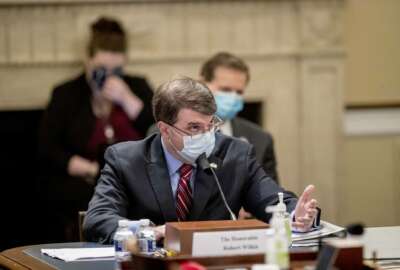 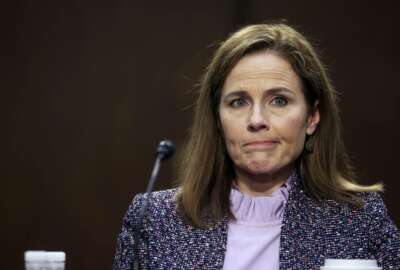