Like everyone else, Congress is sitting back and waiting

Like a paper-mache ghost swinging from a branch, Congress is pretty much going nowhere in the next couple of weeks. You might say nothing good or bad can happen. But there is the question of the budget. And the National Defense Authorization Act. For what’s immediately ahead, Federal Drive with Tom Temin turned to Bloomberg Government Editorial Director Loren Duggan.

Tom Temin: So I guess the election tomorrow will pretty much halt everything in Congress for the week. Fair to say?

Loren Duggan: Very much fair to say most people are back in their districts trying to win their seats or in their states in the case of the Senate. So all eyes are going to be on the results that will begin trickling in tomorrow and possibly throughout the rest of the week as members figure out who their colleagues are going to be going into the 117th Congress that will meet next year. But that doesn’t mean that people aren’t thinking about the agenda that they have to come back and start working on as soon as next week with some of the things you mentioned, the budget, NDDA. So while Capitol Hill will seem largely quiet until at least more of the results are known, and then we may see some reaction, we won’t see very much by way of legislation this week.

Tom Temin: And what’s happening to the embers of a stimulus bill for COVID relief. That was pretty hot topic for a while there.

Loren Duggan: Yeah, that’s definitely on pause for now, that’s something that negotiators have been talking about a lot, both in public and behind closed doors. What we saw last week on Thursday was an exchange of letters, somewhat testy I would even say, between Speaker Nancy Pelosi and Treasury secretary Steven Mnuchin, where both said that laid weighed out some of the differences were they’re far apart. Now they have moved closer on the top line numbers over time. I think the offers are something like 1.9 trillion coming out of the administration, 2.4 trillion coming out of Congress and from Speaker Pelosi. But the the underlying details that make up that bill, which are honestly more important than the top line number, in some ways to a lot of people haven’t moved close together, there’s still big gaps on state and local aid that have been identified, still gaps on what to do about schools, what to do about liability for businesses. So the gaps even though the discussion and the chatter went up and down in terms of sentiment, it seems like we still have pretty significant gaps between the two sides that certainly can’t be resolved before the election, which had been the initial goal. And we’ll have to see about after.

Tom Temin: Yes, I think maybe Mitch McConnell’s prediction that nothing would happen until after the election, and maybe not until everyone is re seated next year, whoever those people might be, could anything happen on this.

Loren Duggan: Yeah. And I think without Senate Republicans really visibly and vocally buying into this process, it was going to be difficult. There have been some talk of maybe if a deal had been reached between Mnuchin and Pelosi, would that have pressured at least enough Senate Republicans to get the 60 votes to get a bill through the Senate. Would that have happened? But obviously, we never got to the point where that was even a live question.

Tom Temin: So in that lame duck session, which I guess officially starts later this week, what about the NDAA, the National Defense Authorization Act, that they want to finish this calendar year, correct?

Loren Duggan: That is correct. And we’ve reported on some comments, Adam Smith, House Armed Services chairman has made that he wants to get back to the table as soon as Monday the 9th so that they can start hammering out the the big gaps between the bill and the details as well. Some of that work will have been going on for the last several weeks at the staff level where they look at, okay, here’s what’s in your bill, here’s what’s in ours, where we want to go with that. But that’s a bill that has been passed every year for what almost six decades despite gaps between the party control of the House and the Senate or Congress and the White House, there’s a pretty long history of doing that. All the parties are going to want to try to come to some sort of deal there. So I I would think there’s a high probability of that sort of bill getting done in the lame duck session, just because it is something that a lot of people want to see get done. And I don’t think anyone wants to be responsible for breaking the streak on that bill.

Tom Temin: Sure. And by the way, if one or more of the houses of Congress, what happens when they change hands with respect to party. Should the Senate say go democratic, or I guess less likely the House go republican — what do they do in the immediate weeks afterwards? Do they really start shoving people out of offices and rearranging the buildings and the physical facilities?

Loren Duggan: That does start to happen, and that happens regardless of a party switch because some members whether they chose to retire or whether they lose on Tuesday or have lost maybe even in a primary earlier in the cycle, they are going to lose their office some point here because they do need to get ready for the incoming class. And so at some point, their left with a cubicle that they work in. It’s it’s a lot less glamorous of your several suite office that’s in a nice office building, and if you’ve been there for years or decades, you get nicer and nicer office space. So they’ll be starting to move out. In terms of committees, there will be a flip in who’s in control, and that requires building up staffing on one side and getting ready to take over the agenda and the apparatus. So party control does mean a lot of back room maneuvering, a lot of physical changes that will be going on. And so Capitol Hill will be abuzz with all that activity, in addition to new members coming for orientation and members just trying to get the work left that they have to do.

Tom Temin: Last week, I interviewed Bennie Thompson of Mississippi — and of course, he’s chairman of the Homeland Security Committee in the House — and he said that he was getting some momentum among both Republicans and Democrats to streamline the jurisdiction and put more of it over Homeland Security Department that is out of the 90 committees and subcommittees or whatever it is now, get more of it consolidated under that committee. So we could see action on that regardless.

Loren Duggan: Absolutely. And one of the things that they’ll be working on for the first day of the new Congress is a rules package in the House that will lay out these things, where the committees have their jurisdiction. These are big fights because no one wants to give up their turf. And one of the things about the Homeland Security Department is it pulled agencies from all over the government together and some of the committees that had oversight of say the Coast Guard in terms of the Transportation Committee in the House didn’t want to give that up to a Homeland Security Committee once that was created. So if they can reach agreement and streamline that, that would be a big shift. That’s traditionally been one of the strange things about covering that department is there so many different committees that you deal with as a reporter or editor or legislative analyst, and I’m sure the staff of the department feel the same way because inquiries will come from all sides.

Tom Temin: Sure. And then there is that bill from Gerry Connolly, Carolyn Maloney, and Steny Hoyer, locals, with respect to the President’s executive order on that schedule F. I don’t know that doesn’t seem to be something that’s going to happen anytime soon.

Loren Duggan: It may not happen anytime soon. But Steny Hoyer also being the person in charge of the floor schedule in the house can help. He could try to schedule a vote on that just shot across the bow that we are serious about doing something about this as Democrats in the House. That’s language that would be more likely in my opinion to wind up in some sort of must pass legislation. If there could be agreement again, with Senate Republicans still in charge, even if they lose the majority or if they keep their majority, into next year might make it harder for something like that to get through. If there is a Biden ministration coming in next year, they could obviously move to cancel that and there would be no need for legislation on the part of House Democrats, but having Steny Hoyer in your corner on a bills not a bad person to have when it comes to seeing floor action.

Tom Temin: Loren Duggan is editorial director of Bloomberg Government. I hope you have a pleasant election night. Thanks so much for joining me. 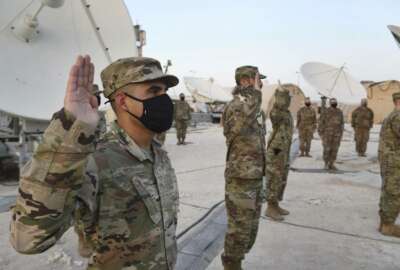 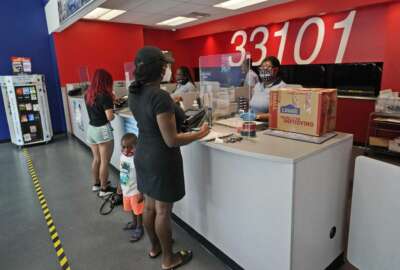 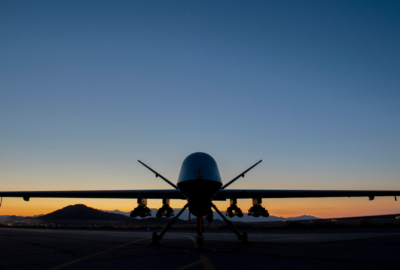