Senate zipping through confirmations on the way to impeachment trial

A new Department of Veterans Affairs secretary is likely to be in place by tomorrow. Labor and Education nominations aren’t far behind. This as the Senate also prepares for a rather politically charged event. For more of what both houses of Congress are up to in the days ahead, Federal Drive with Tom Temin called on Bloomberg Government Editorial...

A new Department of Veterans Affairs secretary is likely to be in place by tomorrow. Labor and Education nominations aren’t far behind. This as the Senate also prepares for a rather politically charged event. For more of what both houses of Congress are up to in the days ahead, Federal Drive with Tom Temin called on Bloomberg Government Editorial Director Loren Duggan.

Tom Temin: And so Loren, it sounds like some normal business has been going on and will continue.

Loren Duggan: That’s right, at least at the beginning of the week, you mentioned the VA nominee, Denis McDonough, who was chief of staff in the Obama years. Now President Biden’s nominee to take over the VA – that’s the vote that the Senate will take tonight, when they come back for what will turn out to be a pretty busy and packed week on the other item you mentioned, which is this impeachment trial. The second one of Donald Trump, this one after he’s left office, obviously, but will be a politically charged event. We’re looking to see how long that will go. But it will disrupt some other floor business because the Senate tends to focus on those trials when they’re holding them.

Tom Temin: Got it. Yeah. So it’s a morning/this afternoon, that type of deal. And, by the way, speaking of some unprecedented activities in the Senate – not totally unprecedented – but what did they actually do in terms of process for the budget with the reconciliation vote? That wasn’t binding on appropriators. So what does that all mean, just for those of us that are not initiated?

Loren Duggan: Sure, this is a budget resolution was what was taken up in the House and the Senate last week. And that’s to set up a later reconciliation bill that would be used for President Biden’s $1.9 trillion aid plan, or at least would give them an option for advancing that with only Democratic votes. This is a normal procedure that hasn’t been used very much in recent years. But under the budget process, the House and Senate can adopt a budget resolution, which is their blueprint for how they are going to act on revenue and spending policy over the next year. And that can, as part of that, set up a reconciliation bill. Well, they didn’t do this last year for the fiscal 2021 year. And as we know, all the spending is in place for that. But they’re using this process in advancing this budget resolution that’s nominally for the fiscal year we’re in to set up this later bill that will include this aid package. So what we saw on Thursday night, going into Friday morning was a series of votes on amendments that were not binding, they were more or less funds that say, “Hey, if we get legislation that does something that we wanted to do, we’ll adjust the budget resolution to accommodate that.” So that’s how you had votes on things like the Keystone Pipeline, and keeping the US embassy in Jerusalem and other policy matters that people wanted to advance even if they’re only tangentially related to the budget. So, we saw a long series of votes. Two ties were broken by the vice president, which is – she’s done something now that Joe Biden, when he was vice president never did – casting votes and break some ties. So this budget process will continue as committees will now be looking at what’s right to advance that aid package that many people have their eyes on,

Tom Temin: Got it, and same deal in the House?

Loren Duggan: They took care of that last week as well. So they’re both fine with that budget resolution part. But now the committees will work on that reconciliation bill, that second actual piece of legislation, keep turning on that in case they want to go the Democratic-only route. Because these reconciliation bills, you don’t need 60 votes to cut off debate in the Senate. So if you get 50 people plus the vice president, you can push those through, as we saw with these more procedural votes that happened last week.

Tom Temin: Through all of this, is there still such a thing as a filibuster? Has that survived?

Loren Duggan: The filibuster is still in place. The power sharing agreement that they shook hands on last week to allow the Senate to formally organize, give the committee gavels to the Democrats, because they were still held by the Republicans until the middle of last week – they can move forward. The filibuster still exists, not on this process, though. This is one of the processes in the Senate where the filibuster doesn’t apply, because the rule set a debate limit. So after 50 hours of debate on the budget resolution, you start voting. Now as we saw the votes can go on for hours and hours. But there is an end point, you don’t need 60 votes to cut off debate, which is really what the filibuster and the cloture rule all comes down to now

Tom Temin: We’re speaking with Loren Duggan, editorial director of Bloomberg Government. And what else does the House have for business once they get through this because they’re done with their half of the impeachment deal. And we know now they have stripped of committee assignments Rep. [Marjorie Taylor] Greene. Greene will not be able to attend any of the satanic rituals attributed to the Democrats, then, I guess they won’t invite her?

Loren Duggan: Well, Marjorie Taylor Greene, who’s a freshman member of Congress. She was removed last week from the two committees she had been named to – Education and Labor, Budget – so she won’t have committee assignments unless she gets others and the Democrats agree to do it. So these next two weeks in the House are set aside as committee weeks, and primarily they will be organizing committees, probably considering some of these budgetary matters we’ve been talking about and looking at other items on the agenda that they want to tee up for later this year. So the House won’t have any floor votes for the next two weeks, but I would still see some activity on Capitol Hill and also in a hybrid fashion because the committees are tending to operate in that hybrid fashion. Some people in the room, other people on WebEx, if there’s no floor votes, that means they could be at WebEx anywhere in the 50 states, spending time in, you know, at home with their families and still dialed into the proceedings in Congress. So we’ll be looking for more hearings and markups that committee as they try to advance their agenda for the rest of the year, including pass the COVID aid package. That’s priority number one, but obviously, not all Democrats want to do with both chambers of Congress and the White House in their hands.

Tom Temin: Yes. And in the House you don’t have the inflow-outflow of chairmanships that you had in the Senate. So there’s a little bit more continuity, Congress to Congress, I would say in the House side, fair to say?

Loren Duggan: Definitely fair to say, and there’s a couple of new chairman. The Foreign Affairs chairman is new because the past occupant, a Democrat, he was defeated in his primary. At appropriations, Nita Lowey has retired and moved back home. But Rosa DeLauro who is no stranger to the process moved up to full committee chair, and she’s going to be running the appropriations show this year. She’s definitely seasoned to that, well known on Capitol Hill and beyond. So even some of the people who have become chairman have a lot of experience behind their belt that they’ll bring to bear on this.

Tom Temin: And getting back to the Senate, the trial – will that be done in person in the chamber? How will that work because they’re not as virtual as the House is.

Loren Duggan: They are not. And as we saw with the vote-a-rama as it’s known last week, the senators have been in the chamber, all of them sometimes at once. So I would expect to see them in their seats, wearing masks, listening intently to the House prosecutors or managers as they’re known. And then the president’s or former president’s defense team who will be answering their arguments and making their own rebuttal. So it functions like a trial, as we saw last year, where there are arguments and there’s chances to rebut. We’ll be waiting to see if witnesses are allowed in and also how long this goes because it could be over in a couple of days or it could be long, as we saw with the original Trump trial – that one took a couple of weeks. So obviously a lot of questions here about how long it will go and what that means for the rest of the Senate’s agenda, and what that means for President Biden’s agenda as well. 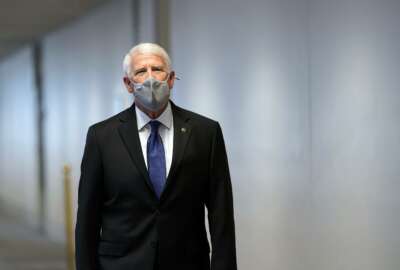 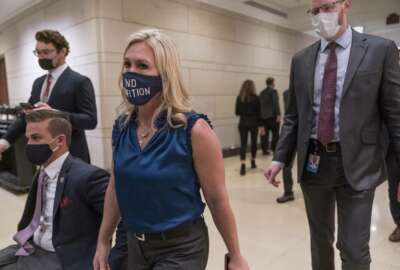 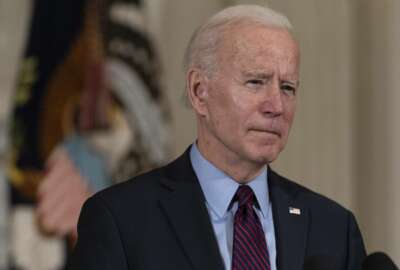