With impeachment trial over, can Congress get back to normal?

Having finished the legislative equivalent of a colonoscopy, Congress can get down to the more normal legislative business, if anything in this loony era can be considered normal. Who would have imagined a third pandemic relief bill, or what kinds of barricades should be put up permanently around the fussy old Capitol building? For the latest, WTOP...

Having finished the legislative equivalent of a colonoscopy, Congress can get down to the more normal legislative business, if anything in this loony era can be considered normal. Who would have imagined a third pandemic relief bill, or what kinds of barricades should be put up permanently around the fussy old Capitol building? For the latest, WTOP Capitol Hill correspondent Mitchell Miller joined Federal Drive with Tom Temin.

Tom Temin: And Mitchell just briefly, what was it like – covering the impeachment deal? That was not something you don’t see every day.

Mitchell Miller: Certainly not, and certainly something that you don’t normally cover two years in a row. That was really the strangest thing. It was kind of like as Yogi Berra said, deja vu all over again. Obviously, this was a much different type of impeachment trial, everything was all laid out right there in connection with the president’s speech on Jan. 6, and of course, the incredible insurrection video that was released during that. I have to say that a lot of people here in the Capitol Building, that was probably the most stunning part of the whole trial that you have these people that were literally in the chamber where people broke in, and we’re then trying to assess judgment on that. That really shook up a lot of people, I think, during the trial. Obviously, we knew what the result was going to be. I think the fact that seven Republicans joined with Democrats was pretty significant, as has been noted many times now that that was the most bipartisan impeachment trial ever. So it was certainly a moment where I felt the weight of history as the days went by, and we covered it.

Tom Temin: Yeah, I think people looking at that footage, realize the more we saw of this whole event, the worse it really was, and the more dangerous it really was, then, you can tell from the very first day. Getting on to what’s next in Congress. I guess the relief bill is the next big thing on the agenda?

Mitchell Miller: That’s right, and they are now fleshing out the details of that $1.9 trillion relief package in the Congressional committees. The House Ways and Means Committee recently passed the part of the package that a lot of people are really zeroing in on, which is the $1,400 checks for many Americans. Still could be some movement on what the income thresholds are but it looks like it’s going to be for people earning less than $75,000 a year and under $150,000 a year for couples. And it would also boost federal unemployment benefits from $300 to $400 a week and expand the child tax credit – that was added relatively late in the game. It would provide most families with $3,000 a year for each child between the ages of 6 and 17. And it would go up to $3,600 for younger children. So a lot of still, a lot of moving parts obviously still in there. The minimum wage, it looks like because of budget reconciliation, it sounds like they’re going to have to strip that out separately, although Democrats are still trying to keep that in somehow. But certainly a lot of work with nine different committees now in the House, just alone, and then you add the Senate having to work on that. So there’s going to be a lot of rubber hitting the road here in the next few weeks.

Tom Temin: And of course, the IRS gets the job of distributing all of this money to families, anything in the bill to beef up their capabilities?

Mitchell Miller: Well, they are getting more money, but there is still some concern among lawmakers about how they’re going to be able to get this out fast enough. Certainly the IRS turned around the big aircraft carrier, if you will, last year, with the CARES Act pretty quickly, all things considered. But still, many members of Congress still wonder if the IRS is really getting enough of the resources that it needs to really get these checks out. And a lot of these other things that I mentioned, for example, the child tax credit, there’s a lot of things that have to happen with that. And so they’re still tinkering with that around the edges.

Tom Temin: We’re speaking with WTOP Capitol Hill correspondent Mitchell Miller. And in regards to the IRS, there was a proposal at least from the White House for that $9 billion of IT modernization for government. Doesn’t look like that’s going to get in there though, now does it either?

Mitchell Miller: No, it doesn’t. It was taken out from the Senate side of the bill, or the resolution, I should say, and not surprisingly, as somebody we’ve talked about quite a bit, Virginia Congressman Gerry Connolly has really made this a big issue, saying that a lot of these agencies along with the telework issue, that this whole pandemic has clearly shown, and a lot of lawmakers on both sides of the aisle agree with this, that more needs to be given to the federal government to try to get these agencies so that they can all absolutely turn on a dime when something really wild like this happens and then just moving forward for them to be able to do that. So that money was stripped out. Virginia Congressman Gerry Connolly says he really thinks it should be back in there. There’s a lot of money for IT that just is not going to get to the places he believes that it needs to get to.

Tom Temin: Does it seem like there’s across-the-board support for the idea of this “hours bank” or “time-off bank” for federal employees? Which is considerable – it could add up to almost a quarter of the year for them to deal with COVID and family with COVID and that kind of thing.

Mitchell Miller: Yeah, there does seem to be a good amount of bipartisan support from that. That was coming through the House Oversight and Reform Committee which Gerry Connolly among others, sits on. And basically, it would provide that up to 600 hours of paid leave to anybody who’s recovering from the coronavirus or caring for a family member, or perhaps has issues with children who are attending virtual school. So what they want to do is get that bank set up. And as you know, they expanded it with the legislation that was passed recently to include postal service workers, as well as healthcare workers in the VA. So a lot of support, I think for that. I think they’re just going to have to basically make sure that the nuts and bolts of it are all put together. But that will be certainly a big impact for a lot of federal workers.

Tom Temin: And let’s talk about the Capitol itself for a minute. Is there, now that the impeachment trial is over, and they’ll get the pandemic relief bill done, they still have to deal with security at the Capitol and around the Capitol, and also with the Capitol Hill police.

Mitchell Miller: Right. There are so many issues related to that. And of course, they all were brought to the fore by that video that I was mentioning that showed all these people literally just running around the entire Capitol, building House and Senate side. So there are several things taking place. One, on the overall arching issue. There is a growing discussion about creating some type of 9/11 commission that would objectively look at this. There’s legislation pending, actually, that would have five Republicans, five Democrats – we’ll see how big it might get. But that is going to be tough, because as you know, this is a very, very partisan period right now, especially coming on the heels of the impeachment trial. And there’s some concern about the fact that some people are going to want to – on the Democratic side – point the finger again at former President Trump. Others are saying on the Republican side, hey, did House Speaker Nancy Pelosi and others within the Capitol Complex do enough to protect the Capital at that time. So that’s going to be a tough issue. And then when you get kind of under the hood on some of these other issues, you have a series of different investigations that are going to be underway with inspectors general, along with Congressional committees looking exactly at what was being done. D.C. Del. Eleanor Holmes Norton last week had a town hall related to some of the issues just relating to the fencing around the Capitol itself. She doesn’t oppose the fact that the fencing is there right now, knowing that the impeachment trial just happened, but she has legislation pending, that would eventually bring it down. She does not want anything close to that to be permanent. I think, though, that there is an overall feeling here on the Hill that given what happened and that this was the worst invasion of the U.S. Capitol in more than 200 years that something has to be done, obviously, to shore up the – not only the intelligence side, and making sure that all of these law enforcement agencies work better together, but then on the physical side, just making sure that there are more protected areas. You remember, after 9/11, many of the federal buildings had bollards put in around the building so that that vehicles could not get through. I just think that we’re going to see a lot more shoring up around the Capitol. And it’s not going to be quite the open air area that many people have become accustomed to, both coming to the Capitol and visiting but also for the people that live around here on Capitol Hill.

Mitchell Miller: Well, yeah. Remember, you know, if we go all the way back to the Oklahoma City bombing, it wasn’t long after that many who’ve lived here a long time know that Pennsylvania Avenue, that stretch in front of the White House used to be open. And of course, that was closed off after that. So you’re right. And there have been other incidents, as you know, at the Capitol. There was at one point, an explosive device went off. And there was a lot of talk about adding security at that point. There have been other issues. There was a little over 20 years ago, there were two Capitol Police officers were actually shot by an intruder. So every time one of these things happen, everything gets reviewed again, but I think this time, it’s going to really be reviewed much, much more broadly. And I think there’s no doubt that we are going to have new steps taken. It’s just a matter of what they are going to look like aesthetically and how it’s going to affect visitors.

Tom Temin: We’ll post this interview at FederalNewsNetwork.com/FederalDrive. Here the Federal Drive on demand. Subscribe at Apple Podcasts or wherever you get your shows. 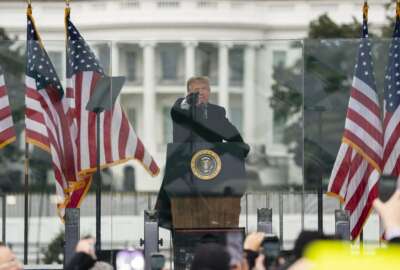 Impeachment isn’t the final word on Capitol riot for Trump 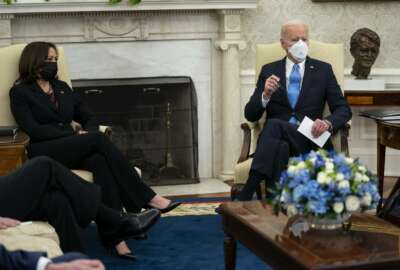