With Congress in recess, not too much bad can happen

Memorial Day sent Congress home for a week’s recess. So the gun debates and other matters will have to wait a few more days. For what to expect next, Bloomberg Government congressional reporter Zach Cohen spoke to the Federal Drive with Tom Temin.

Tom Temin: All right, and just review the schedule for us. They’re gone...

Memorial Day sent Congress home for a week’s recess. So the gun debates and other matters will have to wait a few more days. For what to expect next, Bloomberg Government congressional reporter Zach Cohen spoke to the Federal Drive with Tom Temin.

Tom Temin: All right, and just review the schedule for us. They’re gone this week, and then they’re back next week or what’s going on?

Zach Cohen: That’s right, both chambers are out of session this week, they’ll be back next week for another couple of weeks before then they’ll be out again, for the July 4 recess. And so that’ll be another pretty busy work session, as you mentioned, sort of guns are sort of top of the agenda. I think when they get back, the House is going to vote on a bill related to a red flag law, right, sort of imposing what they’re called extreme risk protection orders, in certain cases where courts have decided at either the behest of a family member or significant other. Even police, in some cases, have said a person shouldn’t have access to firearms. And so that bill should come to the floor in the House, over in the Senate, it’s a little more complicated.

Tom Temin: Sure. And we don’t really know the administrative details of how those laws would actually play out, or what agencies they would affect because it’s all kind of being done in haste.

Zach Cohen: Yeah, over in the Senate there’s a couple of different, couple different bills that are sort of starting off, it sounds like as they’re sort of base text. Senators, Lindsey Graham (R-S.C.) and Richard Blumenthal (D-Conn.) have had a bill in the past, that would be a federal red flag law that would basically allow federal district courts to impose these extreme risk protection orders, and then leave it to the U.S. Marshal Service or a law enforcement agency of their choice, basically, to take these guns back. And then to return them to people if the orders are lifted. Then the there’s another bill from Sen. Marco Rubio (R-Fla.). And I think this is the direction that they will probably go instead, based on our conversations with senators last week, that instead that they would basically grant money to the states to incentivize them to design their own red flag laws. And now we’ll leave it to state courts and their law enforcement offices to sort of both determine whether these orders would be in place, and then to actually retrieve the guns at that question.

Tom Temin: So it sounds like because this has been an abiding issue for both sides and a point of debate periodically, they do have bills that are mostly written already. They’re not starting from scratch here in other words.

Zach Cohen: Yeah, recall that, you know, unfortunately, after every mass shooting, there’s sort of this debate in Washington and across the country, what can Congress do with anything to try to stem the amount of gun violence in this country? After Sandy Hook, there was the failed effort to pass the Manchin-Toomey background checks expansion bill. There’s a lot of interest. I think actually, Senate Majority Leader Schumer (D-N.Y.) put two bills that passed the House already on the floor that he could force a vote on if you wanted to, that would expand background checks. I believe one would close the gun show loopholes, so to speak, right to try to institute background checks for private sales in certain cases, but in general, they both do background checks expansion. And so there are definitely bills out there. The question is, can people like Sen. Chris Murphy (D) from Connecticut Sen. John Cornyn (R) from Texas, come to some sort of an agreement on a bill that can get 60 votes in the Senate, because in today’s day and age, you really do need 60 votes to overcome a filibuster, because basically every bill, and basically every nomination is filibustered at this point.

Tom Temin: Sure. And it seems like just looking at Congress from a process standpoint, giving them the benefit of the doubt, they’ve had a series of things which seem to just dump on them a whole lot of new concern, outside of the routine stuff they’re supposed to be doing, like the annual budget. First, there was another COVID wave, then Ukraine happened. And now the shootings that took place in Texas, and there have been some manufactured obstacles for Congress, like debates over Build Back Better. This all has a cumulative effect on their ability to do the routine business.

Zach Cohen: It could and I think actually, more visibly, we see sort of the inability to even confirm nominees to a lot of these posts. There’s over 100 nominees waiting for Senate confirmation, most of whom, you know, in a normal administration, in a normal political environment, which would be confirmed by voice vote and we’ve done very quickly. So a lot of the Senate’s time on the Senate floor is spent processing nominees as opposed to debating these bills.

We’re going to see something a little bit different next week, when they come back, they’re actually going to vote on pretty historic legislation expanding the benefits to veterans who were exposed to toxic open air burn pits during the wars in Iraq and Afghanistan. That’s something that actually should have broad bipartisan support despite the price tag, it’ll lose a couple of Republicans on that front, but should get passed by the Senate and sent back to the House. And so they are voting on legislation. There’s a large, I guess, what’s called a China competition bill. That’s in the middle of conference negotiations between the House and the Senate that could pass sometime this summer, is sort of the timeline that lawmakers are talking about. We’ll see if they’re able to keep to it. And then as you mentioned, government appropriations, the National Defense Authorization Act, the annual military policy bill, all of those are sort of waiting in the wings without a lot of progress.

Tom Temin: We’re speaking with Zach Cohen, he’s congressional reporter with Bloomberg Government and I wanted to ask you about the appropriations because as we talked about with your colleague, Loren Duggan, the Four Corners, if you will, of the people in Congress that come together the ranking and chairs of the House and Senate Appropriations Committees. They had a little gambit a few weeks ago. Did that go anywhere? And is there any chance it looked like there was a glimmer of hope that they could get something done before the CR (continuing resolution) would set in Oct. 1. No chance or less chance or anything going on there?

Zach Cohen: They’re in the middle of hearings, all of the appropriations committees, subcommittees have been having hearings with senior Biden administration officials on what an annual government funding bill might look like. It seems pretty unlikely to be that they’d be able to pass all 12 appropriations bills by the Sept. 30 deadline, when the fiscal year ends for the U.S. government. Stranger things have happened. There are the two of the four corners, Sens. Patrick Leahy (D-Vt.) and Richard Shelby (R-Ala.) are both retiring at the end of this year. And so they might be looking for a feather in their cap and might be looking to actually pass some appropriations bills on time, which would certainly be a victory in today’s partisan environment. But if they’re not able to do that, then yes, there would be another continuing resolution, most likely probably until after the election at that point and leave annual government funding either to the lame duck session of Congress or even the year after once new majorities come in.

Tom Temin: What a great legacy to talk about after you retire. Yes, I got a budget done on time. My legacy as Senator maybe they’ll have more than that to talk about. Any of those nominations, in particular that might come up sooner rather than later for votes?

Zach Cohen: They’re scheduled to vote first thing when they come back on a cloture motion a motion to sort of limit debate on an Air Force nominee, Alex Wagner. The Secretary has been confirmed a while back. This is an assistant secretary that’s been waiting in the wings for a bit. And so I assume that’ll get you know, he’ll get confirmed probably by that Tuesday, a week from today. And then they would turn to this Veterans Affairs, this toxic burn pits legislation. After that remains to be seen. There’s I think there’s about a dozen nominees that are waiting to be confirmed including a chair of the Merit System Protection Board, which I think you all have talked to Loren about in the past.

Zach Cohen: As a member but not as a chair, which is kind of interesting.

Tom Temin: The chairmanship has to be confirmed also?

Zach Cohen: Exactly. So they confirmed or as a member, but not as chair last week. And so they’re they’re about halfway done through the process. So maybe they’ll get to that.

Tom Temin: So they’re a headless horse now, but at least it has all of its legs, you might say.

Tom Temin: Zach Cohen is a congressional reporter with Bloomberg Government. Thanks so much for joining me. 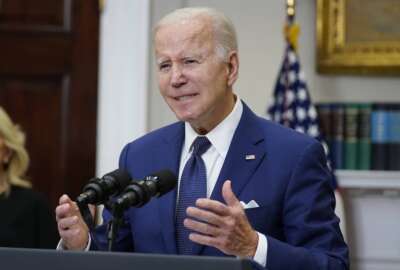 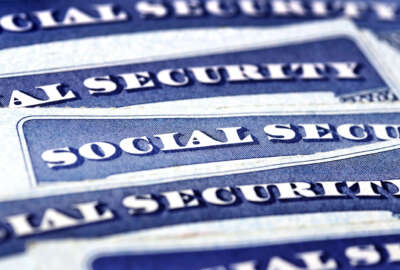 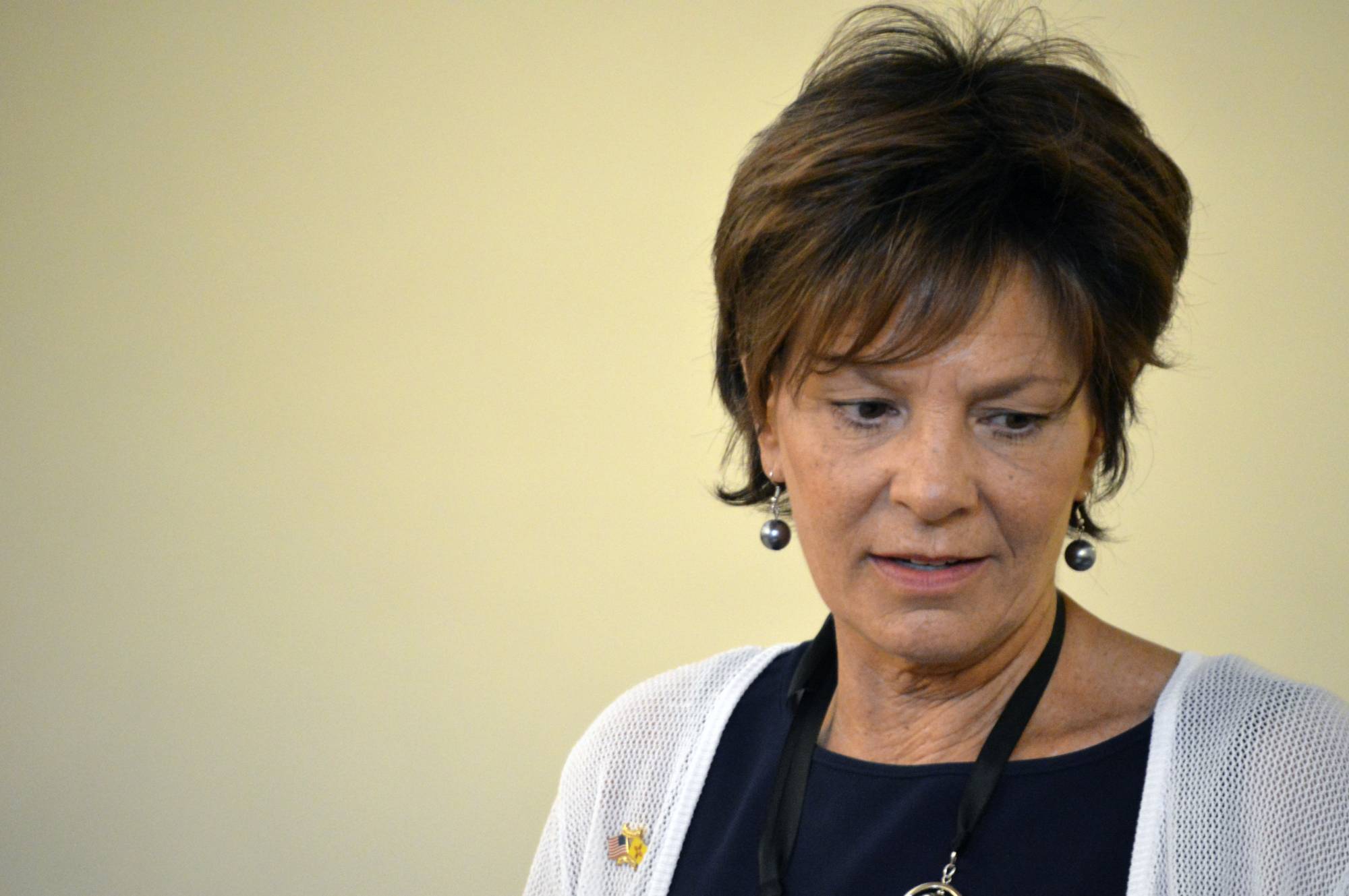 House Republicans look to get feds back to the office