There may be a lot of drama on the Hill right now, but there’s work that needs a doin’

Gun regulations, inflation, and abortion may be at the forefront of talking points for members of Congress recently, but there is work to be done. Coming back from recess there are funding measures, nominations, and major legislation packages that will need to be dealt with. To give us a preview of what’s in store, Bloomberg Government Congressional...

Gun regulations, inflation, and abortion may be at the forefront of talking points for members of Congress recently, but there is work to be done. Coming back from recess there are funding measures, nominations, and major legislation packages that will need to be dealt with. To give us a preview of what’s in store, Bloomberg Government Congressional Reporter Zach Cohen spoke to Eric White on the Federal Drive with Tom Temin.

Eric White: Gun control inflation and abortion may be at the forefront of talking points for members of Congress recently. But there is work to be done. Coming back from recess. There are funding measures, nominations and major legislation packages that will need to be dealt with to give us a preview of what’s in store. I spoke with Bloomberg Government, congressional reporter Zach Cohen.

Zach Cohen: So the Senate is going to come back and basically immediately get to work on a bunch of nominees. They’ve got a big backlog of these presidential appointees that haven’t gotten Senate confirmation yet. Normally, we would be approved by a simple voice vote. But with Republican opposition, they’re going to take these long floor votes, are going to take a couple of hours or days in order to get through. So they’re going to start at the Department of Defense, and then move on to some more controversial ones. People like Michael Barr, for the Federal Reserve Board of Governors could see votes this week, as well as Steve Dettelbach to lead, ATF, the Bureau of Alcohol, Tobacco and Firearms, obviously, the big firearms regulator. That agency hasn’t had a Senate confirmed leader in many, many years. And as Democrats especially and Republicans as well, are looking to take steps to stem the gun violence epidemic, this is certainly one nominee that’s going to be worth watching.

Eric White: Yeah, inflation and gun issues at the forefront there. Is that going to muddy the waters and make these nominee debates take even longer?

Zach Cohen: It could and so Barr, you’ll remember is actually not even President Biden’s first choice for this particular pick for the Fed. His last pick, Sarah Bloom Raskin, the wife of Congressman Jamie Raskin (D-Md.), her nomination was tanked because there was bipartisan opposition to her. So Barr was so brought in later, and would be the last of these Federal Reserve nominees to come in. And obviously the Fed being particularly critical at this juncture to try to curb inflation. That will be a floor vote worth watching. But Barr has some bipartisan backing, as does Dettelbach for the ATF while there were no Republican supporters for him in the judiciary committee that did actually create additional procedural hurdles for Senate Democrats. Once it came to the floor for an initial vote to sort of get the nomination out of committee, Sens. Susan Collins (R-Maine) and Rob Portman (R-Ohio) got behind him. So I assume that bipartisan support will continue at least procedurally, and that should help speed things along.

Eric White: The clock, I’m sure is in the back of appropriators head of the NDAA and other appropriations bills. What is on the schedule as far as those go?

Zach Cohen: Yeah, so appropriators are hard at work trying to hash out some sort of deal for annual government funding bills. Remember that Sept. 30, is the annual deadline to fund the government. If they can’t get agreement on all 12 appropriations bills, they’ll have to sign some or pass some form of a continuing resolution, a stopgap funding bill as is pretty typical, nowadays. So the House is expected to take up at least their versions of some of this legislation and send it over to the Senate to sort of basically mark their turf to basically say, here’s where things stand. But the you know, there’ll be larger negotiations between the Senate appropriators, Senate leadership and their counterparts over in the House to try to reach some sort of deal.

But especially given the amount of inflation that’s happening, Republicans have been looking for more defense spending. And that’s also something we’re going to see over in the military authorization bill, National Defense Authorization Act, which is something that lawmakers would also like to get done sometime this year. That’s an annual military policy bill, that’s considered a must-pass bill as well. So that critical question of exactly how much defense spending especially given the ongoing war in Ukraine and Russia, that’ll be an issue worth watching, as well.

Eric White: So other than the, I guess you can call it background stuff or housecleaning that the Congress has to do, what are some of the top line major pieces of legislation that they’re still in the works and being implemented, whether they passed or not, or whether they are still being debated?

Zach Cohen: The two big bills that I’m watching are the reconciliation bill, formerly known as Build Back Better. This was the bill that the House had passed last year, a multi-trillion dollar domestic spending agenda, investing in the care economy, climate change, and all of that. That bill was eventually tanked by Sen. Joe Manchin (D-W.V.) at the end of last year, but now Manchin and Senate Majority Leader Chuck Schumer (D-N.Y.), are involved in very closely held negotiations over something that we’re hearing is closer to about a trillion dollars. And so that’s gonna be a much smaller bill. But something that could also happen before Sept. 30, if all 50 Senate Democrats and a majority of the House can agree on some form of a bill that can bypass the filibuster within these narrow budgetary rules. The other bill is sort of related to this, but would pass through regular order, if it does pass is the sort of a China competition bill or the Innovation and Competition Act. This is about a quarter trillion dollar bill in authorizations and $52 billion in actual funding for semiconductor manufacturing. And that could have a huge impact on the semiconductor industry, basically the folks that make computer chips that are everything from drones, to phones, to vacuum cleaners. And so that’s a really important industry and that industry has been looking for this funding for a long time. It’s something that Democrats or Republicans have liked, has said they’d like to get done before the August recess. However, there’s a lot of sticking points left. And Republicans have said they’re not terribly interested in negotiating on that bipartisan deal, as long as the partisan reconciliation effort is still underway. So watch to see if those two bills manage to get across the finish line.

Eric White: So it’s not so much the bill itself, because usually there is bipartisan efforts to compete economically with China. It’s that they want to focus on the more partisan issues first, rather than working on something that Democrats really want.

Zach Cohen: There’s certainly a couple of different issues that they have to work out in that quote unquote, China Competition Bill. There’s a tax credit that people like Sens. Ron Wyden (D-Ore.) and Mike Crapo (R-Idaho), the bipartisan duo that had the Senate Finance Committee that they’d like to see included, that would help semiconductor companies. But that’s something that House Republicans like Rep. Kevin Brady (R-Texas), the ranking member on the House Ways and Means Committee has said that he’s opposed to. So there’s actually some differences of opinion that are more across the two chambers, as opposed to across the two parties. There’s a bunch of other issues. The House Foreign Affairs Committee and the Senate Foreign Relations Committee haven’t come to agreements on their particular titles. There’s a bunch of different issues that they’re trying to work out in these conference negotiations between the House and the Senate, and they don’t all fall along, very neat, Democratic and Republican lines.

Eric White: Zach Cohen is a congressional reporter for Bloomberg News, we talked about gun violence and inflation as two issues that are in the forefront of Congress in the news, but out there is the lingering issue of abortion rights, is that going to have any effect on what is going on as the Senate and House try to just get back to business as usual?

Zach Cohen: The House is actually scheduled to vote on two more abortion related bills. First is the Women’s Health Protection Act. We’ve seen this bill a couple of different times without a vote on it again, that it would essentially codify Roe v. Wade, that landmark decision that the Supreme Court overturned a couple of weeks ago. Then that that would likely pass the House again. But this is also the same measure that Senate Republicans had filibustered in the past. There are only two Senate Republicans to Susan Collins (R-Maine) and Lisa Murkowski (R-Alaska), who identify themselves as supporters of abortion rights. And so it’s a pretty high hurdle to get anything to the Senate that would essentially codify the Supreme Court precedent the Supreme Court had overturned.

The other bill worth watching, which I believe is new, would essentially prevent any bans on women seeking abortions who are crossing state lines in order to do so, anybody who goes from a state that bans abortion to a state that allows them. This is something that is obviously a real concern. And that bill should come up for a House vote as well, remains to be seen how that might do in the Senate. 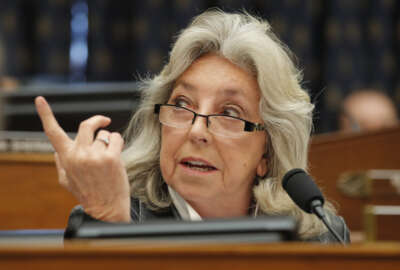 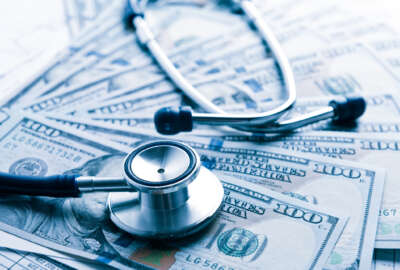 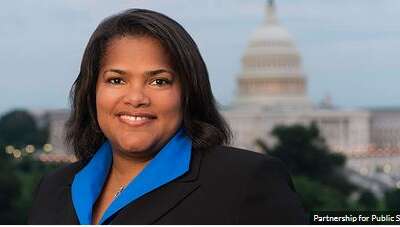