Could contractors actually prosper during the pandemic

Okay, federal contractors. Listen up. Presuming you can keep your company live until the other end of the tunnel we’re in, can you actually prosper? For some advice on navigating the next few months, Federal Drive with Tom Temin turn to the CEO of innovation advisers BMNT, Peter Newell. Read more here.

Okay, federal contractors. Listen up. Presuming you can keep your company live until the other end of the tunnel we’re in, can you actually prosper? For some advice on navigating the next few months, Federal Drive with Tom Temin turn to the CEO of innovation advisers BMNT, Peter Newell. Read more here.

Tom Temin: Pete, good to have you back.

Tom Temin: Briefly tell us about your own company. The consultancy. You don’t have offices or regular hours or any of that kind of accouterments. So you’re pretty agile even in a situation like this.

Peter Newell: I think that, you know, we embrace the concept of entrepreneurs, folks who need to get out of the building to engage people, learn things. So while we do have offices and Palo Alto and D.C. and London, the vast majority of folks could never be found in those offices. So BMNT for seven years now has really worked in a distributed manner with people accustomed to working off Slack and on phones and on Zoom and Google Chat. We don’t have a set schedule for people and so the transition to this environment was pretty easy. for us. Folks are working harder now than they were before because they’re engaged with so many different types of people.

Tom Temin: And you have written pretty extensively about how federal contractors can stay alive in this. What are the top strategies for just basic survival? I mean, without the revenue, it’s pretty hard.

Peter Newell: Truly the longer this crisis goes on, the more debilitating it is for small companies, particularly contractors who have lots of downstream issues such as payments are delayed or contracts are delayed and they can’t close things. It’s hard. First and foremost, the first bit of advice I give to any CEO of any company of any size is you can’t wait to make hard decisions, nor can you make decisions by committee. In crisis, this is your job as CEO, to know the cold hard facts about your company and actually make hard decisions. And then beyond that, individual things you ought to focus on, like first keeping the company alive and taking care of your people. You want to have a company at the end of this.

Tom Temin: Sure, and in some ways your Army experience seems to inform this type of approach. At some point, somebody’s got to make a decision and go with it. And sometimes the lack of a decision is worse than no decision, sounds like.

Peter Newell: Sometimes that’s true. Actually had this conversation somebody the other day about the difference in wartime decision making and peace time decision making. In peace time, there was time to meet with the staff and get a staff assessment and come up with a consensus and work through things. In times of crisis, in the middle of a fight, you had to make cold hard fast decisions based on the facts as you knew them. And you needed to be comfortable making the decision because at those points not making a decision, you know, was a decision. And hat could very well cause the loss of somebody’s life because you just pushed the decision down stream.

Tom Temin: And I guess one of the emerging facts in this whole thing is this $2 trillion bill that Congress passed and the president signed, and turns out there’s a lot of contracting opportunity in there. So maybe this is the time for some serious homework.

Peter Newell: Yeah, it really is a dichotomy because it’s not gonna happen tomorrow. But there is this great promise of the people in the $2 trillion package that was just signed. And now they’re negotiating number four, which is supposed to focus on infrastructure. So if you can survive long enough and you have the ability to still do work, there are opportunities out there for you to do things. At the same time, and in particular we’re finding, is our current clients have a very new normal that they weren’t expecting and many cases weren’t prepared for, and they are desperately searching for the ability to continue the mission and keep up with their functions. In that space, there is also opportunity to reimage yourself and provide different sets of tools, but continue to be, you know, incredible value added for your clients and others around them.

Tom Temin: Let’s talk about companies that make stuff for a moment. Some of the big federal contractors, the established ones, are manufacturers. Some startups start up to make things. What about the idea of repurposing the manufacturing capacity you have for what might be needed for the government. Does it have to be Ford and General Motors that make ventilators or B-24s in the case of World War II. Or can smaller manufacturers have the agility to switch what they make to capitalize on what’s going on?

Peter Newell: It’s a great discussion. Not too long ago, we got into a discussion about whether or not the United States has the capacity to do today what it had done at the beginning of World War II, which was completely change manufacturing lines to mass produce things for defense effort. So it was interesting to see over the past couple of weeks, the first folks who started making things were those with 3D printers and folks at home and who were designing out there and like it was this mass movement of folks who had access at the at the home level and at the startup level who had the ability to make things who suddenly changed what they were doing. You know this great story carbon, which is a 3D printer manufacturer based in California, who looked at lots of different things that could have done and decided that the one thing they could do the best and fastest was to print face shields for medical people without anybody asking and without any national effort to do it, they just started doing it. They connected with a network of manufacturing folks who had known each other for years and had come together. And were trying to figure out who had the capacity to do what and then suddenly that connected with folks with the Defense Logistics Agency and Oak Ridge National Lab and the advanced manufacturing folks who suddenly created a pipeline capacity.To take that which didn’t exist back in World War II, and now couple that with the president’s action of the Defense Production Act and basically looking at major manufacturing and saying you will. You will produce medical required stuff. And in between that are folks like Bloom and Tesla  and other companies who have these really ingenious people inside these companies who looked at the needs . For Bloom, it was ‘send us your broken ventilators and we’ll fix them.’ To Tesla who rebuilt their manufacturer line. To GM and Ford who had workers come back and completely rebuild manufacturing. So this was a really interesting test of the premise that maybe we do have a capacity that we had in World War II. But it’s now very different that if you do make things and have the agility and the entrepreneurial spirit to change what you do, there’s an immediate need today to fill holes in things.

Tom Temin: And is there anything that companies, whether on the manufacturing or service’s side, can do to maybe shake contracting officers that might be crawling into their shells in the crisis, or agency program managers, into also thinking a little bit more creatively in the interests of the greater need that the country has?

Peter Newell: Absolutely. There is a certain bucket that says if you have ideas or thoughts or the capacity to help deal with the COVID-19 crisis, and it’s not just medical equipment, but it’s supply chain management. If you’re watching New York City, one of their biggest issues is just moving supplies to where they need to be. So there’s lots of ancillary things that as this becomes pandemic come across the United States that things change whether it is managing access to grocery stores or helping the elderly critical items of food or medicine and other things. There’s so many things that will need to be done and there aren’t enough companies today that necessarily do them or on enough companies to do them in that space. You know, there is an opportunity to work closely with your program manager and other folks who may or may not have a direct role in those things, but they probably know somebody who does. But now is a great time to produce those ideas and build the networks and see if you can find an opportunity like that.

Tom Temin: Pete Newell is chief executive of consultancy BMNT. As always, Thanks for joining me. 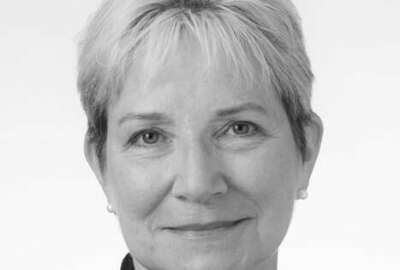 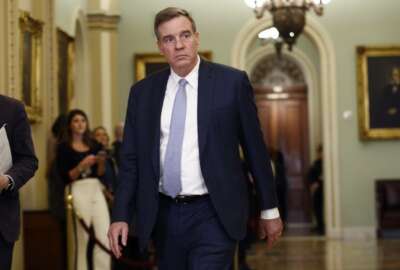