Widespread personnel changes at the General Services Administration, and future budget warnings from the Defense Department, make for uncertainty on the part of contractors. For this week’s decidedly mixed review, Federal Drive with Tom Temin turn to long-time federal sales and marketing consultant Larry Allen.

Tom Temin: And Larry, I guess you need a score sheet for all of the changes going on in TSA personnel. Give us the rundown.

Larry Allen: Tom you’re exactly right. You used to be able to say you can’t tell the players without a scorecard and at GSA you need a new scorecard. Right now we have Bill Zielinski, who was the head of the GSA IT category, retiring from federal service and reportedly anyway moving out west and taking jobs somewhere there. That’s a big loss for the agency because he’d been a rising star and certainly a good powerful speaker, a good representative for GSA, and a good leader. Taking nothing away from Laura Stanton, who’s his deputy and now acting in Bill’s position, but Laura herself has a pretty full plate, overseeing things like the EIS telecom contract the E-marketplace pilot initiative. Just a couple of small programs that part of GSA is managing Tom. And coming in behind Laura, they’re bringing in someone from industry, Vera Ashworth coming back into federal service to be Laura’s Deputy Assistant Commissioner. So that’s another new face all together. So that part of GSA has got a lot of changes in it. If you go next door to the CIOs office. Couple of people in Dave Shives shop are leaving. Probably the most notable one is Dave Harrity who’d been a lot of time associate CIO, given a lot of responsibility for keeping customers happy not just inside GSA but outside of GSA as well. Somebody who had a lot of experience in his job and had a lot of clout in his areas. So that’s not the type of thing that’s easily replaced overnight. So, just a few things going on in those departments.

Tom Temin: Alright, they don’t really have a direct effect on federal sales, but contractors that like to keep track of the overarching policy, they are wondering what could happen next.

Larry Allen: Well, policy and it’s also relationships, Tom. I mean, even though we’re in a process oriented business in the government market, it’s also really driven a lot by relationships and relationships do matter. So, you know, people who are able to have good rapport with Bill Zielinski and kind of understand better where GSA was going in terms of its it business. Hopefully they have good relationships with Laura Stanton. Laura is a good person to get to know when she can slow down long enough, like I said she’s got a lot going on. Dave Harrity certainly had good relationships inside the agency and he had good relationships with customer agencies to that drove some people to use GSA contract vehicles. So that’s not replaceable. And over in the assisted acquisition services part of GSA Chris Bennethum is now the acting head as Tom Howder was made the permanent Deputy Commissioner of the Federal Acquisition Service. Chris, somebody that not everybody needs assisted acquisition community knows. I’ve known him for years. I’ve been doing business with GSA for 30 years. But you know, the point is that it takes time to re-establish key relationships and the key places where you’re used to doing business, either in terms of direct sales or in understanding how best to partner with an agency, in this case, GSA.

Tom Temin: And you’re also advising people that you’re working with to be careful of some of the ethics rules that have maybe come to sharper focus during this time. Tell us why that matters now, you know, perhaps more than other times.

Larry Allen: Well, I think it matters now, Tom, because there’s a default setting that a lot of us have to try to help people out in need. And that’s a good thing, we should definitely make sure that we’re trying to take care of each other, particularly at a time like COVID-19, where a lot of people may be isolated or undergoing some sort of difficulty. But if you’re a federal contractor, and you want to provide some help or relief to your federal customer, you need to be reminded that no one has waived the federal ethics and gift laws. So as a federal contractor, if you want to help you have to be careful about how you do that. You have to remember that federal employees have generally a limit of taking anything of value of up to $20 per occasion and up to $50 per source in a calendar year. And a source isn’t just you, a source is your entire company. So you have to be careful about that. And in fact, some agencies set zero tolerance rules that go beyond the general gift rule. So you have to be acquainted with what those rules are. Look, the last thing you want to do when you’re trying to do something well intentioned, is have it backfire. Get your federal contact in trouble, potentially gets you and or your company in trouble. Just a good idea to revisit what those rules are, and look for some creative ways to provide help that are meaningful and keep everybody on the right side of the ledger.

Tom Temin: Alright, so no sharing that tin of altoids?

Larry Allen: A tin 10 of altoids, yeah, I haven’t priced those out lately, Tom, but you know, that type of thing or, you know, even if you’re sharing a taxi ride, even if you’re going in the same direction, sometimes you got to be very careful about that as well, in terms of who’s paying.

Tom Temin: And in a related matter, the contracting oversight that has been spawned also by the virus situation that’s not going to die when the virus dies, is it?

Larry Allen: Oh, absolutely not Tom. In fact, I think you know, we talked about second wave in terms of COVID-19 infections, the second wave in government contracting is going to be the oversight of where all the federal money went. And while a lot of the federal relief dollars have gone to individuals or have been distributed through banks, the extent to which it’s come into contractors hands is the extent to which contractors should expect to have ramped up oversight. Today, the motto is we’re all in this together. But we’ve already seen through experience that tomorrow or two weeks from now, there’s a very short line to congressional oversight. Was that contractor acting responsibly? Were there are bad actors? And if there are bad actors the inevitable call to tighten up federal laws and regulations to try to clamp down on wrongdoing. Now, I’m a big believer in clamping down on wrong doing, no one really is in favor of fraud, waste and abuse. But, problem is the pendulum never stops in the middle. Tom, we’re going to see I think a new wave of federal rules and regulations that’s going to make government contracting that much harder, not just for industry, but for government as well. That’s going to be one of the post COVID-19 outcomes for contracting and if you remember, this is going to be a little bit like the aftermath of the problems we had with contracting in Afghanistan and Iraq. Just a fun time for everybody to ook forward to.

Tom Temin: Larry Allen is a federal sales and marketing consultant As always, thanks so much.

Larry Allen: Tom, I appreciate it and I wish your listeners happy selling. 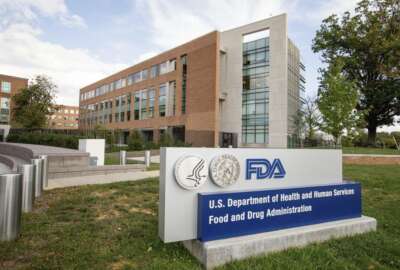