Contractors often face a dilemma. Do they anticipate unforeseen costs in a government project with a padded bid, or do they include a cost-shifting contingency in their bid to a reluctant contracting officer? A recent construction case shows how difficult things can get when the contractor encounters surprise obstacles. Federal Drive with Tom Temin got more from procurement attorney Joseph Petrillo.

Tom Temin: And Joe, let’s start with how this kind of contingency cost or unforeseen cost that may not be the contractors fault — how are those supposed to be handled in the first place?

Joe Petrillo: Well, you know, in a fixed price contract that when the unexpected happens, it usually falls upon the burden of the contractor. They’ve committed to do something for a fixed price and if things aren’t necessarily what they had anticipated, that’s usually the contractors burden. I think we discussed a case a couple weeks ago in which there was an Ebola outbreak and that caused the contractor extra costs they had to bear. However, there are ways of dealing with that when uncertainties are foreseeable in that ironic sense. And in construction contracts, for example, there’s a differing site conditions clause that allows the contractor to recover if the site conditions are materially different from those described in the bid documents. And that was the clause at issue. In the case of Corps of Engineers versus John C. Grimberg Construction Incorporated. Grimberg was the contractor for design build contract to construct a bio lab at the installation, and the design build contract required that the building be anchored with 48 piers, each of which had to be drilled into five feet of solid rock. The geology of that area had what’s called a karst formation, which is known for having extremely variable conditions in the rock the subsurface rock, so the bidding documents contained the record of 48 borings to show subsurface conditions. Unfortunately, only two of those were in the footprint of the building. Those two showed extremely favorable conditions. But there was still, of course, some uncertainty, the contractor assumed that the two very favorable ones would be the case for the entire building footprint sure and fit the minimum amount of drilling. In fact, they ran into much worse conditions and had to drill four times more rock than they had anticipated. So they submitted a claim under this clause.

Tom Temin: So the Army had presented these 48 borings with only two in the building footprint as sort of evidence for what the contractor eventually would face.

Joe Petrillo: Exactly. And that was supposed to be the basis for supplying the bids, the bid prices. The claim the contractor submitted for the extra drilling was rejected by the Corp. The Corp went to the Armed Services Board of contract appeals to appeal the negative ruling by the contracting officer. And the board looked at the situation and they decided that the government’s position which was that the contractor should expect it what it encountered was unreasonable. The government’s position was based on some borings at play that were several hundred yards from the building site. But they also thought that given the uncertainties of this rock formation, that contractors overly optimistic assumption that it would have a perfect conditions were was also unreasonable. So they did jury verdict. They basically used the expert testimony they had to estimate that some portion, roughly 15% of the extra drilling, should have been anticipated, and they awarded the contractor costs for the remaining about 85%

Tom Temin: I guess one question before we get to what happened subsequently, is did it come up at all or could the Army be accused of purposely misleading would be contractors so that they could get a lower bid and maybe knowing, you know, keep boring baby, and you’re going to really find what’s going on underneath here?

Joe Petrillo: While there was no evidence of that, in the record. It just seems to be the case that there were insufficient boring results in the building footprint, and they provided what was available, but there wasn’t all that much.

Tom Temin: Alright, so the contract Board of Appeals gave money to the contractor. The Army didn’t go along, did it?

Joe Petrillo: No the army appeal to the Court of Appeals for the Federal Circuit — and the Court of Appeals of Federal Circuit looked at the case in a very different way. Instead of looking at the facts and circumstances and trying to figure out a fair resolution using a jury verdict and splitting the difference, they decided to apply fairly strict rules that would kick in to determine whether the contractor was entitled to any adjustments at all. And one of those rules was that the contractors interpretation of the contract documents was reasonable. And the board specifically held that they felt that the contractor is overly rosy assumptions were unreasonable under the circumstances.

Tom Temin: That is to say it underbid to its own detriment?

Joe Petrillo: Exactly. And rather than use this risk shifting clause or risk allocation clause, to mitigate the contractors situation, at least some of the costs, which were well over what the board thought was a reasonable assumption. The Court of Appeals held that there was no entitlement at all, that the burden of under bidding which was on the contractor to begin with, was not shifted by this clause because the contractors assumptions were unreasonable. And the fact that they were more reasonable than the government’s unreasonable assumptions wasn’t enough to support recovery.

Tom Temin: I wonder if there was an option for the bidders to do borings before making a bid?

Joe Petrillo: Usually, that’s not permitted. And it probably is a pretty expensive proposition. I don’t think a specific bidder will want to invest in that kind of activity before actually having a contract in hand.

Tom Temin: I guess the borings to support the building were big. In other words, to put piers down into the ground through the rock concrete piers, I imagine they’re probably two feet by two feet or something. That’s a lot of rock to dig out five feet down.

Joe Petrillo: Yeah, that’s absolutely right. And I’m sure the costs were quite considerable, especially because it was four times what had been anticipated. But, you know, in this instance, the contractor wasn’t able to prevail. And there’s a policy issue here, are we going to construe these clauses strictly and have an all or nothing type of result or are we going to use them as a basis for a jury verdict and try to mitigate the unforeseen circumstances that are much, much worse than the board thought should have been anticipated. And in this instance, the Court of Appeals decided to take a strict and all or nothing approach.

Tom Temin: What might have been a better bidding strategy perhaps for this company?

Joe Petrillo: Well, I think given the lack of information, they probably should have put some amount of contingency into their bid. That may have meant, however, that they were not the low bidder and would have lost out on the contract. But then if the low bidder had failed to include a contingency it would have been in this same position. One alternative I’ve seen in some construction contracts is that where there’s uncertainty about the amount of rock excavated, for example, there is a per cubic yard amount bid for the specific rock that’s actually excavated. So you can adjust compensation and shift the risk somewhat using methods like that, but the court didn’t do that here.

Tom Temin: Alright, (jokingly) so a boring case that was anything but boring.

Joe Petrillo: (Laughing) So to speak.

Tom Temin: Joseph Petrillo is a procurement attorney with Petrillo and Powell As always, thanks so much. 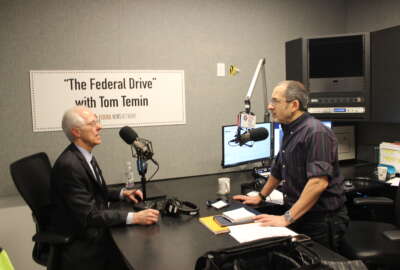 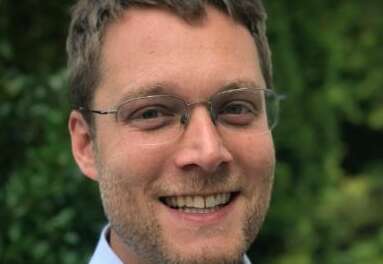