The General Services Administration has struggled for years to establish a new government wide acquisition contract for small businesses. Alliant 2 Small Business was to bring agencies a vehicle to buy information technology services. Now GSA has cancelled Alliant 2 SB, stating it plans to take a different approach to getting those companies a shot at federal business. Longtime GSA watcher Larry Allen joined Federal Drive with Tom Temin with his take on this surprise development.

Tom Temin: And this did come out on a Friday afternoon, true to form in the government, Larry. And this has been running on now, this solicitation, what for several years, correct?

Larry Allen: Tom, it has been running on for a while. With Alliant 2 Small Business GSA, and I think the small business community generally had great hopes for this contract. Alliant 1 Small Business had gone well. Alliant 2 (unrestricted) continues to do good business. GSA unfortunately could never get Alliant 2 Small Business off the ground. A casualty of too many protests, too many protracted protests. I know that GSA have looked long and hard at a couple of options and they had been engaged with industry for a while. Protesters anyway trying to resolve the issues at hand in the protest. They were looking at the end of this fiscal year. They’re looking at the fact that the offers that had been originally submitted, were now about ready to go to Kindergarten, Tom. So I think they made the right decision. It’s not a decision that’s easily made ever. But in this case, it was the right decision to pull the plug on Alliant 2 Small Business and focus on the existing procurement programs that they’ve got in place to serve customers during the end of this fiscal year. And GSA in the announcement also said that they are going to be looking at a new small business vehicle, probably not called Alliant, but one that would nevertheless provide opportunities for small businesses wanting to sell IT solutions.

Tom Temin: Sure. And we should point out that more than a year ago, almost a year and a half ago, the GSA had made awards under Alliant 2 Small Business, and the whole thing ended up in court. And they were all rescinded – the offers. So there’s been this torturous process that they just can’t seem to get together with industry. What were the big issues, do you think?

Larry Allen: Well, a lot of this stuff was under wraps because it’s a party to protest litigation, Tom, but I think, you know, you can speculate with some accuracy on the scorecards that GSA used and the type of experience that they required versus the type of experience that different small businesses that weren’t successful had. I think there are probably some small businesses to be fair that didn’t win, that protested feeling that the protest would give them an automatic award. That’s not unfounded. We’ve seen GSA and other agencies take that approach before to get a program up and running, do away with the protest by giving you an award. Well, the agency didn’t do that. In this case, they stuck to their guns more or less on their evaluation criteria. I know that they swapped out some people inside the Alliant program, gave them some fresh people on their side to take a look. So it’s not like there were personalities that totally drove this process. GSA was willing to make a fresh start on its side. I think that some of this is a cautionary tale. You know, I’m never one to be a reluctant protest recommender. On the other hand, you have to always have in mind the answer what it is you want. And in this case, nobody got they wanted, Tom. Awardees didn’t get an award. The protesters didn’t get an award. They protested, spent a lot of money on legal fees because this was protracted over a number of years. And now everybody’s back to square one. So nobody’s happy. So this is a cautionary tale about being too aggressive and maybe trying to qualify for a program that you might not have been qualified for. So on that front, I would be wanting to tell NIH, “Look, guys, when you’re getting ready to do CIO-SP4. This is an experience you might want to keep in mind.”

Tom Temin: Alright, we’re speaking with Larry Allen, federal sales and marketing consultant. And GSA in its release did say that they noted the fact that earlier, they had increased the STARS 3 ceiling by $7 billion. So people could use that – there is a vehicle. But they also said, I thought cryptically, that the market has changed and they’re going to try a whole new approach to getting small business IT services into the government, but they didn’t elaborate. What do you think we can expect from whatever their new approach will be?

Larry Allen: Well, in the short term, I think you’re right. In the short term GSA sort of solved part of the Alliant 2 Small Business problem by increasing the ceiling on STARS 2, not entirely because that’s for 8(a) companies, not everybody. But that was an easier move to do and it gives them a good, reasonable group of contracts to go with during the federal fourth quarter. Moving forward for whatever comes next for Alliant Small Business, Tom, perhaps we’ll see GSA move to a non priced IDIQ contract? We know that the agency has some authority to do that, particularly for the Schedules program. Maybe we’ll see them move into this realm now, where they’re going to be focusing on capabilities. I think one of the things that GSA is going to have to work on is a very, very clear understanding of what type of businesses they expect to qualify under whatever subsequent contract they put together, and what they’re trying to do. Is this an entry level contract is it a non entry level contract? Frankly, if it’s a non entry level contract, that’s okay. Direct those companies into the GSA Schedules program.

Tom Temin: Yes, I was gonna ask about the schedules because they’re trying to simplify all of that and have just one schedule that would be easily searchable for the types of services. Presumably you could put in the criteria that would be small business or a day or HUBZone, or whatever your criteria would be. And then what would you need an Alliant 2 for if everybody’s already on the schedule?

Larry Allen: Well, there are certain people who would certainly talk about that. But one of the things you get in flexibility with a GWAC like Alliant is you get the ability to do cost plus work, which you cannot do on schedule because it’s a commercial item contract. And you give people an opportunity to, on the buyer’s end, have some degree of understanding of the companies they’re doing business with because they have to pass maybe a different threshold. Schedules program, of course is very versatile and it’s open for new offers. So if you were an unsuccessful Alliant Small Business person and you don’t have a schedule, maybe you want to take a look at that? You want to have a vehicle and that’s a good place to cut your teeth. If you’re not familiar with the market, get familiar with the market, and then you get that experience that’s going to help you bid on a subsequent GWAC, whether it’s whatever Alliant 2 Small Business becomes, a future GSA or even the NIH’s program.

Tom Temin: Larry Allen is a federal sales and marketing consultant of long standing. Thanks so much.

Larry Allen: Tom, I appreciate it and I wish your listeners happy selling. 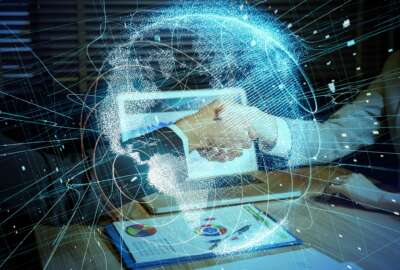 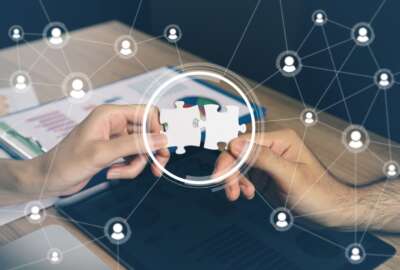