Congress appropriated a couple of trillion dollars in the federal response to the pandemic. A surprisingly small fraction of that money went to contracts awarded by agencies. Still, billions aren’t nothing, and the Government Accountability Office has been tracking the contracts and the agencies issuing. For the size and scope of pandemic contracting, Federal Drive with Tom Temin turned to GAO’s director of contracting and national security acquisition issues, Marie Mak.

Tom Temin: Mrs. Mak, good to have you back.

Marie Mak: Thanks for having me.

Tom Temin: This look at contracting related to the pandemic, what did it show? Give us the big numbers here?

Marie Mak: Well, let’s start with the main key finding that we found was that as in past emergency response efforts, we always find that contracts do play a key role. And that contracting during an emergency can present unique challenges as agency officials are faced with pressures to provide goods and services as quickly as possible. But in terms of total amount of contract obligations as of June 11, it was about 17.8 billion. And it was for departments Health and Human Services, Defense, Homeland Security and Veteran Affairs that accounted for 85% of the total COVID-19 contract obligations. About 62% of those obligations. $11 billion were for goods, such as ventilators, gowns and N95 respirators — versus services such as commercial biomedical research, and vaccination and development. So there was a greater percentage used for buying goods than they were for services. And governmentwide most importantly, over half of the obligations were not competitively awarded, which is about $9.4 billion. Recognizing that this pandemic is an unprecedented global and national crisis. It’s not a surprise, but over two thirds of that $9.4 billion used the urgency justification in their contracts so that way they don’t have to go through a full and open competition. However, what we found in are prior work, even in urgent situations, promoting competition, even in a limited form, increases the potential for quality goods and services at a lower price.

Tom Temin: Sure, because I remember going back to Katrina, even there were always questions about the government, whether it’s good at using its emergency acquisition capabilities. So does this look like lessons were learned at least just from a casual look at the way this was done? Have they gotten better at acquiring things in a sound way, even though it’s an emergency?

Marie Mak: How effective these efforts, the jury’s still out on that. But I would say that because agencies are given priority to move quickly, there have been a lot of flexibilities within the procurement process that allow agencies to award contracts quickly in emergencies such as this. As a result to move quickly, agencies typically will make trade offs and from a contracting perspective that trade off can mean awarding big dollar contracts without competition, using certain authorized contracting flexibilities such as awarding before final agreement is reached, and all of those increase risk. But like I mentioned earlier, the jury’s still out on the effectiveness of those efforts. We will have future work that will cover some of these issues where we’ll actually pull contract files and examine agencies planning and management of the contracts. But they’re always targets of opportunities to do things better when it comes to contracting. Key among them from some of our prior work are ensuring an effective and adequately trained team of contracting staff, clearly defining the requirements of what you want to buy, promoting competition and putting in place transparency and accountability mechanisms.

Tom Temin: Let’s take the example of ventilators. I did a little research in ventilators and that’s a surprisingly lively market. A lot of companies make different types of ventilators. It seems like even in the emergency it would be possible to have competitive procurements of ventilators. So in looking at this particular buy, were you able yet to determine whether they use just an open award and just said you’re going to get it? Or did they use existing contract vehicles and maybe issue task orders under say an IDIQ where presumably some negotiation was done prior?

Marie Mak: What was interesting enough, and I can’t speak to ventilator specifically since we haven’t pulled those specific contracts, is out of the four departments that were considered the highest in terms of federal contract obligations — greater than 50% were non competed. But if you look at the amount, the percentages for each one of those departments that competed awards, again, like I said, it’s less than 50%. There was a much higher percentage for preexisting contracts for any of those kinds of things that they purchase, whether it be goods or supplies exactly like what you said, using these IDIQ contracts. And that’s something we have looked at the past, having pre existing or advanced contracts in place that are put, for example, before we had the hurricanes, life sustaining goods and services, they’re ready in the immediate aftermath of the disaster. So there’s something to be said for that, given that there’s a much higher percentage of those that work competed that came from pre existing contracts than those that were not competed from all four of the departments. What they actually bought out of that and what other mechanisms — other than they were IQDI contracts, I really can’t speak to that at this point.

Marie Mak: Absolutely. But that’s where the benefit of having an advanced contract would be very valuable because it’s negotiated and it’s competed well before and they can still do that now given that this is still continuing. You can put some of these advanced contracts in place for longer term especially now that the number of contracts being awarded have gone down some. So there is time to put some things in place for some of the things that they see is essential because we don’t know when this pandemic is gonna be over. We don’t know when the need for some of these things are going to be over.

Tom Temin: Drugs and biologicals and laboratory equipment and supplies were the smaller categories, medical and surgical equipment were the big ones — equipment seems to be the Bugaboo here.

Marie Mak: Mostly for like masks and for the N95 respirators and gowns. So yes, those were the bigger largest obligations, about 62%, 11 million were for those goods. But that doesn’t mean there still won’t continue to be contracts being awarded for some of these things. As we progress, we are updating those numbers for our GAO 60 day report, which is due to come out in September.

Tom Temin: Any conclusions that you can draw then, so far, even though you don’t have recommendations, we should point out because this was just I guess a temperature taking more than analysis. But what are you expecting might come down the line?

Marie Mak: I would refer back to some of our prior work and some of the targets of opportunity to do things better when it comes comes to contracting in terms of focusing on adequately trained contracting staff defining requirements, promoting competition and putting in place these transparency and accountability mechanisms. With billions of dollars being awarded through contracts for COVID response, it’s imperative that agencies continue to improve in these areas.

Tom Temin: Well, sure, but I mean, looking at the $17.8 billion to June, maybe it’ll be 20 million by the time we’re done talking and September comes around. It’s not a small number, it’s an important number. But it’s also a very tiny percentage of two or two and a half trillion. Could we say that surprisingly little was needed by the government in terms of what Congress felt had to be the adequate response for the pandemic?

Marie Mak: Well, that’s not to say I mean, contracting is still a very important part of procuring the needs, whether it be goods or services. So, I mean, small amount is relative, but still very, very important. It’s still a lot of money that is being spent that are at taxpayers expense, and we need to make sure that folks are held accountable for these types of contracts. One of the areas that I didn’t mention earlier that we’ll also be doing some future work on is contractor responsibility. We need to before any contractor is awarded regardless of the acquisition method, agencies must make a responsibility to turn termination which means we’re the prospective contractors. Were they adequately financed? Do they have the resources? Did they have a satisfactory performance record? And did they have the necessary experience to perform the terms of the contract or have the ability to obtain them? And that’s something that I think is very, very important to be looking at to make sure that agencies are following the appropriate contracting practices.

Tom Temin: And the evidence so far of fraud, or will you be looking at that in the future also?

Marie Mak: That is ongoing work that we’re looking at. I don’t have anything to be able to say at as of this time, but GAO did issue a fraud risk framework back in 2015. And it provides a comprehensive set of leading practices for agencies to use to combat fraud in a strategic risk based way. And once this pandemic was declared a national emergency, OMB also put out guidance requiring agencies to be following that, so we’ll be looking into that as well.

Tom Temin: Marie Mak is director of contracting and national security acquisition issues at the Government Accountability Office. As always, thanks so much. 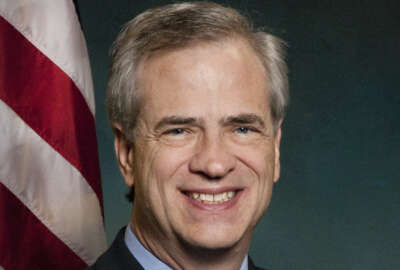 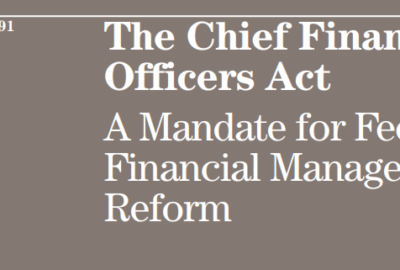