While you were teleworking and hunting online for fashion masks, a major federal new procurement rule sprang up. Right now it only applies to the Defense Department and NASA. But it could soon come to all agencies. For what it is and how it changes things, Federal Drive with Tom Temin turned to Washington D.C. procurement attorney Joe Petrillo.

Tom Temin: Joe, this I guess implements something from an older NDAA. Tell us about this rule.

Joe Petrillo: Sure. Well it started with the 2017 National Defense Authorization Act. And so this is about three and a half years later, and we finally have a FAR rule implementing that provision. It became effective August 3. So we’re right on the cusp of the beginning of this, this new system. If the regulation creates a new type of multiple award task and delivery order contract for services, it’s not going to apply to goods, just services. And it’s at the option of the acquiring agency, they can do things the old way or they can try this new technique. The basic concept here is that price or cost is not evaluated at the time of contract award. Right now the laws and regulations require the evaluation of price or cost at the time of contract award. That’s not going to happen here. Instead, every offer or offeror with a technically acceptable proposal that otherwise conforms to the solicitation gets a contract award. But when the orders are awarded and competed, then price or cost is evaluated for every order that’s placed under the vehicle.

Tom Temin: So a single agency with a need can create almost like a miniature GWAC just for itself against which it will issue task orders, but it will have multiple awards initially.

Joe Petrillo: It’ll have multiple awards, and those awards are made without consideration of price. The price competition and the price consideration comes later on when the orders are being competed. There are a few other requirements, the vehicle has to have an expected value over the simplified acquisition threshold, which was also raised with new regulations to about $250,000, half a million in certain conditions. The contracts have to be for the same or similar services and the vehicle can’t be used for sole source 8a awards. But other than that, it is stated.

Tom Temin: If I have a requirement for services, say I’m going to modernize my IT infrastructure in my agency, and that’s going to take a series of services, I can put out a solicitation and I can make four or five or six awards but not actually give anyone any money. And then once those awards are made, as I come up with task orders, then I pick one of the awardees based on the price of that task order. Is that how it works?

Joe Petrillo: That’s the basic idea. But actually the number of awards isn’t really going to be up to the agency, it’s going to be every offeror who submits a technically acceptable proposal that otherwise conforms to the solicitation requirements. One question is why do this at all? And the reason is because evaluating price in these umbrella services contracts, where the work is done under task orders, extremely difficult. Sometimes you have a sample task, but those aren’t always actual orders that are going to be placed. You might write up some theoretical proposal for an order that’s never going to be placed and how valid is that really? And other times the agency will make an estimate of what the different types of services are, what the different labor category hours are going to be during the contract performance when the actual orders are placed. But that’s just a wild estimate and it could vary quite differently for different offerors. So that leads to a real difficulty and understanding and making a valid price comparison. So this addresses that — but then it creates perhaps other other problems.

Tom Temin: It seems that this could really undermine some of the existing government wide acquisition contracts for services, where you just go with a test quarter as needed, and everything’s already awarded and all this is done. This is seems to steer agencies in between going to the big GWACs or going to a full and open competition for every service they need that might be related to a string of services so that they can establish their own little multiple award schedule.

Joe Petrillo: Well not exactly. I don’t see anything in the rule that says it can’t be used for GWACs. But, of course, DoD, NASA and the Coast Guard only run so many of those. I think the way agencies will see it as a benefit is it retains two features that they like a lot about these large multiple award IDIQs. One is they’ve pre qualified a group of bidders. They know that these folks have met a certain minimum level of standards, and they have some confidence in them. Secondly, it provides some protection against protests. As you know, you cannot protest a task order under a certain dollar threshold for most reasons. And that’s $10 million for civilian agencies and $25 million for the agencies that are affected by this order. So those two benefits are preserved by this particular method.

Tom Temin: What happens if you put out a solicitation and 300 vendors show up? They’re all on?

Joe Petrillo: Well, that’s what you’ve hit on as the potential problem with this. We’re going to set out this method. and if 300 vendors show up, and most of them make the qualifications, they’d have to get the awards. So now you’re in a situation where you potentially have 100 vendors bidding on each opportunity, it’s probably not workable — and that may be the fear that keeps this from getting off the ground.

Tom Temin: What was the origin? Who wanted this?

Joe Petrillo: I’m not entirely sure. For one thing, it was passed three and a half years ago, and I don’t recall who is who is pushing it back then. But I think the problem it seeks to address as a very real one, which is how do you you do price comparisons and price competitions in these big procurements? You’ll see protests in which there are questions about price reasonableness and if it’s evaluated price realism, and you can see very, very wide disparities in hourly rates. And yet, they all seem to fall under the category of reasonableness or realism.

Tom Temin: And if an agency wants to not do it this way and just pick someone in an open competition, can they still do that and what do they have to do?

Tom Temin: Well you can try it out starting August 3, I guess. Procurement attorney Joseph Petrillo is with Petrillo and Powell. Thanks so much for joining me.

Joe Petrillo: Well thank you Tom. Have a good day. 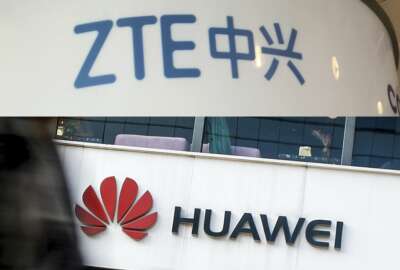