There’s no end of disputes between software vendors and their customers when it comes to licenses. A fresh wrinkle came in the case of the Small Business Administration and Software AG when the agency switched from a processor-based license to a processor core based license. With the lessons learned, Smith Pachter procurement attorney Joseph Petrillo. joined Federal Drive with Tom Temin.

Tom Temin: Joe, tell us about this case, because I’m not certain everyone understands the difference between a processor and a core.

Joe Petrillo: Well, first of all, you’re asking a lawyer, not a software engineer or hardware engineer. So I’ll give you the description that I…

Tom Temin: But somebody figured it out.

Joe Petrillo: With the increasing integration of circuitry in computers, you’ve still got a single chip that is the central processing unit, CPU. But on that chip, they can break it down into basically several sub chips that are each able to process computer instructions and software. And those are called cores. So a single chip might actually contain several different processing units.

Joe Petrillo: I’m sure there’s a reason for that, but it’s not one that I understand. In any event, this deals with the transition from single core CPUs to multiple core CPUs. And SBA had been fielding webMethods software to, I believe, design, integrate and maintain their web environment for their applications since 2004. About 10 years into that they changed the hardware configuration to multi core CPUs.

Tom Temin: Because I think all new computers have multi core CPUs in them, that’s the way CPUs are built nowadays.

Joe Petrillo: All the ones I have do, and I guess you’re right, that’s how they get better speeds and better performance. In any event, we’ve got this situation where they had to redo the software licenses for webMethods software. And the new licenses as part of SBAs hardware upgrade, allowed SBA to use the webMethods software on a total of 48 cores. No matter how many CPUs were running them, it still had to be only 48 cores. A couple of years into that arrangement, an SBA engineer noticed that they were actually running it on more cores and that webMethods assumed that the number of cores, it was going to be limited to 48. So SBA did an investigation, and in fact, they were running it on 128 cores.

Joe Petrillo: Well, almost, yeah. And to its credit, SBA, admitted, that’s what they were doing, started discussing it with a software publisher, and trying to figure out how to deal with the licenses. For reasons that don’t really appear on the case that didn’t work out, and eventually it went to a dispute. And there aren’t too many of these disputes that actually go to a decision. So this one’s kind of significant in that regard. And this is a decision by the Civilian Board of Contract Appeals. The name of the case is immixTechnology v. Department of Interior.

Tom Temin: immix, that was the reseller of the software.

Joe Petrillo: immix was the reseller, right. And SBA, for some reason, was buying through the Department of Interior. So we’ve got their names on the case. So when we have this go to a decision, SBA tries to go back to their original perpetual licenses and say, well these were on a per CPU basis, so we think we’re entitled to use a CPU basis for the new software licenses that we negotiated in 2014. The board didn’t buy that argument. The board decided instead that the parties clearly anticipated changing the method of licensing as part of SBA’s hardware upgrade.

Tom Temin: Got it. And that decision meant that the SBA had to shell out more to cover all of the cores, all of the 108 cores it was running the software on, correct?

Joe Petrillo: Right. They were short 80 cores. And the question is, what kind of relief, what kind of damages does SBA have to pay for that gap? Now, there were some issues that SBA did prevail on. One of the issues that had to do with what would be the cost of those 80 cores, and webMethods argued that they had to pay the list price under the federal supply schedule contract that was used for the acquisition. As you may know, federal supply schedule contracts have a stated list price, but that is frequently discounted, especially in the software area. Here there were significant discounts granted to SBA, and the board did not accept the argument that webMethods should get the list price. Instead, it was restricted to the discounted list price.

Tom Temin: In other words, SBA had a discounted price for the first 48 cores, the extra 80 cores that were discovered, they would therefore get the same price as they got on the first 48, whereas the company was trying to get the list price on the additional cores.

Tom Temin: Wow, real money. So what was the other issue they lost on besides the discount?

Joe Petrillo: Well, webMethods had a categorization of cores as type A, B, or C depending on their processing capabilities. And SBA was fielding processors, which they categorized as type C, but the licenses were only for type B. They lost that issue for a couple of reasons. One was, the categories had nothing to do with any industry standard. It was just some arbitrary determination that they had made about where they were going to draw lines for licensing purposes. And secondly, webMethods understood that the servers SBA was going to field where type C cores, but instead they proposed type B licenses. So it looked like a mistake that the contractor had made in the course of setting up this contract and not a deception on the part of SBA.

Tom Temin: Well, so SBA then ended up with 108 cores they had to pay for, but they would get them at the discounted rate. And the rest of it tough luck for Software AG, and the damage is only a million dollars.

Joe Petrillo: Well, some people think a million dollars is real money, but it certainly isn’t the 14 billion that they were seeking

Tom Temin: No, or the 2 trillion they were giving out to small businesses at the time when this finally came to court. So the lesson learned here then is pay attention to your new hardware and understand the licensing implications before you install new hardware.

Joe Petrillo: Absolutely. And obviously, as these environments become more and more technically complicated, the licensing is going to follow and you’re going to have to be more careful about how these deals are structured.

Tom Temin: Well, we got to the core of the issue on that one. Joseph Petrillo is an attorney with Smith Pachter and McWhorter. Thanks so much. 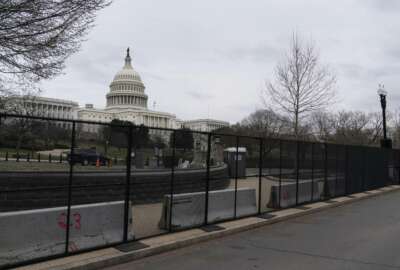