5 things contractors should care about in 2016

Calendar 2016 is in full swing and the fiscal year is nearly a third of the way through, but it’s not too late for government contractors to get ahead of the new year.

Recently, the Washington law firm Crowell & Moring hosted a webinar on topics ranging from acquisitions to intellectual property rights. Here’s a look at some of what contractors should keep their eyes on and ears turned to in 2016.
An election...

Calendar 2016 is in full swing and the fiscal year is nearly a third of the way through, but it’s not too late for government contractors to get ahead of the new year.

Recently, the Washington law firm Crowell & Moring hosted a webinar on topics ranging from acquisitions to intellectual property rights. Here’s a look at some of what contractors should keep their eyes on and ears turned to in 2016.

Angela Styles, chairwoman of Crowell & Moring and co-chair of the firm’s Government Contracts Group, said there were some good things on the horizon as the November elections approach.

“It really seems to be a calm election season from the government contracting perspective,” Style said. “Unlike other presidential election years, you’re not seeing contractors or fraud on the forefront, which I think is very good news for contractors, and I would expect it to stay that way.”

Sequestration limits also have been lifted, Styles said, so contractors won’t be under the same kind of funding constraints they were under in the last few years.

But Styles said there are also likely to be more regulations taking effect this year. President Barack Obama issued several executive orders, so “these are going to have to be implemented. So, we’re going to expect in the last year of this administration, the implementation and final rules for those regulations.”

Styles said contractors are likely to see an increased trend in enforcement.

“Whether that’s the [inspectors general] or the Department of Justice or the U.S. Attorney’s [Office], we are continuing to see increased investigations in enforcement,” Styles said. “We don’t really see an end to that at the moment.”

Stephen McBrady, a partner in Crowell & Moring’s Government Contracts Group, pointed out that one of the “unfortunately” hot topics for 2016 is the Fair Pay and Safe Workplaces executive order, which requires contractors, in order to bid on a government contract, “to disclose their compliance with a host of federal and state labor laws within the past three years and to update that information twice per year.”

McBrady said the final rule is coming out in April, clarifying specific obligations. He anticipates a legal challenge to the implementation of the rule.

Having a plan for day-one compliance once the rule is final is “not a small effort,” McBrady said.

Kate Growley,  a member of the firm’s Privacy & Cybersecurity, Government Contracts, and Commercial Litigation groups, said one regulation she is watching is the Defense Federal Acquisition Regulations Safeguarding Rule.

“The rule basically requires the DoD to include a specific cybersecurity clause in all of its contracts,” Growley said. “The clause itself is two general requirements. You must first protect Defense information that’s on your network using some very specific security controls, and you have to tell the DoD if the information gets compromised.”

Growley said the rule was originally published back in 2013, but the fact it’s been amended twice in the past six months has not gone unnoticed. One of the amendments was “pretty significant,” she said, giving contractors an extension through the end of 2017 to implement National Institute of Standards and Technology security controls.

“The situation is pretty fluid and we expect that to continue with some additional guidance coming out this year, and perhaps some more revisions,” Growley said.

“CISA provides a good floor for companies when they want to start sharing information with the government, but a second area we’ve seen companies increasingly engaged in is trying to rationalize and balance all the requirements they’re seeing coming out of the DoD and other civilian agencies and regulatory agencies,” Wolff said. “And to do that companies are increasingly taking a comprehensive approach to managing their cyber regulations. we see that companies are better able to manage risk, and more efficiently manage their networks using this approach, and we expect that to continue in 2016.”

John McCarthy,  a member of the steering committee for the firm’s Government Contracts Group, advised that in the coming year, “companies will have to become more strategic and more proactive in their planning and management of their intellectual property rights, including the rights of technical data and computer software.”

The federal government has become increasingly assertive, McCarthy said, in looking to get technical data and computer software during the procurement process.

For those reasons, in 2016, McCarthy said, “contractors will likely have to place greater emphasis on intellectual property strategy and government procurements, as we see these trends continue.”

“What this means for companies, when they are developing their IP strategy, they can no longer assume that their commercial license terms will govern, even when they are selling the government a commercial item,” McCarthy said.

McCarthy said the Defense Department’s issuance of its most recent version of its Better Buying Power initiative also means contractors are likely to see more DoD solicitations “that include provisions that require the agency to assess data rights and open system architecture” proposed in offers.

The result is that a proposal’s data rights assertion table, “which was once treated as an afterthought by companies and government agencies alike, could now be the difference between winning a contract and using it,” McCarthy said. “Companies can no longer wait” until the last minute to put together a data assertion table.

Bryan Brewer, the co-chair of Crowell & Moring’s Corporate Group and a partner in the International Trade Group, said in terms of 2016 trends, he expects to see continued activity in both buying and selling by private equity with a fair amount of dollars on the bench.

He said he expects cybersecurity and cloud computing on the forefront, as well as health care IT, and mapping, modeling and simulation. 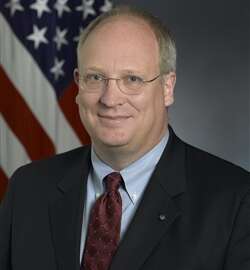 5 things contractors should care about in 2016