Six weeks after releasing the request for proposals under the next great IT services multiple award contract, the General Services Administration is facing its first protest on the Alliant 2 vehicle.

Enterprise Information Services of Vienna, Virginia submitted a complaint to the Government Accountability Office on Aug. 10 on the unrestricted version of Alliant 2.

EIS is protesting GSA’s terms of the solicitation. Sources tell Federal News Radio EIS is arguing the RFP violates federal contracting law as it does not state that the agency will perform a cost realism analysis before picking the multiple awardees. The company says since some of the task orders under Alliant will be the cost reimbursement type, it means the RFP has to have a cost realism review.

GAO has until Nov. 18 to decide on the protest.

GSA released the RFP for Alliant 2 on June 24 and has since issued 11 amendments. On Aug. 15, GSA said on its interact site that it will release a revised solicitation shortly.

Both contracts expires in 2019, but GSA wants to award Alliant 2 and have some overlap. GSA expects Alliant 2 to be worth $65 billion over 10 years.

GSA confirmed the bid protest but didn’t say how it impacts the RFP process. 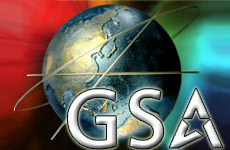 Trends on GSA’s Alliant that make you go, hmmm