Federal IT thinking catches up to the best in commercial

Tom Temin: How does the federal market look right now?

John Goodman: The federal government now is catching up to trends we’ve seen in the commercial market for some time. Our fellow citizens are used to being able to buy on Amazon, make reservations on their phones, live in a very digital world. And our federal clients are now seeking to offer the same level of services in each of their businesses to their customers, whether it’s citizens, soldiers, military families or businesses. So there’s a lot of focus on IT, modernization and in doing business in new ways to improve the services that the government is offering.

TT: It seems like the challenge is, how do you have a good robust marketplace for goods and services, say for the acquisition community and yet also add in the overlay of all the rules and regulations that go with specific budget line item levels, aside from the FAR rules. That seems to be the challenge in getting an electronic marketplace for federal buying.

JG: I think the main issue or obstacle has actually not been the FAR or acquisition regulations. The main obstacle in the past has been having a common vision and aspiration of what the outcomes are that we’re seeking. And the government is seeking to deliver. To me there has been a change in mindset. We see it both in the focus of agencies on delivering their missions in new ways and in the changes that have taken place to enable them to do that better. FITARA has empowered federal CIO’s to truly become innovation partners, and have a seat at the table — a change that [already] occurred in the commercial market.

TT: You’ve gotten two of the very tough assignments recently. You’re redoing the Air Force’s personnel system and personnel systems writ large is a big issue for the government. And you’re also involved in the electronic healthcare record problems at DOD and Veterans Affairs. Whatever you can say about them, please do.

JG: I would just step back for a second and say, I think one of the most visible and notable contracts that we’ve been associated with that had been very much in the news is healthcare.gov, where we were brought in to help fix the system, to get it up and running.

To me, whether it’s a healthcare.gov or any of the other complex projects on which we work, there are a lot of common features. First we need a very clear vision of what it is we’re seeking to deliver, what is the outcome we’re building and where are we heading.

Second is the need to bring all the right skills to the table — everyone from teams that had worked building websites to the technical architects to folks who understood enrollment processes and working with insurance companies. So industry skills, technology skills.

Third is the ability to engage with our clients and understand the change. That’s going to be required, whether it’s on the part of the government, employees who are going to be operating the system, or the range of their stakeholders.

TT:  I think it’s probably no secret industrywide that there is some divergence between goals for artificial intelligence and the way federal agencies are actually going about it. What’s the gap there and how can they bridge it?

We’ve recently conducted a couple of surveys. We surveyed federal executives and we asked the question, in the next two years, do you believe that your human workers will be engaging and working with an AI worker, if you will, a bot in one form or another. Eighty-two percent of federal executives have responded yes. That’s virtually identical to what we’ve seen in the commercial market.

The second survey we conducted [was of] federal workers. And what was really interesting and the results is that a majority of federal workers were really excited about the change in artificial intelligence. They saw that being a positive change that could help them better serve, that could help them better meet their missions. But they also noted that first they didn’t have a clear enough understanding at this point of how their agency planned to use artificial intelligence. And they didn’t feel like they yet had all the skills that they would need to be able to engage in that environment effectively.

Those are the two key challenges, I think, for our clients. It is first helping their workers and their employees understand how to use artificial intelligence. And second is providing their employees with the skills and training to be able to engage effectively. 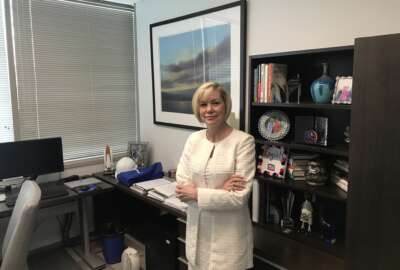 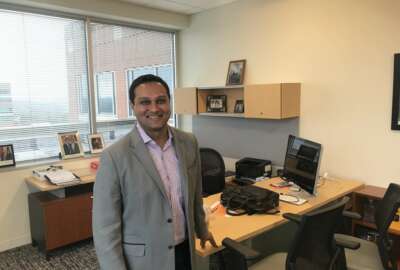 What does beer and federal IT mergers have in common? 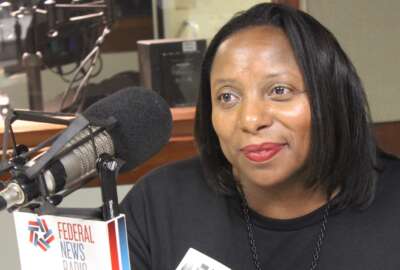 A robust small business environment is not without its challenges