Though the Pentagon isn’t ready yet for a full overhaul of major personnel policy, House lawmakers still want to try to move on some of the more pressing recruitment and retention challenges the department faces in this year’s defense authorization act.

Last year’s defense authorization act required the Pentagon to complete a full review of the authorities the department is currently using — and the ones they aren’t — under the Defense Officer Personnel Management Act (DOPMA). The report...

Though the Pentagon isn’t ready yet for a full overhaul of major personnel policy, House lawmakers still want to try to move on some of the more pressing recruitment and retention challenges the department faces in this year’s defense authorization act.

Last year’s defense authorization act required the Pentagon to complete a full review of the authorities the department is currently using — and the ones they aren’t — under the Defense Officer Personnel Management Act (DOPMA). The report was due to Congress by March, but House Armed Services Committee aides said they’re not expecting the final product until September.

In the meantime, House Armed Services Military Personnel Subcommittee is confident it has enough information to move forward on a few provisions for 2019.

“The members are really relying on that report to provide the rest of the story so that there can be meaningful debate and then change, if warranted, in next year’s bill,” a House committee aide told reporters Wednesday.

The House armed services subcommittee will begin their own markups Thursday.

House Armed Services Committee Chairman Mac Thornberry (R-Texas) told reporters earlier this month that 2019 may not be the year for major personnel reform, despite interest in the topic from him and his colleagues.

But the committee’s members still see an opportunity to get a few things done next year, and the House military personnel subcommittee included a handful of provisions in its version of the authorization act.

For example, lawmakers want to expand the constructive service credit for higher education, training or other experience to more specialized skills. Last year’s authorization act gave the department the authority to award credit to officers with cybersecurity skills. The House committee’s new recommendation would make the 2018 expansion permanent for cyber professionals — and would let the Pentagon apply the same credit to officers with other science and technology skills.

Another provision would let DoD promotion boards recommend officers who are particularly meritorious, according to the personnel subcommittee’s markup. Each service’s secretary could re-order promotion lists as they see fit. Currently, qualified service members are ordered by seniority and date-of rank.

“This would give the services another tool to be able to identify and be able to give a pat on the back to those individuals who are most meritorious,” the committee aide said of the promotion board provision.

In addition, House armed services members want to overhaul the Transition Assistance Program in 2019. A new provision would add specialized tracks to the TAP depending on whether a service member wants to go to college, enter the workforce or start a business after leaving the military.

The recommendation comes on the heels of the Trump administration’s own interest in the TAP. President Donald Trump signed an executive order earlier this year, which encouraged DoD and the Veterans Affairs Department to create more seamless transition and mental health programs for transitioning military members.

In addition, House lawmakers want to make the career intermission program, currently still in pilot phase, permanent. The Pentagon has described the program as one promising option to tackle its retention challenges, but few troops have signed up for the pilot program.

Service personnel chiefs detailed their individual concerns about the military’s current “up-or-out” system to the Senate Armed Services Committee earlier this year. Generally, the services described the need for a more flexible recruitment and retention system. DOPMA currently restricts that mindset, they said.

“[With] each service, they see these authorities differently,” a House committee aide said Wednesday. “They all have ideas on how they want to do it, and we need to make sure holistically, whatever changes we make are going to impact all the different services the way they need it. This is not something we can nickel and dime.”

House armed services members will also support the president’s recommendation of a 2.6 percent pay raise for troops in 2019, the largest increase in nine years.

In addition, the subcommittee is recommending another provision that would more closely monitor the transition of each service’s military treatment facilities to the Defense Health Agency.

Specifically, the measure would prohibit the secretary from closing or limiting services in any military medical treatment facility until DHA finishes the transition certification process.

The transition has been complex and often challenging, the House committee aides said, and this provision would instill more oversight over the process.

“It’s trying to send a message that it’s going to happen, but they need to stay with it, and we just need to give them the time to give them the structure to allow the transition to be successful,” a House committee aide said. 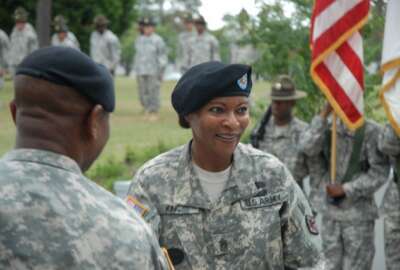 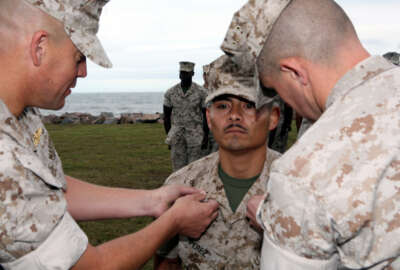 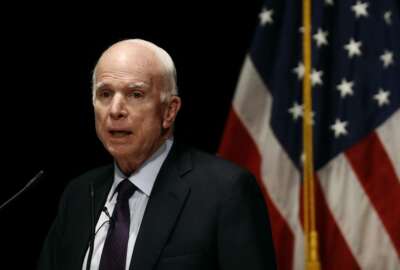