Coast Guard members are working to make the upcoming Bring Your Child to Work Day something special, even if it will be mostly online. In fact, online they can do things that would likely be out of the question in person. For the details, the Assistant Commandant for Capability, Rear Adm. John Mauger, spoke to Federal Drive with Tom Temin. You can check in on the event on Facebook on Thursday April 22, or check out all the archived videos on the Coast Guard’s website.

Tom Temin: Rear Admiral Mauger, good to have you one time.

Rear Adm. John Mauger: Tom, good morning. Thanks, it’s really a pleasure to be with you this morning.

Tom Temin: And the Coast Guard has put a special name into the Bring Your Child to Work Day to kind of make it Coastie. Tell us what that is.

Rear Adm. John Mauger: We’re hosting Bring Your Child to Work Day this Thursday, April 22. The COVID pandemic’s really been difficult for everyone. And Coast Guard families have been particularly challenged as they’ve had to navigate the complexities of virtual school work, care for family members, and also support their mom and dad’s deployments. Our families are really a true source of strength for our members. And so we wanted to take a chance to do something special for them this year. Every year, we look forward to bringing them into the workplace and getting them involved in our mission and saying thanks.

Tom Temin: In normal times, when it’s not telework, do they get to sometimes get aboard cutters and other vessels?

Rear Adm. John Mauger: Absolutely. We’re a family oriented service, and bringing our kids into work is a big part of how we celebrate our service to the nation, and then also inspire others to continue on that legacy. So in a normal year, they might be out at the stations or onboard the cutters or visiting the units and meeting people firsthand. We didn’t have that opportunity this year. But it also allowed us the chance to think more broadly about the opportunity.

Tom Temin: So how will it work then? What can the families and the kids expect?

Rear Adm. John Mauger: Well, we’re looking forward to meeting all kids online on Thursday morning on Facebook, starting at 9am. Eastern Time. Their kids will have a chance to virtually fly a helicopter, become a rescue swimmer, test a jet engine, frost a cupcake, play an instrument and much more. There’s a bunch of videos out there. Each video is about three to five minutes long. And it’s geared towards kids in kindergarten through 12th grade. The kids are going to be able to post questions after each of the videos and get answers from current Coast Guard members to their questions.

Rear Adm. John Mauger: Absolutely. It’s a real helicopter. We had over 22 units from around the Coast Guard bring the video cameras into the Coast Guard to really show families and kids all about the work that they do. So through these videos, you’ll meet real Coast Guard men and women doing the job that they do every day.

Tom Temin: And how does frosting a cupcake fit in to the Coast Guard mission? I’m sure there’s a way but it’s hard to picture.

Rear Adm. John Mauger: Sure. Well, all those folks that go out and do good things for the nation, saving people, protecting the environment, they need to get fed and they need to have supplies as well. And so our cooks do a tremendous job keeping people fed and keeping them energized and keeping them ready to work. And so we’re going to have a chance to spotlight some of those cooks through the frosted cupcake series.

Tom Temin: Yes, that’s right. Sometimes people forget that in military situations, the people are more important than the platforms. And you have to keep the people fed and having had fresh baked cookies on an aircraft carrier now you’ve got my appetite whetted for a cupcake on a Coast Guard cutter.

Rear Adm. John Mauger: That’s right, and you’ll get a chance to meet some of the cooks. There’s a particular video of a cookout on our newest cutter, Hamilton, cooking for the crew out there and talking through how many meals they have to prepare each day. I can tell you the folks that go aboard those ships really love the cooks and appreciate all they do for him.

Tom Temin: And you have a child in fact, she’s right there with you, your daughter, Ella, and maybe we can put her on for a moment.

Tom Temin: Ella, you must be pretty proud of your dad being a high ranking officer in the Coast Guard.

Ella Mauger: Yes. I’m extremely proud of my dad. I have always just looked up to him and how he just takes problems and just solves them quickly.

Tom Temin: Are you STEM oriented in school – science, technology, math, engineering – that kind of stuff?

Rear Adm. John Mauger: Yeah, I do take math class and science class. And I love both classes. I like science because we get to do experiments and we just kind of get to learn about the world. And math is really fun to figure out all the problems.

Tom Temin: Sure. So I imagine you would rather go to the video to test a jet engine maybe then ice a cupcake.

Ella Mauger: Yes, I do love cupcakes, but I think that’d be fun to do a jet engine

Tom Temin: And have you had a chance to in earlier times before the COVID and so forth, get aboard a cutter.

Ella Mauger: No, I have never gotten aboard a cutter before.

Tom Temin: But you hope to one of these days?

Tom Temin: You think you might choose the Coast Guard as a career, not to put you on the spot too much?

Ella Mauger: I really do enjoy helping people. I think I’ve learned from the Coast Guard. I’m not sure I want to do yet but I definitely wanted to do something with a language and teach or defend against hackers.

Tom Temin: Okay, well, that’s Ella Mauger, the daughter of John Mauger. And Rear Adm. Mauger, let’s go back to you. What are the expectations for numbers and enrollment on Thursday, and bandwidth, and making sure the whole thing gets up and running?

Rear Adm. John Mauger: Sure. Well, folks can come out and visit us online through Facebook. Facebook dot com and then just US Coast Guard, all one word — where they’ll find the link to Bring Your Child to Work Day. So we’re really unlimited in our capacity to support those after kids watch the videos, they can post comments to those videos, and then active duty Coast Guard members will respond to those videos. For those that can’t make it on Thursday, we’re going to have all this material archived online. So Thursday is not your only chance to get involved in seeing what it’s like to be a part of the Coast Guard.

Tom Temin: And just a related question, not directly on the idea of bringing your child to work day. But, when people are deployed far away and the Coast Guard is widely scattered. I think people forget the Coast Guard has ships all over the world, not just in the US coastal waters. But is there opportunity to connect with families online for those that might be deployed at sea in general?

Rear Adm. John Mauger: Yeah, thanks very much. We’ve had folks deployed throughout the course of the past year, and it’s been really difficult on them because of the limited contact time, they can’t get ashore in foreign ports to be able to talk to their family members like they normally would do. So we deployed a number of different resources, we gave them the capability to connect safely and securely to WiFi and foreign ports so that they could video chat with their families. And we also gave them the chance to connect while they’re at sea up through satellites in limited cases to get in touch with their families and stay in touch with what’s going on.

Tom Temin: Rear Admiral John Mauger is the Assistant Commandant for Capability at the Coast Guard. Thanks so much for joining me.

Rear Adm. John Mauger: Tom, it’s been a pleasure speaking with you. Thank you.

Tom Temin: And Ella, we hope to see you someday in a future endeavor for the country or for one of the contractors, but I have a feeling you’re going to do well. 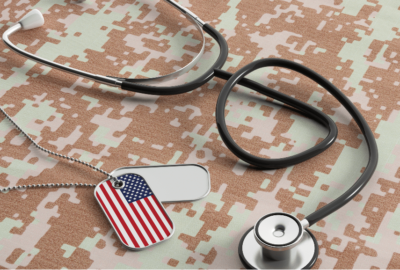 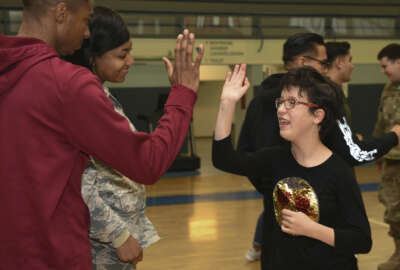