Are military domestic abuse cases next to get a prosecution overhaul?

Congress will likely pass a law this year changing how sexual assault prosecutions are handled in the military, but lawmakers are now also questioning how another serious issue is handled in the ranks: Domestic violence.

Currently, commanders at the lowest levels have the authority to determine the initial disposition for domestic abuse cases within the military. However, a recent Government Accountability Office report found that domestic abuse training is not being properly conducted, and that...

Congress will likely pass a law this year changing how sexual assault prosecutions are handled in the military, but lawmakers are now also questioning how another serious issue is handled in the ranks: Domestic violence.

Currently, commanders at the lowest levels have the authority to determine the initial disposition for domestic abuse cases within the military. However, a recent Government Accountability Office report found that domestic abuse training is not being properly conducted, and that some commanders and chaplains were sweeping cases under the rug.

“A Defense Department official told us that as of November 2020, officials were not aware of any initiatives within DoD to study risk associated with the current disposition model or the feasibility of potential alternatives. Performing such an assessment could provide the department and the military services with a better understanding of such risks and the resulting potential impact,” Brenda Farrell, director of the defense capabilities and management team at GAO said. “We recommended that DoD assess the potential risk associated with its current disposition model for domestic violence incidents and the feasibility of potential alternatives that may respond to such risk.”

GAO reported that between 2015 and 2019, DoD reported 2,100 domestic abuse cases that were classified as severe. In 43% of those cases, DoD did not take any action.

That statistic concerned House Armed Services Military Personnel Subcommittee Chairwoman Jackie Speier (D-Calif.), who asked why the military did not elevate the disposition of domestic abuse to higher echelons.

“Installation officials told GAO that in some cases commanders looked the other way because they are too focused on how the incident will affect the abuser’s career or the command’s operational need, and not the victim’s need or the need to hold the abuser accountable,” she said during a Tuesday hearing. “There’s a conflict of interest here that we’ve seen for years in the sexual assault area. If lower level commanders are conflicted and unwilling to take decisive action against service members who engage in severe physical abuse, then why shouldn’t this disposition be elevated to O-6 or higher?”

Col. Steve Lewis, family advocacy program manager for the Army, and representatives of the other services said they are reviewing the options and the 32 recommendations GAO put in its study.

The issue once again questions the effectiveness of the chain of command as a proper tool to adjudicate some crimes. Lawmakers are now overwhelmingly supporting an independent prosecutor for sex crimes after decades of issues where commanders put the career of a service member or the reputation of a unit above a victim.

DoD reported 40,000 domestic abuse incidents from 2015 to 2019, 74% of which involved violence. GAO found that DoD was not properly keeping track of abuse incidents and therefore the number may be higher.

Blue Star Families, a military advocacy group, found that 1% of active duty spouses and service members reported being kicked, punched or hurt by their significant other in the past year. In addition 2% said they experienced intimate partner violence in the last year.

“This seems small, but the rate is over twice that of the national population at 0.42%,” said Jessica Strong, co-director of applied research at Blue Star Families. “Many factors that are endemic to the military lifestyle place military spouses at greater risk of experiencing [intimate partner violence], including economic vulnerability, social isolation, mental health concerns and military culture itself.”

Other factors like post-traumatic stress disorder are linked to domestic abuse.

“Any plan to reduce domestic abuse must address the underlying factors that make families vulnerable and therefore must seek to empower military spouses financially, eliminate sexist attitudes within the military, and combat social isolation,” Strong said. 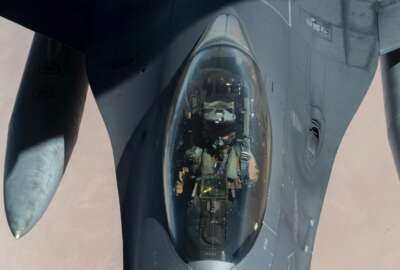