Illegal fishing is bad, not just for fish populations. It can threaten food supplies, the marine ecosystem, even geopolitical stability. That last problem is why the Pentagon’s Defense Innovation Unit has launched a prize competition for ways to use technology to detect and stop illegal fishing. For more, Federal Drive with Tom Temin turned to the DIU’s...

Illegal fishing is bad, not just for fish populations. It can threaten food supplies, the marine ecosystem, even geopolitical stability. That last problem is why the Pentagon’s Defense Innovation Unit has launched a prize competition for ways to use technology to detect and stop illegal fishing. For more, Federal Drive with Tom Temin turned to the DIU’s chief strategist for artificial intelligence and machine learning, Bryce Goodman.

Tom Temin: Mr. Goodman, good to have you on.

Bryce Goodman: Good to be here.

Tom Temin: And I guess I said that geopolitical stability, it can be affected by illegal fishing, that’s really what the DIU is saying. That’s why the Pentagon is interested in this and not just the Commerce Department, for example?

Bryce Goodman: Yeah, absolutely. Fishing provides a large amount of protein for a large amount of the global population. So infringing on fishing stocks illegally can give rise to local conflicts over scarce resources. And then of course, there’s the issue of state actors that are using their fishing fleet to expand their presence in waters, and sometimes using fleets that are nominally fishing but are not necessarily actually fishing.

Tom Temin: A little fishing and a little spying at the same time.

Tom Temin: All right. And tell us about this challenge. What are you trying to do, because a naval vessel of a nation encounters a fishing boat, and they want? How can AI and machine learning help in this whole process?

Bryce Goodman: The ocean is massive right, and covers more than two thirds of the Earth’s surface. And our ability to detect vessels on the ocean is incredibly limited at this time. It’s limited in the sense that vessels are supposed to have what’s called an AIS, an automatic identifier signal. And that’s a ping that says, this is where I am, this is where I’m going, this is who I am. And that’s all well and good when vessels turn those on. The problem is that many vessels don’t turn those on, especially when they’re involved in illicit activity. And so in that case, you have no AIS signal, and you need some other means to be able to locate and identify those vessels. You could use satellite imagery to do that. Optical imagery is great, the challenge is if you have a cloud in the way or if it’s nighttime, you’re out of luck. And also you have the issue that, as I said, the ocean is massive. So, trying to get a person to look at imagery of the entire ocean is completely infeasible. So what we’re doing is we’ve set up an artificial intelligence computer vision challenge, where participants are going to be given a data set that is comprised of synthetic-aperture radar. So this is imagery derived from a satellite that has a radar on it, and that radar is able to penetrate through cloud cover, and can operate day and night. So that obviates some of the problems around nighttime issues and clouds. Teams are going to, or individuals will have access to this data. And that data will be able to be the basis for training machine learning algorithms. And those algorithms should be able to automatically identify vessels, whether or not those vessels have their AIS on.

Tom Temin: This is not something then that you could see from the imagery with the naked eye, but there are some anomalies in the data or something that could give rise to a vessel, in other words.

Bryce Goodman: Yeah, so, synthetic-aperture radar is quite difficult for human analysts to make sense of. It is possible to do, but it’s also quite cumbersome. So what we’re doing is literally finding needles in the haystack. And what we can do eventually is to cross correlate and say, okay, there’s a bunch of vessels inside of an area that we know is off limits for fishing, and then we can send up a patrol there to go and check out what’s going on.

Tom Temin: We’re speaking with Bryce Goodman, he’s chief strategist for artificial intelligence and machine learning at the Defense Innovation Unit. Well, is this really about fishing, or it’s simply about boats of any type that are in a nation’s, I presume this is the United States, territorial waters that you just don’t know about? I mean, are you really looking for fishing boats or looking for boats of any type that shouldn’t be there?

Bryce Goodman: Yeah, that’s a great question. So, the first thing to say is that we’re not just looking at American waters. This is truly a global competition in terms of scope. And one of the great things about these prize competitions is that all of the data is made freely and openly available so that researchers around the world are able to build these capacities, and we have a prize track that incentivizes people to make their algorithms completely open source. Which means that any group, whether you’re the Ecuadorian fishing authority or the fishing authority in Japan, would be able to download and use those algorithms. So that’s something that I think is really unique about these prize competitions. And in a challenge like tracking illegal fishing, it really does require multinational cooperation, right? The high seas are international. And a lot of the nations that suffer the most like Palau, they just simply don’t have a Navy that’s going to be capable of enforcing their rights and protecting their exclusive economic zone. And you ask is this really about fishing, and I would say that it is first and foremost focused on illegal fishing, and illegal fishing has elements associated with it that go well beyond just the damage to the fish. We know that forced labor and human slavery is a huge component of the global fishing fleet. We know that there are other things like drug smuggling and human trafficking that these fleets can be engaged in. And we also know that certain militaries have used the cover of fishing fleets to make aggressive actions.

Tom Temin: Okay. And how do you keep the data sets out of North Korean hands or Chinese hands or Russian hands, such that they could figure out how to make their vessels for spying and human trafficking, etc, even less detectable?

Bryce Goodman: So that’s also a great question. And that is, of course, one of the risks when you run these challenges that you are making things open and accessible. And we’re mitigating against that risk in a few ways, but there is still at the end of the day some level inherently of you’re giving others access to data, and when you make something open, that means it’s truly open. However, our hypothesis is that in a world where the oceans are fully transparent, America and its allies win, and China and other nations that are perpetrating crimes at sea, lose. So, I’m more than happy for Chinese competitors, North Korean, well North Korean competitors can’t compete because of sanctions, but, if Chinese competitors want to build algorithms that let us track Chinese fishing fleets, by all means we’ll take them. We win when the oceans are more transparent. And I think China may benefit from that. There are elements within China, I would hope, that would care about the illegal fishing problem and where we might be able to cooperate.

Tom Temin: And what are some of the details of this program? When our submissions due? And how does it work? What kinds of prizes get awarded? Is this a first stage, second stage type of gate? How does that all work?

Bryce Goodman: So the competition is being run in partnership with the nonprofit Global Fishing Lodge. And we also have support from the U.S. Coast Guard, NOAA (National Oceanic and Atmospheric Administration), NMIO (National Maritime Intelligence-Integration Office), and we’ll be integrating with the U.S. Navy as well. The competition is going to be opened in mid August, and it’s going to run for three months. People that are interested in competing in the [competition] can look up “iuu.xview.us,” they can register and they’ll be able to download data. And then they’ll have three months from mid August to submit algorithms. Those algorithms will be automatically scored on data that we have held in reserve. Those scores will appear on a leaderboard, so you’ll be able to see where you rack and stack against everybody else. And then we’re going to make awards to various individuals or groups depending on where they come. So there’s two prize pools — there is $100,000 that’s being provided by our NGO partner, Global Fishing Watch. And that is money that anybody in the world is eligible to win. And then there’s an additional $50,000 that Defense Innovation Unit is putting out, and that’s specifically for U.S. based organizations.

Tom Temin: And so the intellectual property, then, as you said, will be put into the public domain so people can develop products around it pretty freely.

Bryce Goodman: Yes, so certainly, if you compete on the Global Fishing Watch track, and you want to be eligible for the $100,000 worth of prizes, you do need to make your algorithms open source. On the Defense Innovation Unit track, we do have a track called a closed source track which allows companies to compete. They’re much smaller cash prizes, but, it allows those companies to retain all IP rights to their algorithms.

Tom Temin: Bryce Goodman is a contractor as chief strategist for artificial intelligence and machine learning at the Defense Innovation Unit. Thanks so much for joining me. 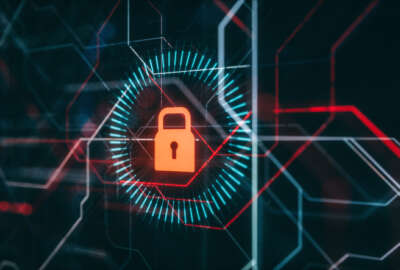 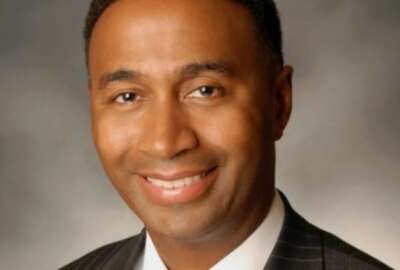 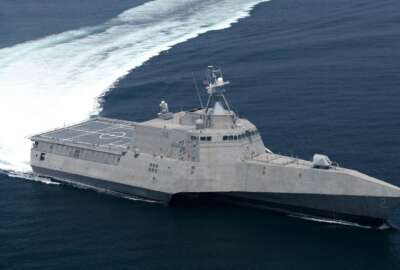