When the armed services practice air combat, they have to hire their enemies

When training air combatants, the armed services find simulators can only take you so far. Sometimes you need practice up in the sky. Over the past few years, the Pentagon has spent $8 billion on contractors to supply planes and pilots to play enemy. Now those contracts are under review. The Federal Drive with Tom Temin heard more from the director of defense capabilities and management issues at the Government Accountability Office, Cary Russell.

Tom Temin: Cary, this is an odd one. I don’t think people realize that they had to pay people to be Soviet MiGs or something. Tell us about this program.

Cary Russell: Yeah, that’s exactly right. And it’s a growing capability is the military faced some challenges in terms of fielding military aircraft and military pilots, they turned to contractors, which has created a more robust capability now that a number of surplus aircrafts would become more available worldwide, given many militaries starting to modernize. And so they’re using those integrated training programs, and they use these contractor fighters and pilots to basically play the role of adversaries. And it’s both used to train new pilots, as well as to support exercises for more experienced pilots and for mission training.

Tom Temin: Well, just out of curiosity, do the contractors fly U.S. surplus planes, or do they fly old MiGs or something?

Cary Russell: It’s a mix, I mean, usually they get surplus aircraft. It can range from any type and any manufacturer based on where’s the source of where they get them.

Tom Temin: Interesting. I guess if you need to only have speed and not maneuverability, you could use an old Learjet.

Cary Russell: Well, you know that that’s a good point, because it depends on the nature of the training and what kind of capabilities you need. You know, certainly one aspect of training is to train ground forces to call in airstrikes for close air support. You don’t need as much maneuverability and some of the advanced concepts that your capabilities that you might have or need for air-to-air fighting against a near peer adversary, for example. So the needs can vary quite a bit.

Tom Temin: But does this use of contractors — has this occurred instead of having other military airmen play the role of enemy using U.S. planes? That is to say, they don’t have enough planes and pilots to pose as the adversaries on their own?

Cary Russell: Right, yeah, it offsets some of the challenges that U.S. military faces in terms of getting airplanes to fly these missions. You know, there’s been maintenance backlogs due to shortages of maintainers, there’s also been pilot shortages, so all these things have created challenges in terms of the availability of aircrafts to perform these. Using contractors certainly can free up the readiness of other aircraft that might be used for other missions. So it’s a way to fill in that gap. But in addition, using contractors can save on the wear and tear of these aircrafts, too, which is no small thing.

Tom Temin: Sure. And by the way, this is not just an Air Force exercise, is it?

Cary Russell: That’s correct. It’s the Air Force, the Navy and the Marine Corps all use these services, as well as Special Operations Command to train its ground forces to call in airstrikes.

Tom Temin: And again, out of curiosity, the nature of the contractor base that does this — is this contractors we’re familiar with, or is it a very specialized set of companies that may not be generally known, or may not do other things for the military?

Cary Russell: Yeah, they’re pretty focused on that. I mean, they’re large companies that run a range of air services, but they’re known for their ability to provide combat air forces or adversary air for awhile, not just U.S. military, but other countries as well, too. So there’s been an industry around for a while on that. But it is, like I said, growing as the availability of these more advanced aircrafts has become greater.

Tom Temin: It sounds like kind of fun work. And what caused the GAO to look into this, then?

Cary Russell: Well the growing number, you know, we were asked through the National Defense Authorization Act to take a look at this, based on Congress’s interest with the growing numbers of them. The concerns are that whether the services are using them appropriately where they should and evaluating the values and the merits and the cost and sort of how does that fit into the integrated training strategies that the services have. And given the large increase in the number and the amounts in the dollars going into this program, it was asked that we take a look at it.

Tom Temin: We’re speaking with Cary Russell, director of defense capabilities and management issues at the Government Accountability Office. Is one of the concerns to make sure that the opposing pilot role playing is done by U.S. citizens, such that you don’t get, you know, Igor from the Soviet Air Force learning how good we are at this or that type of maneuver.

Cary Russell: Well, certainly that’s important. You know, obviously we make sure that those people that need to know that information, DoD make sure that they have clearances, and it would depend on the types of training. But yes, that’s generally what you want to avoid. You’re right.

Tom Temin: But generally, they’re looking at how well this whole thing is managed and if they’re getting their money’s worth,

Cary Russell: Right. I mean, the question is, has this become more of an integral part of training? It’s making sure that services understand and know when it’s appropriate and best use of and when maybe it’s better to use military aircraft and making sure you strike the right balance. The good news is that the services are in fact studying that now and looking at trying to build that into their long-term plans, by considering such things as affordability, the capabilities, what capabilities you really need for what kinds of training events. As we mentioned before, you may not need the advanced capabilities for certain events like to simulate an airstrike communications, for example, but you might need much more advanced capabilities when you’re talking about maneuvering this guy in a dogfight against near peer rival. You know, the question is you want to make sure that all those things are being considered, and the appropriate mix is being developed. And the good news here is that the services are working towards making sure that they build that into their planning.

Tom Temin: And how are efficient are they at using the contractors? That is to say, if the Marine Corps and the Navy are using one, and the Air Force is using one, can they somehow consolidate the contract management — and maybe the contracting — to reduce some of the overhead costs?

Cary Russell: Yeah, and in fact, they have been looking at that. There’s been more partnering over the years between the services to look at sharing knowledge about how the contracts work, and to even use each other’s contract. So it’s absolutely the case. And we’ve also seen, you know, efficiencies in the contracting process more generally, where the services have gone from what they used to use — say it was a one contract (one-year contract, one vendor), now they’re going to multi-year contracts with multiple vendors. And that has the benefit of increasing competition, it certainly increases the availability and capabilities that they can use. It also provides a more steady and committed demand signal to industry, so they can plan that as well.

Tom Temin: And as a practical matter, I’m guessing that the companies that they use themselves employ former military fliers who are used to what they’re going to be doing in the first place.

Tom Temin: So where’s this all heading? I mean, this is something relatively new, I think, correct in the history of air training for U.S. crews? Is this going to continue, or do you get the sense that the Pentagon wants to taper it down and get back to their own training at some point?

Cary Russell: Well, I think that’s a big part of what they’re looking at now. I mean, the expectation is that they’ll continue for some time to fill the gaps, certainly, that we mentioned, and develop a long term strategy for how to incorporate contractor-supported aircraft. And you know, it’s a bigger question, too, that they’re looking at with respect to training, because they’re not only evaluating contracts themselves, but they’re looking at what the needs are in certain platforms, what types of aircraft which might be more appropriate for certain training. And they’re balancing all these things, they’re considering man versus unmanned aircraft, and all this is getting evaluated at a large level. So, you know, in the meantime, they certainly do plan to continue to use contracting air support to fill the gaps, and they’re providing that service. And then they’re working through their long- term strategies now.

Tom Temin: Has there been any thought to, say, the Navy playing the foil to the Air Force, and vice versa in these types of operations?

Cary Russell: Yeah, that’s a good question. I’m not sure whether they’ve gotten to that level of discussion. But as I mentioned, there’s certainly partnerships within the services to try to maximize the use of air support services. And so there’s a lot of conversations along, certainly going on between services on how best to utilize each other.

Tom Temin: And at least in the Air Force, retention of Airmen has been a problem. And they’ve had several incentives programs to get fliers to stay in longer. I’m wondering if they could get people to stay longer. As part of their career, they could become role play enemy fliers so that the air force would have its own staff to use in these exercises.

Cary Russell: Yeah, I mean, certainly that we mentioned part of the problem — or the concern, the challenges that limit the ability to use military aircraft — is certainly pilot issues. Again, as I mentioned earlier, there’s also a shortage of maintainers that want to do maintenance on the aircraft. But it’s also a matter force structure, making sure you have the fighters available as well. So it’s kind of a bigger situation to look at. But the Air Force years ago, they had aggressor squadrons back in the 80s and 90s. But as force structure came down, they eliminated most of those squadrons. And so there’s a force structure that goes around building up that capability, too, that would have to be considered beyond just the pilots themselves.

Tom Temin: One way or another, though, it’s an expensive proposition to have that foil aircraft.

Cary Russell: It is. It’s an important part, but it is an expensive part. You know, flying an aircraft is expensive just inherently. And training and maintaining pilots is also expensive. So certainly it’s a lot of money goes into this program. 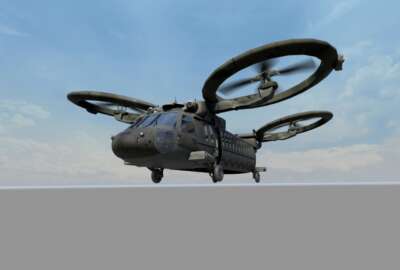 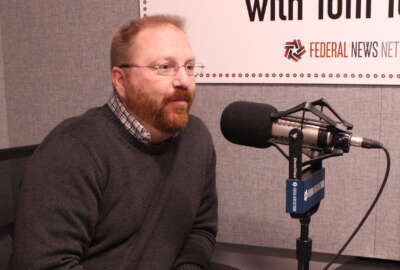 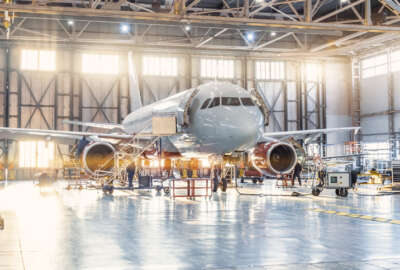