The Defense Department has been asking Congress for more flexibility in its personnel system for quite a while and this year the Senate Armed Services Committee finally delivered.

But what do these changes actually mean for the average officer? Is the up-or-out system shaken up for good or are the provisions in the 2019 defense authorization bill just minor tweaks to a nearly 40-year-old structure?

The bill makes some important changes to the Defense Officer...

The Defense Department has been asking Congress for more flexibility in its personnel system for quite a while and this year the Senate Armed Services Committee finally delivered.

But what do these changes actually mean for the average officer? Is the up-or-out system shaken up for good or are the provisions in the 2019 defense authorization bill just minor tweaks to a nearly 40-year-old structure?

The bill makes some important changes to the Defense Officer Personnel Management Act of 1980 (DOPMA), which dictates everything from officer promotions to hiring to retirement.

“DOPMA was based on the assumption that the Armed Forces would primarily be required to defeat a single adversary, namely the Soviet Union. It was drafted at a time when lawmakers could not have foreseen the variety of challenges facing today’s military,” the Senate 2019 defense authorization bill report stated. “Today, strategy, tactics, and dramatically different military demographics demand different outcomes from a personnel system than what DOPMA was designed to achieve.”

While the Senate bill creates more flexibility, the up-or-out system is still a fundamental part of the military personnel system, the report said. Blaise Misztal, director of national security at the Bipartisan Policy Center, said officers should not expect to see too much change in their careers if the bill passes.

The bill pushes more promotion decisions down to the services to create alternative paths and timelines for officers to move up in the ranks. But it is not something that will change overnight.

The military already has something akin to the Senate provision called the Career Intermission Program. The program has the ability to give more than 1,200 troops a sabbatical from the military to work on schooling, but very few actually take advantage of the program.

“Our approach to [DOPMA] was granting more flexibility to the service secretaries to shape their promotion timeline in a way that’s most effective for their service,”  a Senate Armed Services Committee staffer said on background May 25. “The committee didn’t feel that the Air Force promotion system didn’t necessarily need to resemble the Marine Corps promotion system.”

As for how often it will be used, the committee aide did not comment.

Michael Barron, the Military Officers Association of America director of government relations for currently serving and retired affairs, said the list of officers who will be eligible for deferred promotions will be targeted.

When it comes to promotion, the committee said it still embraces the tenets of up-or-out.

“The committee continues to believe that up-or-out is an important principle for a large portion of the officer corps,” the report said. “However, not every officer career field should be forced to resemble a pyramid, with a large number of junior officers ultimately feeding fewer mid-level officers and fewer still senior ranking officers.”

When it comes to direct commissioning — another part of the legislation that lets the services take in experienced people and put them in higher ranks without making them start at the bottom and work up — Barron and  Mitsztal see a chance for greater retention.

Barron said bringing someone in as an O-4 and offering him or her the blended retirement system may be more of an incentive to keep them in the military.

Barron and the committee aide said direct commissioning would be used for specialized career fields like cyber and nuclear experts.

While the Senate’s proposed changes to DOPMA address issues surrounding retention of talented troops in the military, DoD is still trying to recruit new skilled employees as well. Mitsztal said that may be where the reforms, which are more about managing and retaining talent, fall short.

“If you look at the changes to DOPMA, but I would also add in some of the provisions in the Senate-version NDAA on spousal employment … I think those are very strong steps,” he said. “I don’t think it goes far enough to start thinking about how do we recruit both from a broader  slice of America from across the talent pool of America and make a military career path attractive to the current and next generation.”

DoD is taking some steps to open its recruiting from different geographic areas and skill levels. Barron said he thinks the direct commissioning can help not only bring in people by offering them higher ranks, but it can also help keep them in with bonuses and incentives. 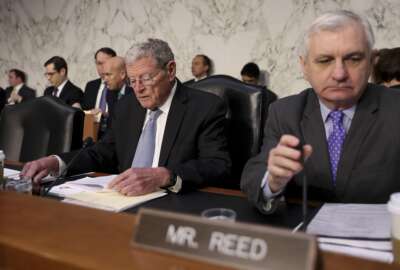