The Air Force may forge its own path on maternity leave if the Defense Department does not implement a new policy.

Air Force Secretary Deborah Lee James assured Air Force service members if DoD did not increase the military maternity leave policy to 18 weeks as part of its Force of the Future, then she would implement it for the Air Force.

The Air Force may forge its own path on maternity leave if the Defense Department does not implement a new policy.

Air Force Secretary Deborah Lee James assured Air Force service members if DoD did not increase the military maternity leave policy to 18 weeks as part of its Force of the Future, then she would implement it for the Air Force.

“This is under active, active consideration as part of Secretary of Defense [Ash] Carter’s Force of the Future, so it could happen in the near term,” Lee said during a Jan. 14 event at the Center for Strategic and International Studies in Washington. “If I’m wrong [about the Force of the Future] … I intend to do it under my authority as Secretary of the Air Force. So just hold on, I’m telling you it’s coming.”

“In the Navy and the Marine Corps, we are continually looking for ways to recruit and retain the best people,” Mabus said in a Navy statement from July. “We have incredibly talented women who want to serve, and they also want to be mothers and have the time to fulfill that important role the right way. We can do that for them. Meaningful maternity leave when it matters most is one of the best ways that we can support the women who serve our country. This flexibility is an investment in our people and our services, and a safeguard against losing skilled service members.”

DoD has been trying to address those disparities through its Force of the Future policies by giving personnel more flexibility.

In November, DoD changed one policy for new mothers. It gave new mothers a year before they would have to be deployed. The previous policy was six months.

The Force of the Future made the same accommodation for new mothers when it comes to having to take physical fitness tests.

“What we found was [six months] wasn’t really enough time and women frequently were starving themselves or doing things which weren’t healthy to try to get back into shape quicker. So, once again we just extended that, instead of six months now the rule is a year,” James said.

This change in the deployment timeframe was part of the first policies DoD rolled out under its Force of the Future.

Most of the newly announced initiatives have to do with letting employees — both in and out of uniform — transition more readily between DoD and the private sector throughout their careers.

To make it easier for talent and knowledge to move back and forth between DoD and industry, the Pentagon is creating an entrepreneur-in-residence pilot program in which three private-sector experts will be paired with a senior DoD official to tackle a particularly tough bureaucratic problem.

But most of the other politically difficult personnel questions the department has been examining as part of the Force of the Future initiative have been deferred until later, including whether DoD should create its own personnel system for civil servants or pursue overhauls to military promotion and retention. 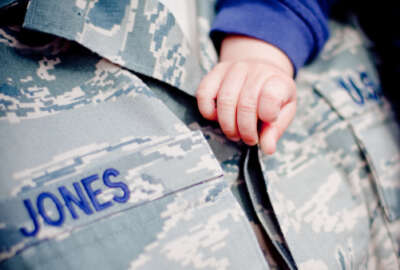