Last week as the Senate Armed Services Committee wrapped up its work on the 2017 defense authorization bill, Chairman John McCain (R-Ariz.) said he would fight on the Senate floor to increase defense funding past the caps put into place by the 2015 budget deal.

Thursday, McCain told an audience at the Brookings Institution that he’d be pushing for more than just money for portfolios when the bill goes before the full Senate.

McCain said the amendment he intends to offer on the floor will include a provision to stop cuts in the size of the Army.

“I will offer an amendment to increase defense spending above the current spending caps, reverse shortsighted cuts to modernization, restore military readiness and give our service members the support they need and deserve,” McCain said.

The 2015 budget deal caps fall about $18 billion short of what the Defense Department said it would need for 2017.

The House defense authorization and defense appropriations bills have already built in extra funds for DoD through some budgetary acrobatics, a move critics have called a “gimmick.”

McCain, on the other hand, is relying on the will of the Senate to OK an increase in authorized funding for DoD.

“I don’t know whether or not the amendment will succeed, but the Senate must have this debate and senators must choose a side,” McCain said.

McCain’s Democratic counterpart on the Armed Services Committee, Sen. Jack Reed (D-R.I.), is in favor of increased defense spending, but he would want to see an increase in domestic spending to go along with it, said a committee staffer.

McCain did not say whether he supported an increase in the domestic spending caps, but said he would like to see more funding for agencies like the FBI, CIA and Director of National Intelligence.

The Senate is expected is take up the bill next week.

Defense Secretary Ash Carter has already expressed his displeasure over how the House plans to increase the defense budget.

What would be left in OCO is $41 billion, instead of the original $59 billion requested by the President. That’s enough to cover the wars until April 2017.

At that point, if the new President wants more money, he can ask Congress for an additional wartime fund.

“It’s gambling with warfighting money at a time of war — proposing to cut off funding for ongoing operations in the middle of the fiscal year. Moreover, it would spend money taken from the war account on things that are not DoD’s highest priorities across the joint force,” Carter said during a speech this week. “And it’s another road to nowhere, with uncertain chances of ever becoming law, and a high probability of leading to more gridlock and another continuing resolution — exactly the kind of terrible distraction we’ve seen for years, that undercuts stable planning and efficient use of taxpayer dollars, dispirits troops and their families, baffles friends and emboldens foes.”

McCain withheld his judgment of the House plan. 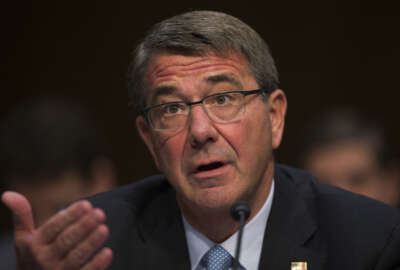