The Defense Department may be doubling down on its search for cutting edge technologies, but that doesn’t mean there are going to be big monetary investments.

As DoD is turning its focus more and more toward the Third Offset strategy, Vice Chairman of the Joint Chiefs of Staff Gen. Paul Selva says that doesn’t necessarily translate into large investments from the department.

“We are not venture capitalists, I’m not placing bets I don’t think are going to pay off,” Selva said during an Aug. 25 speech at the Center for Strategic and International Studies in Washington. “As long as we keep the [investment] number small on both the amount invested and the magnitude of failure we are likely going to continue to have willing partners.”

Selva said what is key is signaling to industry partners where DoD is going in the future. The problem is, DoD doesn’t always know where it will need to invest.

Selva said innovation is no longer coming from the Pentagon, but rather from private companies and their labs.

DoD is still wary of taking big risks, however, and that means investments for research and development wouldn’t be climbing anytime soon.

“For anyone to have an immediate expectation that because we are talking about innovation we are going to increase in large volume our research and development investment is actually promising something that is likely not to happen,” Selva said. “Structurally and fiscally there are demands on our budget that give us very little maneuvering space over the next five to 10 years. So we have to be very careful about how we maneuver inside that budget.”

Selva’s comments may come as a surprise to some considering the posturing DoD has been doing on the innovation front.

Defense Secretary Ash Carter has been touting the Third Offset Strategy since he took office. The goal of the strategy is to keep the United States military technological edge by investing in specific areas like man-machine teaming, autonomous learning systems, semi-autonomous weapons systems and assisted human operations.

Carter announced in May a major overhaul of his futuristic brainchild by adding all new leadership and opening an office in Boston.

But drilling down into the actual numbers, DoD is only investing a small fraction it’s more than $600 billion budget into Third Offset Strategy initiatives

When the budget request is whittled down to those specific categories, the third offset is only receiving about $1 billion out of DoD’s nearly $600 billion budget.

These “are going to be priority areas of focus for what I think are going to be relatively small investments over the near term … for cumulatively $12 [billion] to $15 billion of investment over the next five year,” Katherine Blakeley a research fellow at the Center for Strategic and Budgetary Assessments said.

Blakeley said the third offset is going even further past what are considered high tech investments right now.

“These are really fairly small, fairly targeted investments that are meant to provide a gestalt for how our military operations are going to work,” she said. “What does it mean if we have machines that can learn really well? … That’s a technological jump beyond the investments in high tech capabilities that the major procurement programs we’ve been talking about. We know what the Virginia-class submarines are going to look like. We have a pretty good idea of the nuclear deterrence mission.”

Those types of investments may signal the larger trend some businesses are taking of downsizing and making smaller investments to stay more agile, like HP did.

In doing that there is some opportunity for smaller companies that don’t typically look to DoD as a customer, something DIUx is trying to change. 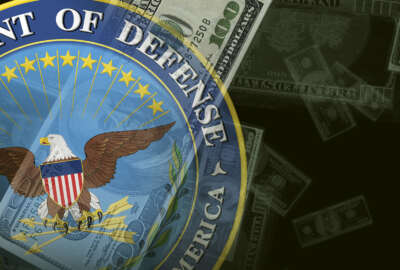 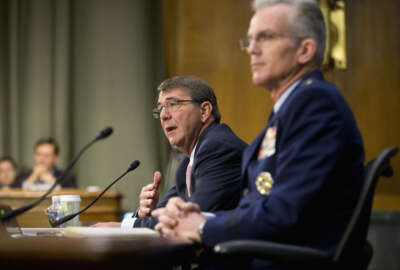