Congress and President-elect Donald Trump may be canoodling sooner than some think, especially when it comes to defense issues.

Senate Armed Services Committee Chairman John McCain (R-Ariz.) has been an open critic of the next president. But despite their differences, the committee’s top staffer said Dec. 14 that funds need to go to the “serious capacity shortfalls” in the military.

That’s one thing Trump has been advocating for since the beginning of his campaign, especially...

Congress and President-elect Donald Trump may be canoodling sooner than some think, especially when it comes to defense issues.

Senate Armed Services Committee Chairman John McCain (R-Ariz.) has been an open critic of the next president. But despite their differences, the committee’s top staffer said Dec. 14 that funds need to go to the “serious capacity shortfalls” in the military.

That’s one thing Trump has been advocating for since the beginning of his campaign, especially when it comes to adding ships to the Navy’s fleet or building the size of the military’s force structure.

“We don’t have enough capacity in terms of fleet size, in terms of fighter aircraft and that’s driving to a large extent the readiness problems that we have. We have a series of pilots standing in line to fly one airplane, people are not going to get the flying hours they need to be proficient aviators. I think that you can make an argument that we need a larger Army,” Senate Armed Services lead staffer Chris Brose said during the Center for a New American Security’s (CNAS) Future Foundry study launch in Washington.

Brose qualified his statements by explaining the need for capability development in the Defense Department as well. That includes investing in things like the Defense Innovation Unit Experimental (DIUx), a DoD headquarters that courts small, innovative tech businesses.

However, Trump’s penchant for capacity building has revved up an old debate of capability versus capacity, or in other words military strength for now or building technologies for strength in the future.

Even though Trump has promised to invest as much as $100 billion extra into the defense budget, that still does not leave enough funds to fully invest in both.

And while both sides of the debate admit both are important, it’s seeming more likely that capacity will win out with an all Republican Congress and White House.

The capacity and capability issue has fallen partly on partisan lines, with Republicans mostly calling for more ships, planes and troops.

That leaves options like an additional defense budget to build those things on the table.

“My hope is that the new administration will come to us with a supplemental request as soon as they get their feet on the ground. It was disappointing that in order to get this bill done now and to stop the end strength hemorrhaging that we were not able to have as much funding as the House had originally had,” Thornberry said Nov. 30.

Thornberry wants to pick up concessions the House bill lost in conference with the Senate. The bill had $18 billion more than the President requested.

The bill called for other aircraft procurements and a larger Navy, which increased battleships by three and Virginia Class Submarines by one.

“We have this debate with the Obama administration all the time. You can have a more capable ship, but it can still only be in one place at one time. You have to have numbers to cover geography and these days when you have such a huge array of threats.  … There is no substitute for numbers,” Thornberry said.

The final 2017 defense authorization bill didn’t add capacity in terms of procurement, but it did build on force structure.

But those within the administration are warning against building up the military too quickly.

“A raw number doesn’t necessarily tell you what an army is and what capabilities an army brings to a fight,” Army Secretary Eric Fanning said.  “It’s very important that we think in terms of a balanced program. It’s not just people. It’s people that are trained and equipped. If we are asked to keep more force structure without an increase in the  budget in some way then we have more people with less training and less equipment. That could easily, quickly become a larger Army that’s less effective than the one we are trying to build now.”

Some inside and outside of government are afraid the military might build up too quickly, creating a hollow, untrained and ill-equipped force.

DIUx and the Strategic Capabilities Office have had some success stories in quickly delivering state-of-the-art products to the warfighters.

But Michele Flournoy, former defense undersecretary for policy and CEO of CNAS, said she feared the Trump administration might throw “the baby out with the bathwater” amid its changes.

Congress looks to Trump for funds left behind in NDAA 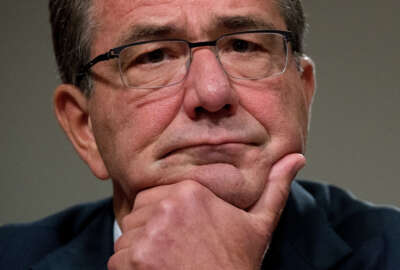 Trump team to meet with Pentagon, what that means for Carter’s legacy