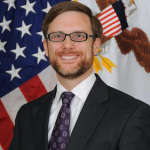 The Defense Department is adopting a new reporting system to ensure program and project cost data is more efficient for both the department and for industry partners.

Through FlexFile, DoD’s Cost Assessment and Program Evaluation (CAPE) office will no longer require defense contractors to translate their existing data into the archaic 1960-style data tables currently used by the department.

“This is really just a move to the modern data age,” said CAPE Director Jamie Morin on Federal Drive with Tom Temin.  “We are working to build translation that will take the data however it exists on their financial systems, pull it into our cost reporting system and still produce on the other end the insight we need with much more transparent decision-making about those sort of allocation issues.”

Morin said the program will also make the data more accessible, produce reports in a more timely manner and cut down on transmission and technical errors.

“It’s all part of this broader stream in our department that we’ve been executing now for the last three-or-four years as part of our cost assessment data enterprise, which is really a department-wide effort to improve our data and thereby give us a stronger foundation to do analysis so that we can make the right decisions for the taxpayer and for our military members, ” Morin said.

CAPE, under the secretary of defense, has four main objectives in the department:  prepare individual cost estimates on major acquisition programs, run the processes that will inform and result in the five-year DoD budget plan, maintain a record of the defense secretary’s program decisions and conduct long-term studies and analyses based on reported data.

Transitioning from paper forms to the new software could potentially result in more in-depth analyses with a quicker turnaround, Morin said.  FlexFile could also potentially send up red flags when information doesn’t match up between CAPE and industry partners.

“We’ve actually seen that play out in some of the pilot cases we have done with FlexFile and also in some other one-off analytic efforts we’ve done with specific contractors, where when we’ve developed a cost estimate, they’ve identified areas where the assumptions we had come to based on the legacy cost reporting that they had provided didn’t match the reality of their operations,” Morin said.

Individual contractors worked alongside the department by granting CAPE “dramatic visibility” into their financial systems to see where the hiccups may have occurred. Some of the big changes to cost estimates were a result of this transparency, Morin said.

The government often has to announce changes to programs due to budget constraints or uncertainty and Morin said the new system could help to mitigate flaws in the system.

“Getting cost estimates right at the beginning of a program and then having the fiscal discipline to reserve the funds you need to carry it out is a win-win for the government and the industry,” Morin said. “It gives both sides the stability that lets us actually field the capability that we need.”

The new data software initiative is a shadow of efforts once made by former Defense Secretary Robert S. McNamara, who encouraged the department to focus more on data and less on anecdote, Morin said.

“That’s the essence of getting to more efficient and effective use of taxpayer resources and it has an enormously high potential for the Department of Defense,” Morin said.

CAPE is currently working on new pilot programs with industry players and will be updating the DoD standards for effective cost and software data reporting in reflection.