When U.S. Transportation Command transitioned a nearly $1 billion contract to move service members’ vehicles around the world to a new company a year and a half ago, seemingly everything that could have gone wrong actually went wrong. Hundreds of personally owned vehicles were temporarily lost, others were damaged, destroyed or improperly stored. Now it appears TRANSCOM also made up to $162 million in improper payments to its new vendor.

The estimate comes from a newly-released DoD inspector general report in which auditors say TRANSCOM and its subordinate Army Surface Deployment and Distribution Command maintained an ongoing stream of payments to the vendor, International Auto Logistics, even though many of the firm’s invoices lacked basic, required information like invoice numbers, payment terms and total dollar amounts.

Also, at least $5 million of the payments were for 27,000 cars that were delivered late and for which TRANSCOM should have pursued penalties against the contractor, but generally didn’t.

Most of the problems that caused the delays have been fixed by now, but the initial troubles started almost immediately when IAL took over the contract on May 1, 2014, just in time for the peak of the military’s summer moving season. Service members quickly started complaining that their cars hadn’t shown up, were sent to the wrong location, the tracking information on the company’s website was wrong or that they couldn’t contact anyone at IAL.

According to the IG, the problem was at its worst in October 2014, when 5,800 cars were delivered later than the deadlines set by the contract. But the percentage of on-time deliveries never rose above 70 percent during the 2014 summer season (the contract required a 98 percent on-time delivery rate).

By August 2015, the on-time rate had risen to 97 percent after DoD stood up a “fusion team” to fix issues and field complaint calls from service members.

For instance, the CORs did not have access to the IT system TRANSCOM uses to process invoices, so they couldn’t ensure the amounts the agency was paying the vendor were in line with the local work they’d overseen. The contracting officer also told the CORs not to issue reports on late deliveries or discrepancies in contract performance.

In one case, a COR had sent the contracting officer numerous photos and emails from a vehicle storage warehouse in Chester, Virginia, concerned about leaking roofs and damaged cars. But the problem wasn’t fixed until 10 months later, when the IG paid its own visit to the facility.

“The contract required vehicles be covered, locked, and stored in accordance with standard commercial practices … numerous leaks were present throughout the facility, which allowed water to drip onto numerous vehicles,” the IG wrote. “In addition, vehicles were unlocked, dirt and debris accumulated on uncovered vehicles and vehicles were parked in standing water.”

In a written response to the report, Lt. Gen. Stephen Lyons, TRANSCOM’s deputy commander, disputed that the CORs’ inability to access the command’s financial systems or the directives to not issue deficiency reports had any impact on the agency’s overall oversight of the contract, though he acknowledged that the vehicle moving program’s performance in 2014 was “unacceptable.”

“The contractor has, and will continue to be held accountable for performance failures,” Lyons wrote, including through negotiations in which the contracting officer and the company review every late delivery to recoup previous improper payments. The formal process the contract lays out for missed deliveries is “contentious and fact driven for every single POV. To avoid litigation, USTRANSCOM elected to pursue a negotiated process in order to avoid the dispute.”

IAL has not been able to avoid litigation by individual service members. In an ongoing class action lawsuit in U.S. District Court in Georgia, the plaintiff’s attorneys have said in court documents that they expect more than 1,000 people to join in claims for late, damaged or “total loss” vehicles.

IAL filed motions to dismiss the case, arguing in part that since its contract is with the government and with not individual vehicle owners, the service members have no standing to sue the company. But a federal judge dismissed most of those arguments and allowed the case to move forward so far.

TRANSCOM’s decision to take the vehicle moving program away from the incumbent who’d run it since 1998 was almost entirely about saving money. The command first awarded the contract in 2013 during the height of sequestration. If nothing else, it has saved the government even more than expected so far: $50 million in the first year, according to Lyons.

The contract was initially delayed by a bid protest from incumbent American Auto Logistics, which argued to the Government Accountability Office that TRANSCOM was going back on its promise in the initial solicitation to pay special attention to past performance. AAL had relatively few problems during the 16 years it was running the program; the upstart IAL was relying mostly on the track record of a proposed European subcontractor in order to show it could handle the work.

But IAL’s total estimated costs were lower: $919 million over five years compared to AAL’s $958 million, so TRANSCOM opted for the lower bid.

In dismissing the protest, GAO’s general counsel wrote: “We find unobjectionable the agency’s conclusion that, although the protester had a superior record of performance, that superiority was not worth a price premium of $38 million.”

TRANSCOM is apparently satisfied with how the vehicle moving program is operating today. In October, the command exercised the first of four options to extend its contract with IAL for $100 million. The current modification runs through September 2016. 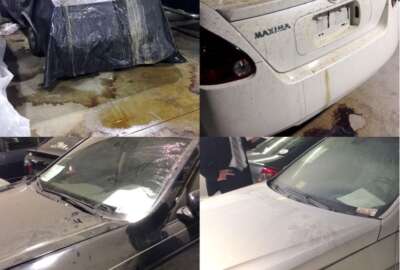 U.S. Transcom may have gotten what it paid for