As we’ve reported before, the Army is playing catch-up after letting its electronic warfare capabilities atrophy during a decade in which it was largely preoccupied with counterinsurgency warfare and while potential adversaries — notably Russia — have made significant advances in their ability to attack the communications and computer systems that are vital to modern warfare.

As one way to deal with that, the Army is currently experimenting with a concept it calls cyber support...

As we’ve reported before, the Army is playing catch-up after letting its electronic warfare capabilities atrophy during a decade in which it was largely preoccupied with counterinsurgency warfare and while potential adversaries — notably Russia — have made significant advances in their ability to attack the communications and computer systems that are vital to modern warfare.

As one way to deal with that, the Army is currently experimenting with a concept it calls cyber support to corps and below (CSCB) — the notion that individual tactical units need to deploy with their own offensive and defensive cyber and electronic warfare capabilities and be prepared for an enemy that can and will use electronic attacks on the battlefield.

As a pilot project, the Army inserted some of its cyber experts into a Stryker battalion during one of its rotations through the National Training Center at Fort Irwin, California, earlier this year, and there were several interesting takeaways, not all which we can detail in this space. But one worth mentioning is that officials are worried about their units’ ability to adequately train for enemy jamming of their signals — a circumstance which they assume will occur in any future conflict against a sophisticated enemy — because it’s not an easy scenario to replicate in most training environments.

“You can talk about replicating this contested electronic environment at the combat training centers, but what we really have to look at is home station training,” said Maj. Gen. Patricia Frost, the director of the Army headquarters’ newly established cyber directorate. “What kinds of tools can we give to the installations so that more units can start to test themselves against these scenarios?”

In other words, it’s one thing to blast out electronic jamming signals in the middle of the California desert in order to test a brigade’s ability to keep operating when, for example, its satellite links are blocked. If the Army used the same technology around the more densely-populated bases where most of its troops are stationed and do most of their routine training, folks like cellphone companies, broadcast stations and the Federal Communications Commission might raise more than a few objections.

Frost said the Army is planning another pilot with the National Guard in Colorado Springs in February to test equipment that might let units train against jammed signals without simultaneously jamming civilian communications infrastructure.

“Then, the Army would know what we might be able to purchase to train our units in the future,” she said. “This is a huge challenge I’m putting out to industry: How do we get highly-directed jamming capabilities? You can’t just jam the whole electromagnetic spectrum because you’re going to have a lot of angry civilians, but we need to give our soldiers the right environment to simulate a communications environment that’s degraded or denied.”

Col. Steven Oatman, the cyberelectromagnetic (CEMA) activities chief at Army Forces Command, said much the same thing, adding that as the Army ramps up its exercises to practice maneuvers under “degraded” communications, units can’t be expected to endure six-month spectrum clearance processes in order to integrate electronic warfare into their training.

“One way to get after that is to allow our units to train against specific aspects of [enemy jamming], whether that’s precision navigation and timing, counter-communications, to then execute some kind of degraded fight, because we expect we’re going to have to fight in that environment at some point on the battlefield,” Oatman said. “We also need to work through how we reconstitute our networks and seize the initiative once the ability to reconnect emerges and regain full situational awareness. That’s probably the reality we’re going to face on the battlefield: the adversary’s not ten feet tall, he’s not going to be able to shut me down across the board.”

Col. Jerry Turner, the commander of the 2nd Stryker brigade combat team the Army used for the February CSCB pilot at Fort Irwin, said the exercise made clear that future BCT commanders are going to need to become much more intimately familiar with their own communications infrastructure and be able to prioritize which ones the Army’s forward-deployed CEMA “cells” need to be most focused on protecting.

Another takeaway, according to Turner: The Army now has significant offensive cyber and EW capabilities after having spent the last six years building (or rebuilding) them, but hasn’t yet settled on who has the authority to deploy them.

“I think everything we’ve seen shows us that our adversaries have an advantage just because of their speed of decision-making,” Turner said. “This is a capability we need at the tactical level, and my worry is that the Army is not going to give it to us because of its hierarchical nature. We need to be agile and adaptive on the battlefield, but work through that in a way that protects the Army as an institution from doing something too extreme.” 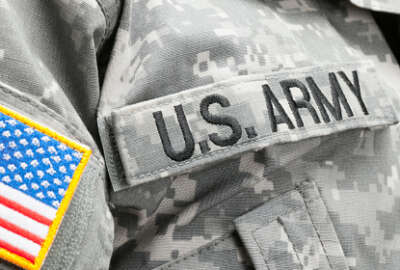 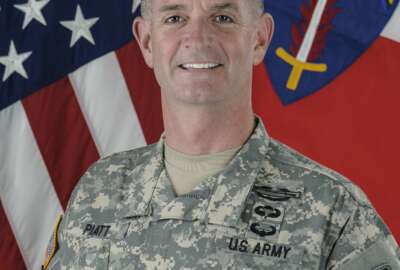