And GSA said agencies are beginning to place a greater emphasis on captivating design, architecture and sustainability as they plan, construct and renovate new federal buildings.

“What we’ve seen over the past 20 years is that federal buildings really should reflect the importance of the work that goes on in these structures,” Norman Dong, public buildings commissioner at GSA, told Federal News Radio. “You think about the FBI mission, you think about Coast Guard, Customs and Border Protection, the courts, federal government plays an important role in our society and our federal buildings should reflect that.”

GSA honors the best contributions to architecture and design every two years. This year’s Sept. 8 ceremony in Washington recognized 18 federal projects and their designers, architects, landscapers and engineers.

The agency handed out a total of 21 different awards, 17 for building projects and four for federal art and installation projects. The U.S. Coast Guard Headquarters won two different GSA awards for both planning and landscaping. The U.S. Courthouse Annex in Salt Lake City, Utah, also picked up two separate awards for interior architecture and for art.

For the first time, the agency also added a new category. The 10 Year Award recognizes federal buildings that were completed between 1995 and 2005, which have made noticeable contributions to their surrounding communities and the workforce that occupies them.

“For us at GSA when we talk about the quality of design, it’s not just about the aesthetics or the level of finishes,” Dong said in a speech at the 2016 Design Awards. “It’s about having form follow function and giving thought to the functionality of the spaces we’re designing and engaging those who will work in the building and those who will operate and maintain the building as active participants in the design process.”

U.S. Supreme Court Justice Stephen Breyer has been a longtime advocate of federal buildings and architecture. He often works from the John Joseph Moakley U.S Courthouse in Boston, which won one of GSA’s 10 Year Awards.

“The objective then, and I don’t see why it wouldn’t be now, is to remind people that when they use the building and look at the building, that who does this building belong to?” Breyer said during a speech at the awards ceremony. “It belongs to the public. It’s their building. Government is not something separate from the people.” 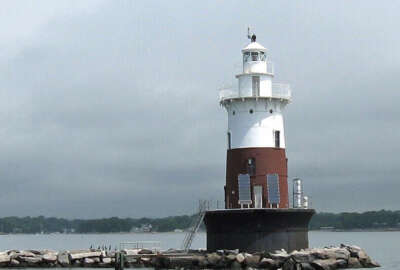 13 unusual things GSA is auctioning off 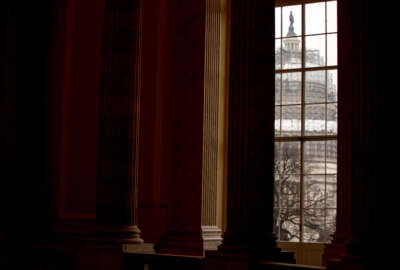