The General Services Administration is moving forward with its search for a new Labor Department headquarters in Washington.

The move is part of a broader effort by GSA this year to find homes for government agencies.

“These studies … will be used to inform the Government’s options and ultimate decision in its search for a new headquarters location,” a Dec. 15 press release from GSA stated.

The sites under review include a spot in the NOMA neighborhood at the intersection of North Capitol Street and New York Avenue Northeast, a location in Capitol Waterfront at the intersection of M Street and South Capitol Street Southwest  and an area in Anacostia bordered by Interstate 295, Howard Road and Suitland Parkway in Southeast Washington.

“The current DoL headquarters is more than 40 years old and is in need of costly infrastructure upgrades, to include modern heating, electrical, plumbing and elevator systems. Through the exchange option, the Government envisions an opportunity to create an up-to-date, modern work environment, reduce taxpayer costs for building operations, and promote economic redevelopment at the current site, at 200 Constitution Avenue Northwest, and at any new location,” the press release stated.

GSA announced the three possible sites at the end of November. Labor is in need of an area about 12 acres in size and can accommodate a building with about 850,000 to 1.4 million rentable square feet.

As Labor is moving ahead with its new headquarters, the FBI got the go-ahead from Congress in authorized funds for its new home.

The House Transportation and Infrastructure Committee authorized $834 million in federal funds for GSA’s proposal to consolidate the FBI’s office space from more than a dozen different buildings into a single campus. The FBI’s unified campus would cut the agency’s real estate footprint from 3 million feet to 2.1 million feet.

GSA originally planned to announce the site of the new FBI headquarters this December, but pushed the decision back to March 2017. In 2014, GSA and the FBI narrowed its choices down to three finalists: the Greenbelt Maryland Metro Station; Landover, Maryland; and Springfield, Virginia.

“This will greatly improve the FBI’s security posture and its operations, and save money. But because of the size and complexity of the project, it will be important to ensure there is strong congressional oversight to keep the project on time and on budget,” committee chairman Rep. Bill Shuster (R-Pa.) said. 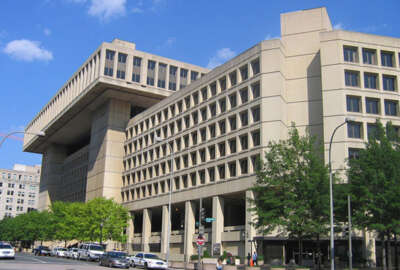