In 2020, USDA’s One Neighborhood initiative will show what the future looks like

When the Agriculture Department launched its One Neighborhood initiative just over a year ago, the broad goal focused on two “Cs”: Collaboration and cost savings.

Now a year later, the initial success of One Neighborhood convinced Congress to increase the agency’s discretionary funding for renovating and fixing its buildings to $128 million, which is twice as much...

When the Agriculture Department launched its One Neighborhood initiative just over a year ago, the broad goal focused on two “Cs”: Collaboration and cost savings.

Now a year later, the initial success of One Neighborhood convinced Congress to increase the agency’s discretionary funding for renovating and fixing its buildings to $128 million, which is twice as much as the agency received in 2019.

Don Bice, who recently left after 32 years in government, including the last two-plus years as USDA’s acting deputy assistant secretary for administration, said the impact of the One Neighborhood initiative convinced Congress to open up its wallet a little wider.

“What we are doing is getting rid of four leases in the National Capital Region and saving somewhere between $30 million and $40 million annually by moving people into our existing vacant space in both our headquarters complex in Washington, D.C., and in our George Washington Carver Center in Beltsville, Maryland. We are filling in our empty seats to save money and invest that into modernizing our buildings,” Bice said in an interview before he left government. “We also are using authorities that our appropriators gave us that allows us to use unobligated and expired balances that have already been appropriated and putting those into a non-recurring expense fund that we can then use to modernize our buildings.”

Bice, who joined Morgan Franklin, a consulting firm, where he will focus on good government and customer service issues in April, said the estimates to update USDA’s headquarters building was $800 million. He said that was a lot to ask Congress for at any one time.

Instead, the One Neighborhood approach is taking a piecemeal approach to modernization from both a facility perspective and moving organizations closer together.

Officials like to use the example of the Foreign Agricultural Service, whose employees work in offices on six different floors of the USDA South Building., of why this One Neighborhood effort is critical to improve the agency’s effectiveness.

“It can be a 10 or 15 minute walk to go from one part of an organization to another. That isn’t conducive to good collaboration when you have to do things like that to interact with your fellow employees,” Bice said. “We are moving people into neighborhoods. So all the FAS employees will be in one neighborhood so it will be easier for them to collaborate, easier for them to manage and interact with each other. And ultimately, we will be more efficient because rather than having to go floor-to-floor, it might be across the hall or two or three doors down. That will have a lasting impact on how we do business at the department.”

He said he knows there are some disbelievers as USDA has been talking about renovations for 20 years but made few real changes.

“I think what we will end up doing is putting people in a position of being closer to their fellow employees in their fellow agency, closer to sister agencies that they do business with more often so it’s a lot easier to interact and collaborate,” he said.

Bice said the initial renovation contract will focus on a wing of the South Building. And then as more money becomes available whether through Congress or through savings from reducing lease space, USDA will continue to refurbish other parts of headquarters.

USDA will award a contract in the near future for the first part of the headquarters renovation and then future projects will take about a year as long as there is funding. Bice said in about two years all of the George Washington Carver Center will be completed.

“The most important thing is for people to see that we are going to be doing these things so they know it is coming,” he said. “There are some short term uncomfortableness of trying to fit people into the building before we can give them the nicer space we need to give them. I want to make sure we are well on our way so people can see the space, visit the space and they know what they will be getting.”

Part of what is driving the reorganization and modernization is a 2019 survey of employees about what they would like the new building to look like. Bice said because the headquarters facility is nearly 100 years old, traditional amenities like break rooms or places for microwaves or coffee makers don’t exist.

He said another example of the inadequacy of the current building is around the conference rooms. Many are designed to hold 20-to-30 people, but employees are looking something more akin to a three-to-five-person room.

“When we get this first wing done, they will see what it can look like with a modernized space and they will see the benefits and beauty of huddle spaces and other areas they can collaborate in,” Bice said. “We will lift up the technology in those conference rooms. Right now it’s a system of haves and have-nots when it comes to the kinds of technology that we might have in different conference rooms because they are managed by all sorts of different organizations inside the department. We are going to make sure that our chief information officer’s office manages all our technology in all of our conference rooms and our office of operations does all of the ordering, cleaning and that sort of thing in all of our conference rooms. We will lift all of the conference rooms to technology that is interoperable and that can be utilized across the country.”

Bice said the One Neighborhood effort is part of a larger initiative to challenge employees and executives to think differently for what the future of USDA would look like.

“I think it’s a culture change that started in the previous administration and continued in this one, and will continue in whatever the next administration whether the change comes in a year or four years — you can’t go backwards in how you deliver administrative services. I think we made a lot of great strides in how we deliver services that only will be improved the longer that those things are in place,” he said. “We stopped looking at things based on the individual agencies we manage. We came in, and what I pitched and the secretary and other policy folks went along with, was an idea that we needed to look differently at how we delivered our administrative services.”

“We are keeping the connection between the mission delivery and the administrative services so they feel like there is a responsiveness and responsive party they can reach out to, to get things done,” he said. 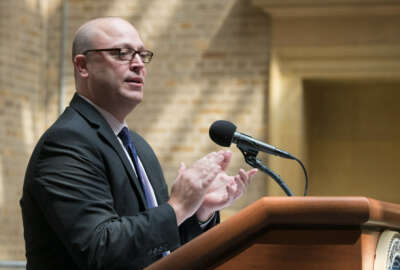 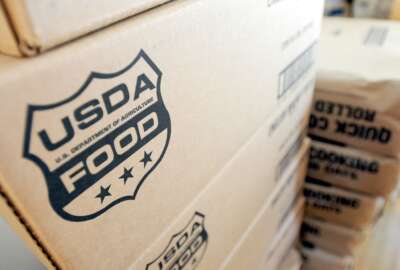