President Biden has said he wants publicly funded infrastructure projects to be built with unionized labor. And unions are ready for the task. For one view of the prospects for what most people understand by the word infrastructure, Federal Drive with Tom Temin turned to the secretary-treasurer of the Transportation Trades Department at the AFL CIO, Greg Regan.

Tom Temin: Mr. Regan, good to have you on.

Greg Regan: Thank you. Thank you for having me.

Tom Temin: And looking at the proposals for infrastructure, what do you count as the dollars that are actually for infrastructure as it’s understood by the Transportation Trades Department? I’m thinking roads, bridges and what else?

Tom Temin: And we hear this often that our infrastructure is old and crumbling. But what’s the quantitative aspect of that? Because there’s lots of new bridges and there’s lots of new facilities here and there. So how do you really get an idea of where this is all needed?

Greg Regan: When you look at the lost income that people have every day, delays caused by traffic congestion alone costs $160 billion a year. American families are forced to pay over $1,000 every year in wasted time and fuel. Our cities are growing and we are seeing more inefficient public transit systems. Our rail infrastructure on time, performance is not nearly where it needs to be. And all of this can be solved, frankly, with more investment. We’re not talking about frivolous spending, and more just bells and whistles. We’re talking about really modernizing our communities and making sure that people have more access to jobs, more opportunities, and frankly, all these create jobs. Every billion dollars in infrastructure creates 21,000 jobs across every single sector of the economy.

Tom Temin: And does that include pipelines as well?

Tom Temin: Alright. And let me ask you a devil’s advocate question. President has said these should be union jobs, should they be necessarily if a particular public entity can get a lower price for the taxpayer with a non union shop?

Greg Regan: I think that when you look at union jobs, union workers earn higher wages, they’re more likely to have retirement plans, greater access to paid sick days, they contribute more to health care plans. This isn’t money that is just being frivoled away. It is it is money that goes into our economy and reinvested into the communities in which these people earn. I actually think that if there is a higher cost on the front end, it actually has a greater benefit to the overall economy, when we’re creating good jobs and not just trying to scrape along and look at our immediate bottom line. I think it’s a long term investment that is better for the overall communities.

Tom Temin: My understanding is at one time the unions, or tell me if they still do, offer a lot of the training and job and human development needed for this type of work and construction, because it’s not unskilled labor at all, is it?

Greg Regan: That’s correct. A lot of the unions are providing, especially in the building and construction trades, they have massive training facilities. And when people use union labor, they’re getting the best workers on this. I’ve spoken to some Republican members of Congress who were contractors before they came to Congress, and they support Davis-Bacon and project labor agreements, because in their experience as businessman outside of the political spectrum, as businessman they found that their projects were completed on time with better work when they use union labor.

Tom Temin: We’re speaking with Greg Regan. He’s secretary treasurer of the Transportation Trades Department of the AFL CIO. And just for our count how many unions, individual unions, are involved in transportation trades?

Greg Regan: We have 33 affiliated unions across all modes – so whether it be ports, transit, rail, highway bridge construction, aviation – if it moves, we represent the people who build operate and maintain it.

Tom Temin: That would include people like the machinists too, right, don’t they tend to be the ones in the aviation trade?

Greg Regan: Yes, they are a big and important affiliate of ours.

Tom Temin: And of the 33, do you have a rough estimate of how many members that represents, how many individuals that would like to get good work?

Greg Regan: It’s several million individuals. It changes, obviously, with the economy. But if you count the overall, the AFL-CIO counts 14-15 million people, we are right up there probably 3 or 4 million.

Tom Temin: And out of curiosity, the level of industrial sector as opposed to public sector, unionizing has been a little bit flat, the growth seems to be in the public sector. Do you see the possibility of real spending like this $800 billion over how many years on infrastructure as possibly revitalizing the union movement itself?

Greg Regan: Absolutely. And if you look at the sectors that I represent, we have the highest union density in the private sector of any other industry. Aviation is 85-90% unionized. Rail is wall to wall union. Public transit is unionized, although that does more on the public side, as you mentioned. But if you look at aviation, for instance, before the pandemic hit, they were having massive profits, they were doing as well as they’ve ever done in the history of commercial aviation. And the people that worked there, the pilots, the flight attendants, the maintenance workers, the ground crew workers, those are good middle class jobs. So we’ve shown that in the private sector, you can have successful businesses and have strong unions and strong union contracts where people are getting a share of that profit for themselves. So unions are not job killers. In fact, we’ve shown in the transportation sector that you can have that partnership, you can have strong business, strong competitiveness, and have strong unions.

Tom Temin: And in some ways, the views of those that are promoting all of this green economy and opposing new pipelines, for example, for the transport of fossil fuels, may differ in their interests from what the trade unions see. How do you reconcile that question?

Greg Regan: I think the debate over green infrastructure has unfortunately been simplified into whether it’s a, quote unquote, Green New Deal or no. People view it as black and white. And I just don’t think that’s true. If you look at what we’re talking about in terms of investment in public transit, in passenger rail, frankly, improving our highways and bridges, all of that will green our infrastructure overall. If we are going to move towards more electrification, electric vehicles, things like that, we need to build the infrastructure to sustain it. And that is going to be a lot of construction. And in the meantime, we are still going to have to fuel an entire economy on the resources we have right now. So we need to have resiliency that will allow us to be competitive in the short term as we modernize moving forward.

Tom Temin: And I guess if that $800 billion does become law, there’s probably not much in there for us that are in SAG-AFTRA, is there?

Greg Regan: Well, I think, frankly, on the relief plan that passed, that is where you’re going to see a lot more of the support for other businesses. But the human infrastructure aspect of the American Jobs Plan, the second proposal that Biden released, that we’ll do more towards community building and hopefully will help your brothers and sisters of SAG-AFTRA.

Tom Temin: And I could be the voice on a new subway system, I suppose, doors opening.

Greg Regan: There you go.

Tom Temin: Alright. Greg Regan is president of the Transportation Trades Department at the AFL-CIO. Thanks so much for joining me. 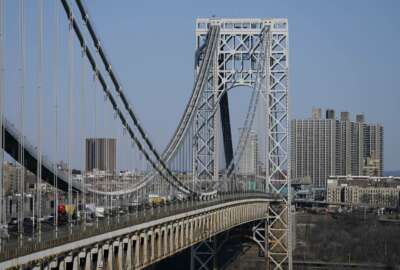 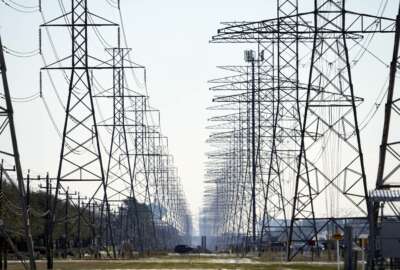 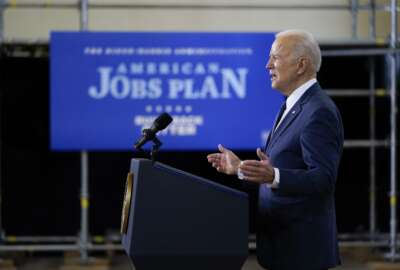 What does the White House’s infrastructure plan mean for federal agencies?