The infrastructure spending bill enacted earlier this year includes $7.5 billion to install chargers for electric cars. In response, the energy and transportation departments set up a joint office. For what the office will do and how it will do it, the Federal Drive with Tom Temin  turns to its newly-appointed director, Gabe Klein.

The infrastructure spending bill enacted earlier this year includes $7.5 billion to install chargers for electric cars. In response, the energy and transportation departments set up a joint office. For what the office will do and how it will do it, the Federal Drive with Tom Temin  turns to its newly-appointed director, Gabe Klein.

Tom Temin: All right, what is this office designed to do? Distribute the $7.5 billion to localities or figure out where the charging stations should go yourself?

Gabe Klein: The Joint Office of Energy and Transportation is really a collaboration of the U.S. Department of Energy and the U.S. DOT as you cited. And also, it’s quite a bit of interaction with the White House. It was created through the bipartisan infrastructure law, you know, I would say that we have a hand in creating quite a bit of the policy, providing technical assistance and supporting all the different agencies. And that actually includes the EPA with their school bus program, which is $5 billion dollars and the $5.6 billion that the FTA has for no – low transit. So, you know, this is the beginning, I think it’s going to grow and evolve. But our mission fundamentally is to accelerate affordable, convenient, equitable, reliable, and safe electrified transportation, and also to create great jobs in the communities where the stations go.

Tom Temin: And the stations then you’re aiming at with this particular spending channel is for public transportation, like electric buses, and that kind of thing?

Gabe Klein: I mean, it’s all of the above, when you are building basically a new economy. And let’s be honest, we have been operating on a fossil fuel based economy for the last 100-plus years. And now we’re talking about, you know, reinventing the economy around renewable energy, around solar, and wind. That means the one most visible ways that people are going to see that tangibly in their lives is through transportation. Now that transportation could be goods and services coming to their homes, whether it’s long haul transportation on the highways, whether it’s last mile to their homes from Amazon, or Walmart or a local store. But it also means electrifying their lives and the ability for them to charge at their home, and then charge on the highway, and then charge on a city block or in a city garage. So it’s really all of the above, it’s very multimodal, and we want to create a great economy, want to create clean air and create opportunities for people to be upwardly mobile, which means providing them actual mobility, not just electrification.

Tom Temin: Well, just a quick practical question that I have if someone drives somewhere and there’s a charging station for their electric car, who pays for the electricity in that? The taxpayers? Or if you put a credit card in the thing?

Gabe Klein: Well, this is a great question. I mean, I think what people need to realize is that the private sector is going to build all of this. And so this $5 billion initially for the national electric vehicle infrastructure program is a formula program. So that money goes straight to the states and every 50 miles and not more than one mile from from designated electric vehicle charging corridors, you have to have four ports of 150 kilowatts, which is DC, fast charging. Which is what you want, for that use case on the highway. And so the private sector and the public sector will come together at the state level, at the city level, in some cases and figure out how they want to charge for it, it needs to be interoperable, we need to have certain data standards. So you know, a lot of what the joint office is doing working with Federal Highways over at DOT with offices in the U.S. Department of Energy is working on the rulemaking and what those basic standards are around information gathering, data sharing, interoperability, having a open but unified payment system so that people can consistently know how they’re going to pay and what they’re going to pay as they travel. And so you know, we’re providing guidance and standards. And then the states actually have to actually implement and much of this will be done in partnership with the with the private sector.

Tom Temin: And by the way, when it comes to electric cars, does the same plug go into you know, one brand that also fits the other brand? Have they agreed on that industry?

Gabe Klein: Great question. I mean, there are a couple of different plugs. Some people have the CCS plug, there’s the Chatham O plug in, some of them are more prevalent in one country or another. And then there’s, of course, Tesla’s proprietary plug. And so we want to have interoperability so that when somebody approaches a charger, they have the ability to plug their vehicle in, whether it’s a truck, a car or something else. In a city, it might be a bike or scooter, but we want to make sure that everybody’s got access to those chargers, regardless of the country of origin that their vehicle’s from.

Tom Temin: So you might have to have an adapter, if you’re driving around.

Gabe Klein: All that is being sort of figured out as we speak, and we’re getting a lot of input. We’ve gotten hundreds of comments. And there’s a proposed rulemaking actually that we’re working on right now with our friends at Federal hHghways, and answering those questions.

Tom Temin: We’re speaking with Gabe Klein. He’s director of the Joint Office of Energy and Transportation, and just give us a sense of how many people are tasked to the office. And are they full time there? Are they coming from other agencies? How does this all work? And what’s your schedule for getting this work done?

Gabe Klein: We already have a strong staff in place. And it’s comprised of new federal hires. We’ve got experts from U.S. DOT, U.S. DOE, from our lab partners like NREL, Idaho National Labs and Volpe Institute. So we’re going to continue to add staff, some of them will be federal employees, some of them will be consultants and contractors, but we want the best and the brightest. And people can go to driveelectric.gov, and see new postings on a regular basis in terms of our schedule. So NEVI is a five year program, the joint office has been providing technical assistance to the states since its launch earlier this year. And in that time, we’ve actually helped all 50 states plus DC where I’m sitting, and Puerto Rico to develop their state EV deployment plans. All of these were approved, actually, by September 27. And what that did was unlock the FY ’22. And now FY ’23 dollars. So in some ways, the states now are going to have two years of funding to start spending next year. It’s very, very exciting. And I’ve been looking at the plans and a lot of them have very aggressive timelines and plans to start rolling out stations even by the end of next year.

Tom Temin: And you’re something of a unusual cat, you seem to know your way around Washington pretty good. But you just arrived to DC from a city-level job. Tell us about yourself?

Gabe Klein: Yeah, so I’m actually more of a private sector person in terms of my career. I’ve got about 27 years, I guess, experience. And I did have two government jobs. I ran the Washington, DC Department Transportation, which from the standpoint of the federal government is a state but obviously also a city. So I dealt directly with Federal Highways and, and U.S. DOT. And then I ran the Chicago Department of Transportation, which the city but a very, very large city, very, very complex. Those were both great jobs and great preparation for something like this. I did serve on the Biden – Harris transition team, the agency review team for transportation, and got to help formulate some of the policy that went into not this office in particular, but electrification. And so it’s, it’s really an honor to do this. It’s such an important mission. I’m somebody that really came from a transportation background, but care about climate, and sustainability and climate equity a lot. And so this gives me the opportunity to serve the public in that charge.

Tom Temin: And let me just ask you this, from what I’ve been able to see so far. These electric cars, because they’re expensive, are sort of virtue baubles for rich suburbanites. Do you think that’s going to change anytime soon, so that people can afford them, and they won’t have to jack up the price to meet the fact that there’s a big tax subsidy for them?

Gabe Klein: Oh, yeah, yeah, definitely. I mean, once we hit a certain scale and a tipping point, which will probably be around 2025, then the total cost of ownership of an electric vehicle is going to be the same or probably cheaper. At this point, I’m on my second electric car. I also have a fleet of electric bikes, I can tell you, I’ve never had either of my electric cars in for maintenance. They’re just much lower maintenance and operating costs. But soon, I think we’ll have price parity from the jump without subsidies, because they’re actually a simpler vehicle. The President made the announcement yesterday, the $2.8 billion for battery supply chain grants, that’s going to make a huge difference because the cost of the battery is an outsize portion of the cost of the vehicle. And so I think within three years, you’re going to see a huge difference. And the fossil fuel combustion powered vehicle is going to be outmoded and looked at as old technology.

Tom Temin: Gabe Klein is director of the Joint Office of Energy and Transportation. 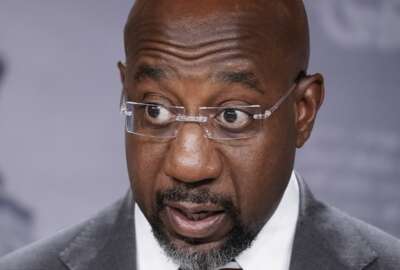 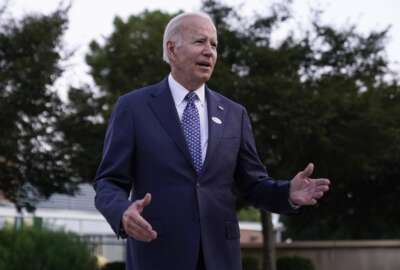 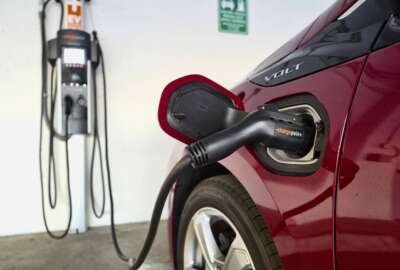