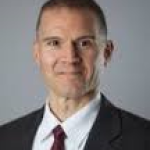 Veterans will no longer be unlawfully taxed thanks to new legislation signed into law by President Barack Obama in mid-December.

Under the Combat-Injured Veterans Tax Fairness Act of 2016 , the Defense Department will restore tax dollars improperly withheld from severance payments to veterans with combat-related injuries or for other purposes.

DoD tax paperwork informally told the service members of technical issues regarding these taxes and  instructed them to contact Defense Finance and Accounting Service (DFAS) by the end of the same year they were separated or to file an amended tax return with the IRS. The catch is, an amended tax return had to be filed within three years of separation.

“It may have been hard for advocates or veterans to realize this was going on, but clearly someone within DFAS knew,” Tom Moore, of the National Veteran’s Legal Services Program (NVLSP), told the Federal Drive with Tom Temin. “Otherwise they wouldn’t have made these informal steps to notify service members of these hoops they had to jump through to get that money back that shouldn’t haven been taken out in the first place.”

The money that was withheld was not used for a particular program or initiative, but transferred back into the general Treasury fund. Under the new law,  the government will make an exception to that standing three-year rule.

Insight by Equinix: Learn how DIA and NSA create a secure and flexible infrastructure to use AI and machine learning tools in this free webinar.

Veterans  will have one year “to file an amended tax return and the IRS will waive that three-year limitation, all of them will have the opportunity to file  if they so desire,” Moore said.

A  lawsuit, Sabo vs. United States,  settled in 2011, shined the light on the problem focusing mainly on seven service members from different military branches suffering from Post Traumatic Stress Disorder. As a result, DoD corrected approximately 1,000 veterans’ records to reflect that they should have been medically retired rather than medically separated with the disability severance pay.

“The DoD had to calculate if these veterans were going to receive any retroactive retired pay, but after taking into account the consideration of the amount of severance pay that they had previously received,  we had to review their records to determine what these payments should be to kind of make sure the Defense Finance and Accounting Service were making correct payments,” Moore said.

Pay records and research into the notification system revealed to Moore’s team that the improper tax payments didn’t affect just a handful of service members, but were a “systemic problem across the board” for every service member with a combat-related disability.

“Through our work, we see a lot of errors made by federal agencies that are detrimental to veterans, ” Moore said.

He added that while statutory violations may be common, this was different.

“This was just an egregious violation in which the government recognized that they were violating the law but failed to do anything about it for decades,” Moore said.

In 2014, the Pentagon informed the NVLSP that 37 members had their taxes wrongfully withheld, though Moore said the problem had officially been addressed “somewhere between 2012 and 2014.”

It is still unclear whether the Defense Department computer still is withholding veteran taxes, and the official number of veterans affected is unknown, but through research of the different branches, Moore’s team estimated the impact to have reached “a total of about 17,000 service members.”

Based solely on interviews, only 20 percent of veterans found out their taxes had been wrongfully withheld and took measures to mitigate the issue. The estimate was then multiplied by the remaining 80 percent of veterans interviewed in order to  better understand how many people were really impacted, Moore said.

“We just took an estimate of severance pay that the veterans we’ve assisted received and we found that the average was $22,600 and we used all of these estimates to come up with our total estimate of the impact being approximately $78 million, but again, that based on a lot of estimates for numbers as well as the values of severance pay received,” Moore said.

Moore’s team at NVLSP has not yet set up tax assistance services for completing the amended tax returns.

“One of the goals we want to do for 2017 is try to figure out what type of organizations and other entities would be able to offer their services.” Moore said. “It is a complicated process, especially when you’re reaching back as far as some of these veterans are going to be required to do.”