Information Sharing: From Compliance to Defense

What a perfect time to talk about cyber threat information sharing. With the Senate’s passage of the Cybersecurity Information Sharing Act in October, there is finally a bright light at the end of this long cyber legislation tunnel.

While CISA doesn’t do everything right and solve all the problems, supporters say it takes a major step in the right direction. The bill, which still needs to go through a conference committee to settle differences...

What a perfect time to talk about cyber threat information sharing. With the Senate’s passage of the Cybersecurity Information Sharing Act in October, there is finally a bright light at the end of this long cyber legislation tunnel.

While CISA doesn’t do everything right and solve all the problems, supporters say it takes a major step in the right direction. The bill, which still needs to go through a conference committee to settle differences between the House and Senate versions, does several things, including authorizing DHS to create a portal to accept cyber threat indicators and defensive measures from any entity in real time.

At the same time, CISA isn’t the beginning of cyber threat intelligence sharing. It’s more like a turbo boost to an already fast car engine.

The Homeland Security Department’s National Cybersecurity and Communications Integration Center has been working with industry and sharing information for several years, and DoD and DHS both have programs to work closely with their industrial bases to make the sharing of cybersecurity threat data a priority.

Cyber threat information sharing isn’t just happening at DHS or DoD. The FBI is playing a huge role especially with its iGuardian program. Recently the FBI issued a sources sought notice for its National Cyber Investigative Joint Task Force. The notice asks for vendor input into how best to use the Threat Intelligence Platform to improve the aggregation of public and private data and how to improve upon third-party data such as geolocation systems or IP address information.

And there are plenty of other examples among agencies–at Energy, at Commerce and of course within the intelligence community.

Even with all this activity around cyber threat sharing, few would argue with the fact that more needs to be done.

As the threats become more sophisticated and voluminous, the need to understand what’s happening on networks and in systems and then share that with others as soon as possible can’t be understated.

How does the government and industry move to better, to faster, to more exact information sharing?

And how best to overcome long-standing challenges that have stood in the way of cyber threat information sharing?

Denise Anderson has over 25 years of management level experience in the private sector. Denise is Executive Director of the National Health Information Sharing and Analysis Center (NH-ISAC), a non-profit organization that is dedicated to protecting the health sector from physical and cyber attacks and incidents through dissemination of trusted and timely information.

Denise currently serves as Chair of the National Council of ISACs and participates in a number of industry groups such the Cross-Sector Cyber Security Working Group (CSCSWG). She was instrumental in implementing a CI/KR industry initiative to establish a private sector liaison seat at the National Infrastructure Coordinating Center (NICC) to enhance information sharing between the private sector, CI/KR community and the federal government and serves as one of the liaisons. She is a financial and health sector representative to the National Cybersecurity and Communications Integration Center (NCCIC) — a Department of Homeland Security-led coordinated watch and warning center that improves national efforts to address threats and incidents affecting the nation’s critical information technology and cyber infrastructure. She sits on the Cyber Unified Coordination Group, (UCG) – a public/private advisory group that comes together to provide guidance during a significant cyber event – where she also represents the financial and health sectors.

Denise is certified as an EMT (B), Firefighter I/II and Instructor I/II in the state of Virginia, and is an Adjunct Instructor at the Fire and Rescue Academy in Fairfax County, Virginia. She is also certified under the National Incident Management System (NIMS). In addition, she has served on the Board and as Officer and President of an international credit association, and has spoken at events all over the globe.

Karen S. Evans is serving as the National Director for the US Cyber Challenge (USCC). The USCC is the nationwide talent search and skills development program focused specifically on the cyber workforce. She serves as an independent director and outside manager for publicly traded companies as well as a Voice of Authority for Safegov.org, an on-line forum specifically focused on cloud computing policy issues. She is also an independent consultant in the areas of leadership, management and the strategic use of information technology. She retired after nearly 28 years of federal government service with responsibilities ranging from a GS-2 to Presidential Appointee as the Administrator for E-Government and Information Technology at the Office of Management and Budget (OMB) within the Executive Office of the President. She oversaw the federal IT budget of nearly $71 billion which included implementation of IT throughout the federal government. This included advising the Director of OMB on the performance of IT investments, overseeing the development of enterprise architectures within and across the agencies, directing the activities of the Chief Information Officers (CIO) Council, and overseeing the usage of the E-Government Fund to support interagency partnerships and innovation. She also had responsibilities in the areas of capital planning and investment control, information security, privacy and accessibility of IT for persons with disabilities, and access to, dissemination of, and preservation of government information. Included in her accomplishments are making IPv6, HSPD-12, and SmartBUY (which is leveraging the federal government requirements) a reality; elevating the importance of transparency with the publication of the Management Watch List and High Risk List projects; increasing the focus on cybersecurity to include the Federal Desktop Core Configuration for the government; and balancing the expanded use of technology for citizen services with increasing demands for privacy.

Prior to becoming the Administrator, Ms. Evans was the Chief Information Officer for the Department of Energy. There she was responsible for the design, implementation, and continuing successful operation of IT programs and initiatives throughout the Department. During this time, she was the Vice-Chairman of the Federal CIO Council. Elected to the post in December 2002, she coordinated the Council’s efforts in developing federal IT programs and improving agency information resources practices.

Before joining Energy, she was Director, Information Resources Management Division, Office of Justice Programs (OJP), U.S. Department of Justice, where she was responsible for the management and successful operation of the IT program. OJP’s bureaus and offices provide funding opportunities for initiatives such as Safe Schools, Safe Start Program, Community Prosecution, Native American Tribal Courts and other programs of high local, state and national interest. Key accomplishments included the implementation of an on-line grants management system to process grants from discretionary, formula and large block grants programs, to streamlining capabilities to ensure for the expeditious processing of claims benefits to families of public safety officers after the September 11th attacks.

She currently serves as a Director on the boards of the NIC, Inc; Center for Internet Security; The Department of Veterans Affairs Acquisition Academy and Women in Technology Education Foundation and is advisory board member for several information technology companies. In addition, she chaired the West Virginia University MBA Advisory Board where she was inducted to the roll of distinguished alumni.

She holds a Bachelor’s degree in Chemistry and a Master of Business Administration degree from West Virginia University. She resides in Martinsburg, WV with husband, Randy and her two children, Jake and Samantha.

Brad Nix is the Deputy Director of the Department of Homeland Defense (DHS) United States Computer Emergency Readiness Team (US-CERT). US-CERT is charged with leading DHS efforts to improve the nation’s cybersecurity posture, coordinate cyber information sharing, and proactively manage cyber risks. Arriving at DHS in May 2014, Mr. Nix is responsible for ensuring day-to-day operations meet with the strategic focus for cybersecurity within the US Government. Prior to joining DHS, Mr. Nix served 6 years as the first Chief information Security Officer at USDA’s Food & Nutrition Service.

Mr. Nix holds a Master’s in Management Information Systems from the University of Virginia, and a Bachelor’s in Business Administration from James Madison University. He is a Certified Information Systems Security Professional (CISSP) and an American Council for Technology / Industry Advisory Council (ACT-IAC) Fellow and Executive Council member.

C. Todd Ratcliffe was appointed a Special Agent of the Federal Bureau of Investigation (FBI) in June, 1997. Mr. Ratcliffe has a Bachelor of Science Degree in Accounting, a Master’s Degree in Curriculum and Instruction, and is a Certified Public Accountant (inactive). Prior to joining the FBI, Mr. Ratcliffe worked in the public, private, and government sectors as an accountant and computer systems manager.

As Special Agent, Mr. Ratcliffe’s first assignment with the FBI was in the Milwaukee Division, where he spent seven years investigating White Collar, Cyber, and Public Corruption matters. Mr. Ratcliffe successfully investigated some of the first sub-prime lending mortgage fraud schemes for the FBI beginning in late 1997, and established a Mortgage Fraud Task Force. After successfully completing the mortgage fraud initiative, Mr. Ratcliffe was assigned to investigate public corruption matters. Mr. Ratcliffe revitalized the public corruption program for the Milwaukee Division and established a Public Corruption Task Force which successfully handled one of the most significant corruption cases in the history of Wisconsin.

In January 2005, Mr. Ratcliffe was promoted to Supervisory Special Agent and transferred to the Criminal Investigative Division, FBIHQ. In this position he served as a Program Manager in the Public Corruption Unit. During this assignment Mr. Ratcliffe provided FBIHQ support to numerous significant public corruption investigations, coordinated the initial stages of the Public Corruption Unit’s response to Hurricane Katrina, and provided national oversight to the FBI’s Foreign Corrupt Practices Act investigations.

Mr. Goodwin joined ViaSat in 1991.  Hired as a senior software engineer, he has gone on to serve as program manager, networking and security products systems engineer, VP of business development, and group VP for the Secure Network Systems business.

Now he has responsibility for day-to-day operations of this segment that develops and produces network-centric IP-based secure fixed and mobile government communication systems, products, and services for collecting and disseminating secure, real-time digital information between command centers, communications nodes, and air defense systems.

Mr. Goodwin holds a B.S. in Physics and Mathematics from Point Loma Nazarene University, and an MSEE from the University of Southern California. 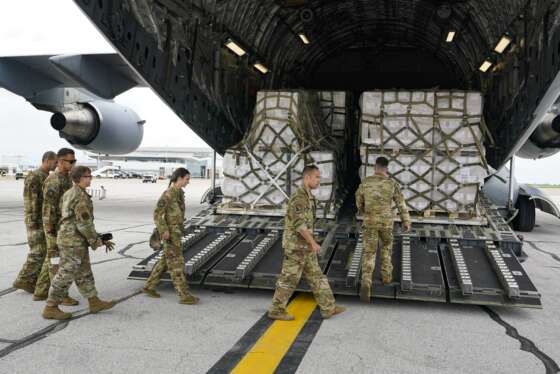