Clearing the path toward IT modernization

Agencies are spending about 75 percent of their IT budgets on legacy systems, commonly known as operations and maintenance (O&M), and only about 25 percent on modernization efforts, commonly known as development, modernization and enhancement (DME). The Office of Management and Budget wants to bring those ratios closer together and at the same time address major cybersecurity concerns.

Agencies can shift their approaches, their thinking and their workforces toward modern IT infrastructures to address both of these challenges.

The move to a modernized infrastructure requires a consolidated data center, but that requires money and manpower that many agencies don’t have.

Instead, agencies need to move out of the siloed three-tiered architectures of systems, storage and networking, and toward a hyperconverged infrastructure (HCI).

“HCI offers scalability to the data center. It easily plugs into other appliances so the cost is low and the time to install is quick,” he said. “With Nutanix’s HCI, security is built into the software development lifecycle and we’ve incorporated the Defense Information Systems Agency’s Security Technical Implementation Guide (STIG), Capability Maturity Model Integration (CMMI) and Federal Information Processing Standards (FIPS) requirements.”

Howard said the benefits of moving to HCI also includes costs savings. He said one agency Nutanix worked with reduced the number of servers they were using to 10 from 60, and the number of people supporting those servers to four from 16.

“The other 12 people were retrained and moved into mission roles,” Howard said. “Our goal is to create efficiencies into the day-to-day basics so agencies can shift their focus from hardware to mission critical needs.”

Chris Howard is Vice President of U.S. Federal at Nutanix. In this role, he leads a team of more than 50 dedicated professionals in the areas of direct sales, channel sales, engineering and marketing in serving U.S. Federal government customers all over the world. Chris has worked in close partnership with Defense, Civilian and Federal contractor organizations for more than 20 years, over which time he developed a strong expertise in virtualization and data center infrastructure solutions. Prior to joining Nutanix, he held leadership positions at VMware and Dell. He earned his Bachelor of Science degree in Business Administration with a major in Accounting from West Virginia University.

For more on Enterprise IT Month 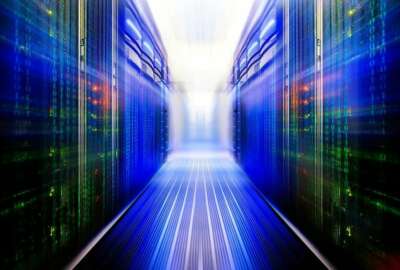