IT Optimization: Knowing your baseline and minimizing risks

Majed Saadi, chief technology officer at Govplace, said cloud is becoming one of the tools in the toolbox, or “spectrum of choices,” to choose from when an agency wants to optimize its workload.

“There’s a lot of new use cases developing and rising in the federal government,” Saadi said. “Shared services is becoming a real thing. The intersection of a lot of different initiatives like cybersecurity, IoT, and cloud computing, is creating the need for...

Majed Saadi, chief technology officer at Govplace, said cloud is becoming one of the tools in the toolbox, or “spectrum of choices,” to choose from when an agency wants to optimize its workload.

“There’s a lot of new use cases developing and rising in the federal government,” Saadi said. “Shared services is becoming a real thing. The intersection of a lot of different initiatives like cybersecurity, IoT, and cloud computing, is creating the need for that optimization to happen.”

Saadi said optimization is enabling any environment to make more use of its existing resources, while at the same time minimizing risk of reducing performance.

“In a nutshell we want to give you the best experience we can, and save as much money and power, and utilizing everything on all the resources that we’ve invested in, so that we don’t have to buy more and more and more,” Saadi said.

That’s important for federal agencies, who’ve found about 70 percent of their IT budgets are going toward maintaining legacy systems.

You can’t optimize unless you have a baseline, Saadi said. That means understanding the mission you support and the work you do to support that mission.

Treasury Inspector General for Tax Administration CIO George Jakabcin said his agency’s mission is about balancing internal oversight and partnering with the IRS to protect taxpayers against fraud and scams.

The people at the National Cancer Institute’s Center for Biomedical Informatics and Information Technology know that they are not the mission of NCI, but rather their work supports cancer research, said Jeff Shilling, who leads IT and infrastructure operations at the center.

“What they need yesterday is not always what they’re going to need tomorrow,” Shilling said.

Bob Nicholson, business development manager at Dell Federal, said if industry is expecting people to use IT differently, it has to be ready to sell IT differently.

“If you want to transform how your workforce is operating, that’s how we have to start the conversation,” Nicholson said. “It’s a journey. There’s going to be different stages to it. All of the information; keep that feedback loop going, continue the conversation going forward.”

Thomas Beach serves as the Chief Data Strategist and Portfolio Manager of the Digital Service & Big Data (DSBD) at the U.S. Patent and Trademark Office. He develops and delivers on both open data and big data initiatives to unleash and unlock the value of patent and trademark data and to harness the power of “big data” enterprise-wide as a data-driven analytics program (data science and machine learning based) to gain business intelligence and insights at every operational level to ensure that patents and trademarks are of the highest quality.

George Jakabcin is the Chief Information Officer for the Treasury Inspector General for Tax Administration (TIGTA). In fiscal year 2015, TIGTA identified monetary benefits totaling more than $14.6 billion in IRS recommendations for improved operations or over $18 million per TIGTA FTE.  George is an accomplished executive with over 40 years of experience in information technology, information systems security, telecommunications, and systems integration.

Jeffrey Shilling leads the IT and Infrastructure Operations branch in NCI’s Center for Biomedical Informatics and Information Technology (CBIIT). In this role, Jeff manages the centrally provided IT for the NCI enterprise, which includes server and endpoint hardware, COTS software, network, desktop support, and policies required to support NCI’s scientific and administrative activities. These services play a critical role in advancing the NCI mission.

Majed Saadi is the Chief Technology Officer at Govplace. He is tasked with codifying Govplace’s capabilities and offerings as well as supporting technical innovation across the enterprise. Previous to his current role, Majed served as the Chief Technology Officer for the Civilian Agencies Business Area at SRA International. This encompassed Federal agencies with missions focused on diplomacy, energy, financials, transportation as well as other civilian centric missions. During his time at SRA he also served as the Director of the Cloud Computing Practice. His cloud practice developed offerings in service areas ranging from Cloud Strategy Development to Cloud Management. He additionally participated in the creation of award winning go-to-market offerings AcuITy® for IT Decision Making Enablement and Stratify® for Cloud Security.

Majed has held progressively senior positions as a thought leader for other Federal Systems Integrators such as QinetiQ North America and 3H Technology. He regularly speaks at industry leading conferences and symposiums about topics ranging from using IT in public health to Cloud Computing’s impact on modern organizations.

Majed has over 20 years of experience in IT Strategy Development, Enterprise Architecture, and Enterprise Systems Management. He holds a Master’s degree in IT Management from the University of Virginia as well as several industry certifications including TOGAF 9, ITIL, ISO 20000, and Management of Risk (MoR).

Bob Nicholson is currently a Business Development Manager for the Dell Federal team with a concentration on Federal Civilian agencies and Cyber Security solutioning.

Prior to that Bob spent 15 years as a security practitioner within the federal government. For 10 of those years, he worked in the datacenter implementing many IT Security solutions and ultimately maturing business processes in order to substantiate a Security Operations Center. He then moved over to the CIO’s office working directly for the CISO as the Director of Technical Operations where he led many governance initiatives including, but not limited to, Enterprise Penetration Testing Program, Data Loss Prevention Program, Static Code Analysis, Incident Response Process and Reporting, Trusted Internet Connections including Einstein 2 and 3 implementations, and implementing their CDM dashboard and reporting. 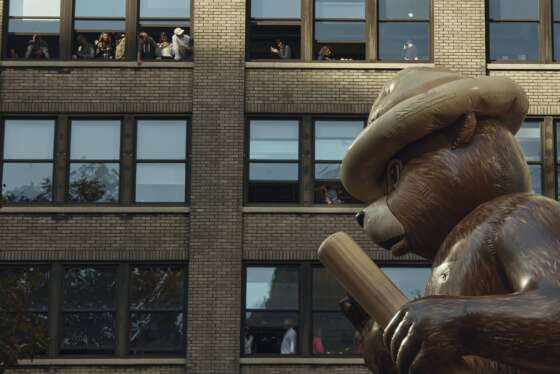