But over the last almost eight years, OMB has moved the goal posts, argued over metrics with the Government Accountability Office and came up with an assortment of approaches to classify and reclassify, reduce and consolidate and finally to optimize federal data centers.

The most recent memo from August 2016, former Federal CIO...

But over the last almost eight years, OMB has moved the goal posts, argued over metrics with the Government Accountability Office and came up with an assortment of approaches to classify and reclassify, reduce and consolidate and finally to optimize federal data centers.

The most recent memo from August 2016, former Federal CIO Tony Scott told agencies to evaluate options for transitioning to provisioned services in the cloud, for migrating to interagency shared services or co-location services or to further optimize their current data centers.

For our discussion, we will focus on the cloud option. The cloud presents new challenges, particularly as data is moved off-premises. Agencies need to rethink their processes and consider how technologies such as virtualization can help make federal systems both efficient and safer from attack.

And of course, data center optimization is a key piece to any IT modernization strategy.

In fact, a major section to the White House’s draft IT modernization strategy focuses on network modernization and consolidation. This section aims to remove some of the impediments that have stopped agencies from moving apps to the cloud.

So how can agencies take advantage of the cloud, particularly hybrid cloud options, modernize apps and still keep data secure?

Frank Konieczny, a Senior Level executive, is the Chief Technology Officer, Office of Information Dominance and Chief Information Officer, Office of the Secretary of the Air Force, the Pentagon, Washington, D.C. He has primary responsibility to advance the technology landscape of the Air Force.  His current focus areas include the developing the technical target baseline, mobile enterprise solutions, data management, IdAM access/claims management, cyber and technology innovation pathfinders and advancing the Joint Information Environment

Doug Nash has spent his information technology career in public service and the private sector focusing on customer service, mission enablement, and innovation. He has worked for the federal government since 1991 and is currently the USDA Agriculture Marketing Service CIO. Prior to this Doug served as USDA’s Deputy CIO leading USDA’s network and cloud modernization; and the Forest Service CIO leading major IT modernization, while delivering IT services to a wide range of customers across the U.S.  During Nash’s Forest Service tenure, he also held a variety of senior leadership positions including Deputy CIO, Director of Information Resources for the Eastern Region, and Director of the Information Solutions Organization. Prior to joining federal service, he worked as a software engineer for TRW Space and Defense Sector, and was a senior consultant for Oracle Corporation’s Federal Services Division. He holds a Bachelor of Science degree in Management Information Systems from George Mason University, and is a retired United States Army Reserve officer.

Tim Thorpe has served in various engineering and information technology positions within the Department of the Navy and Army. He joined the Environmental Protection Agency (EPA) in 1998. During his tenure with EPA, he has held Team Leader, Branch Chief, Associate Director and National Computer Center Data Center Director positions. Tim currently serves as the Director of Enterprise Hosting Division with the Office of Information Technology Operations, Office of Environmental Information. He provides strategic IT leadership and consultation to a broad range of EPA Program Managers and agency partners on IT modernization, data center management and application hosting. He serves as the agency lead for IPv6, DCOI, and multiple cloud initiatives. He graduated from North Carolina Agricultural & Technical State University with a degree in Industrial Engineering. He began his federal career at the Naval Ordnance Station, Indian Head, MD where he worked as a test and evaluation engineer prior to moving into information technology. He received a Master of Business Administration from Florida Institute of Technology in 1993.

Mike Wilkerson has a proven track record of building high-performance teams with over twenty years of Federal and IT experience. He has been a major driver of the transition toward digital workspaces within the federal government. Mike has been an influencer in bringing cloud solutions into the mainstream by having the U.S. Census Bureau’s AirWatch® deployment included in FedRAMP architecture and is progressing toward a NIAP Common Criteria validation of AirWatch.   In 2016, Mike won the FedScoop50 for industry leadership and insight.

Prior to Mike’s current role he helped build the Federal Systems Engineering organization at VMware and grew the team to take on State and Local Government and Education. Mike has demonstrated remarkable leadership by growing from a team of five sales engineers to a team of 88 sales engineers, and drove a 500% increase in revenue in just nine years. Prior to joining VMware Wilkerson held various IT leadership roles in the telecommunications and federal market, both in the US and the Middle East.

He is a graduate of Old Dominion University with a bachelor’s degree in electrical engineering. In addition, he is enrolled in graduate studies at the University of North Carolina at Chapel Hill.

Mike is an active member of his community where he is a volunteer girls’ softball coach and has served on the board of his local Little League.  When he’s not helping his two daughters perfect the perfect pitch, he can be found behind the grill. 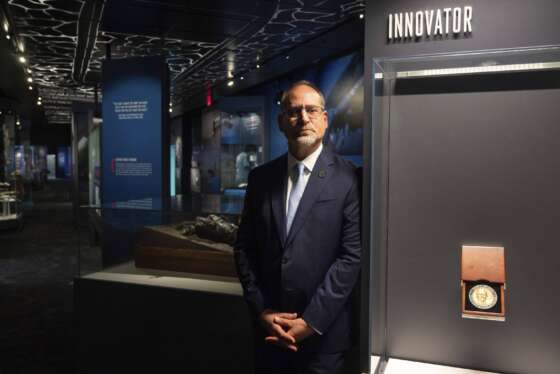