Modernization takes a lifecycle approach, and contractors who can support it 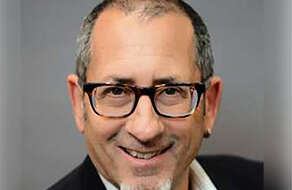 As the U.S. armed services modernize, they’re finding modernizing requires an integrated approach to the hardware platform engineering, logistics, maintenance support and workforce training. Contractors best able to cover those bases will be in the best position to help the military maintain the competitive offset so crucial to the age of near-peer competition.

And on the personnel front, according to Vertex President and Chief Executive Officer Ed Boyington, the DoD faces the challenge of an...

With the technology we have today, you've got a lot to draw from. But it's a matter of where do you most accurately apply that. There’s still the need for some classroom training. But there's also virtual; there's augmented reality, which we're seeing a lot of, particularly on our commercial side, right now.

We have a capability to take everything from initial concept through the engineering phase, build it there, test it, field it and operate it, train to it, operate it in the field and retire it at some point. And modernize again.

As the U.S. armed services modernize, they’re finding modernizing requires an integrated approach to the hardware platform engineering, logistics, maintenance support and workforce training. Contractors best able to cover those bases will be in the best position to help the military maintain the competitive offset so crucial to the age of near-peer competition.

And on the personnel front, according to Vertex President and Chief Executive Officer Ed Boyington, the DoD faces the challenge of an aging workforce just as the time updates, not only hardware but also software, are coming rapid-fire.

“It certainly is a challenge on the training side just finding highly qualified people, particularly in the business we’re in, where we’ve got the civilian workforce doing contract logistics, support, and engineering and those kinds of things,” Boyington said. “That talent challenge is even more acute than it has been in the past.”

Modernization makes it critical to apply new approaches to knowledge preservation and transfer, and to training. The latter must be faster and more efficient, delivered in a variety of formats, if only because few agencies can afford to have their people tied up in long classroom sessions, Boyington said. Techniques such as augmented reality delivered on site can help, he added, especially as a rising generation of civilian employee and uniformed service members arrive already with a technology bent.

Vertex has itself been working to keep up with the lifecycle needs brought about by Defense modernization, Boyington said. To expand its legacy aircraft maintenance and training business, it recently acquired the sustainment and modernization, and defense and commercial training businesses from Raytheon. He said the acquisition gives Vertex nine of the 12 most important service and product offerings the DoD needs for lifecycle support and sustainment.

“We really wanted the ability to bring our customer fully vertically integrated aftermarket support, organization and solutions offerings,” Boyington said. He said the company is prepared to meet the government using whatever contracting modes each lifecycle phase of modernization requires, for example whether Other Transaction Authority, operations and maintenance contracting vehicles, or open, competitive acquisitions.

John “Ed” Boyington, Jr. was named President and CEO of The Vertex Company in June 2018. From 2015 to 2018, he served as President of L-3 Vertex Aerospace where he was responsible for the successful execution of a complex portfolio of aviation programs with global reach across a broad customer base.

Retiring as a U.S. Navy Rear Admiral, he held numerous positions of leadership throughout his military career, including Squadron Commands and Chief Systems Engineer for Patrol and Reconnaissance Aircraft, Naval Air Systems Command. Mr. Boyington’s distinguished Flag Officer assignments includes Chief of Naval Air Training, an organization comprised of over 1,150 aircraft and 17,000 personnel, where he was responsible for all undergraduate and graduate aviation training for the U.S. Navy, Marine Corps, Coast Guard, foreign military, and shared joint Air Force training. Other flag commands include Commander of Navy Region South, Commander of Mine Warfare Command composed of 26 ships and two helicopter squadrons, Commander of Iceland Defense Force, NATO Commander of Iceland, and Commander of Patrol and Reconnaissance Forces Atlantic. His additional major command positions include Commander of Patrol Wing One (Japan), CTF-72, and CTF-57 (Persian Gulf).

Mr. Boyington is a rated Army helicopter pilot, a dual rated Naval Aviator, and an Experimental Test Pilot with over 8,500 hours in 92 different aircraft, including over 600 armed combat missions. His numerous awards include the Navy Distinguished Service Medal, Bronze Star (V), 26 Air Medals (V), and The Order of the Falcon with Commanders Cross presented by the president of Iceland.

He earned a bachelor’s degree from the University of West Florida, a Master of Science in Aeronautical Engineering from the Naval Post Graduate School, and a Master of Science in National Resource Management from the Industrial College of the Armed Forces. Mr. Boyington is a graduate of the Naval Test Pilot School, DSMC Program Manager, Sr. Executive Program Managers courses, a DoD Designated Level 3 Acquisition Professional, and a UWF Distinguished Alumni