Call it the ghost of spending bills past.

As Congress works to hammer out a budget deal before the Dec. 11 deadline — House Appropriations Committee Chairman Hal Rogers (R-Ky.) on Wednesday floated a short-term continuing resolution to buy time to negotiate at least until Dec. 16 — the federal workforce, agencies and employee advocates are finding themselves in a familiar shutdown situation.

“The administration strongly believes that a lapse in appropriations should not occur,” an Office of Management and Budget spokeswoman...

Call it the ghost of spending bills past.

As Congress works to hammer out a budget deal before the Dec. 11 deadline — House Appropriations Committee Chairman Hal Rogers (R-Ky.) on Wednesday floated a short-term continuing resolution to buy time to negotiate at least until Dec. 16 — the federal workforce, agencies and employee advocates are finding themselves in a familiar shutdown situation.

“The administration strongly believes that a lapse in appropriations should not occur,” an Office of Management and Budget spokeswoman told Federal News Radio. “There is enough time for Congress to prevent a lapse in appropriations. However, at this time, prudent management requires that the government plan for the possibility of a lapse and OMB is working with agencies to take appropriate action. This includes agencies reviewing relevant legal requirements and updating their plans for executing an orderly shutdown. Determinations about specific programs are being actively reviewed as agencies undertake this process. It is our hope that this work will ultimately be unnecessary and that there will be no lapse in appropriations.”

Earlier this week the administration said it was willing to do what it could to keep federal doors open, as long as lawmakers left the partisan bickering  out of the deal.

“We have been clear that if members of Congress needed an extra day or two in order to pass legislation, that the President would ensure the government didn’t shut down while they were going through the legislative mechanics of passing a bipartisan budget agreement,” said White House Press Secretary Josh Earnest during a Dec. 8 briefing with reporters. “But Congress has had ample time to negotiate, and the only thing that’s blocking negotiations right now is the insistence on the part of Republicans to use the budgetary process to advance their stalled ideological agenda.”

On Dec. 9, Earnest reiterated that these “ideological riders” attached to the omnibus bill were tantamount to “poison pills.”

“I’m hopeful, before we reach the deadline, that Republicans will abandon that strategy,” Earnest said.

House Speaker Paul Ryan (R-Wis.) said Tuesday that a short-term spending bill was needed to extend the Dec. 11 deadline and allow Congress to straighten out the $1.1 trillion governmentwide spending bill.

“We need to get it right,” said Ryan, the Associated Press reported. “I don’t want us to go home until we get this done.”

The current spending bill is the result of a late-game deal on Sept. 30, which provided funding for the government until Dec. 11.

A spokesperson for Sen. Tim Kaine (D-Va.), who serves on the Budget Committee, said the Virginia lawmaker felt it was “imperative that Congress finish its work before the holidays to give the American people the certainty of knowing there will not be another government shutdown.”

While it’s unfortunate that another CR is needed, the spokesperson said, the senator was prepared to support the measure to ensure the government stays open.

“We remain hopeful that Congress will focus on the task at hand and pass a budget that allows federal employees to continue providing the programs and services that the public counts on,” he said.

“They start worrying about whether they will be furloughed with no pay or be required to work without knowing when they’ll get paid,” Reardon said. “It is terribly unfair for Congress to put federal employees in this situation when they’re not to blame.”

Reardon said NTEU was again backing Sen. Ben Cardin’s (D-Md.) Federal Employee Fair Treatment Act, which would guarantee federal employees would be paid regardless of furlough or excepted status during a shutdown.

Drew Halunen, legislative director for the National Federation of Federal Employees, said his organization was lending its support to the fight against Defense Department cuts to travel reimbursement.

“The policy was unilaterally imposed by DoD, and it is taking money directly out of the pockets of hardworking federal employees — including a significant segment of the 50,000 DoD employees NFFE proudly represents. These cuts are callous and harmful, and they must be stopped,” he said.

As for the budget negotiations, NFFE National President William Dougan was critical of what he said was a lack of will to separate political issues from financial credit.

The 16-day government shutdown triggered in 2013 forced federal employees to miss millions of days of work, and agencies lost millions of dollars in revenue.

In its post-shutdown analysis from 2013, OMB estimated that federal workers missed 6.6 million days of work and cost more than $2.5 billion in lost productivity, and pay and benefits for employees. Overall, federal agencies furloughed roughly 850,000 employees per day in the early days of the 2013 shutdown — nearly 40 percent of the entire civilian federal workforce, OMB’s report stated. 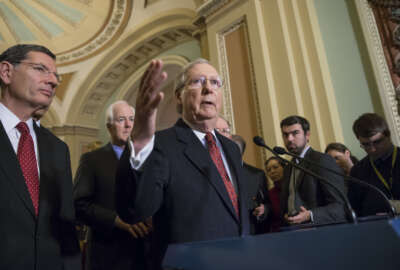 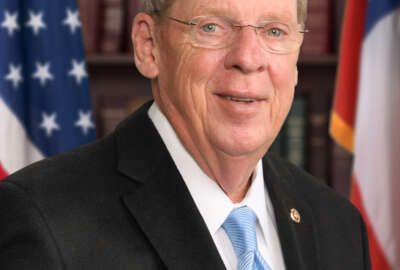